Mike and I went into 2013 determined to herp as much as we could possibly get away with, tacking on even short trips onto visits with family and friends. Of course, we were hoping for some lifers, but had no idea we would do as well as we did.

*Edited to remove the first picture and text. Ben is correct; it was irresponsible of me to post it and I apologize.*

The first official lifer was found in early April, on a visit to my mother-in-law's place in Eastern NC. We were poking around a rest stop, looking for anoles and tree frogs, and the attendant on duty said we should look around by the toolshed (which we had avoided because of the "No Trespassing" signs). With permission, we went for it!

After finding a couple of Atlantic Coast Slimy Salamanders (a lifer from 2008), we moved towards a spot with lots of downed branches. Mike yelled an expletive, followed by "LIFER!" I didn't know what to expect. 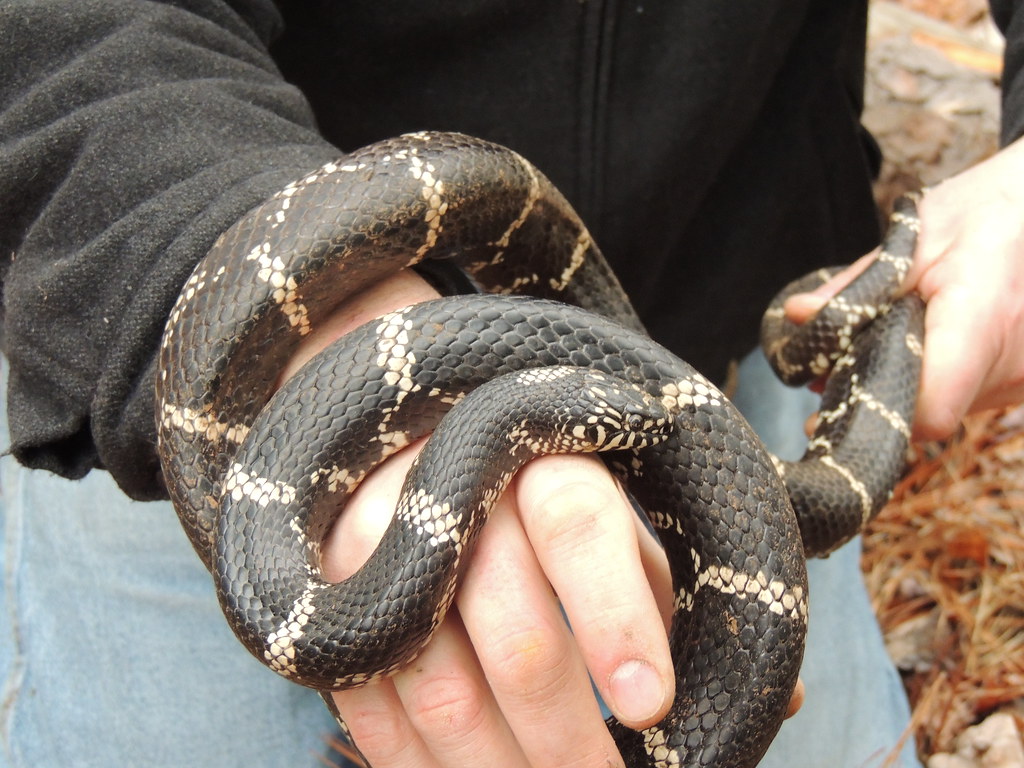 We drove the rest of the way to Mike's mom's house totally elated, hoping this was a sign that we would have a great trip.

After a few minutes of relaxing and talking to mom and her husband, Jim, it was suggested we go herp the yard. (Mike's mom -- she get it. Jim does, too.) 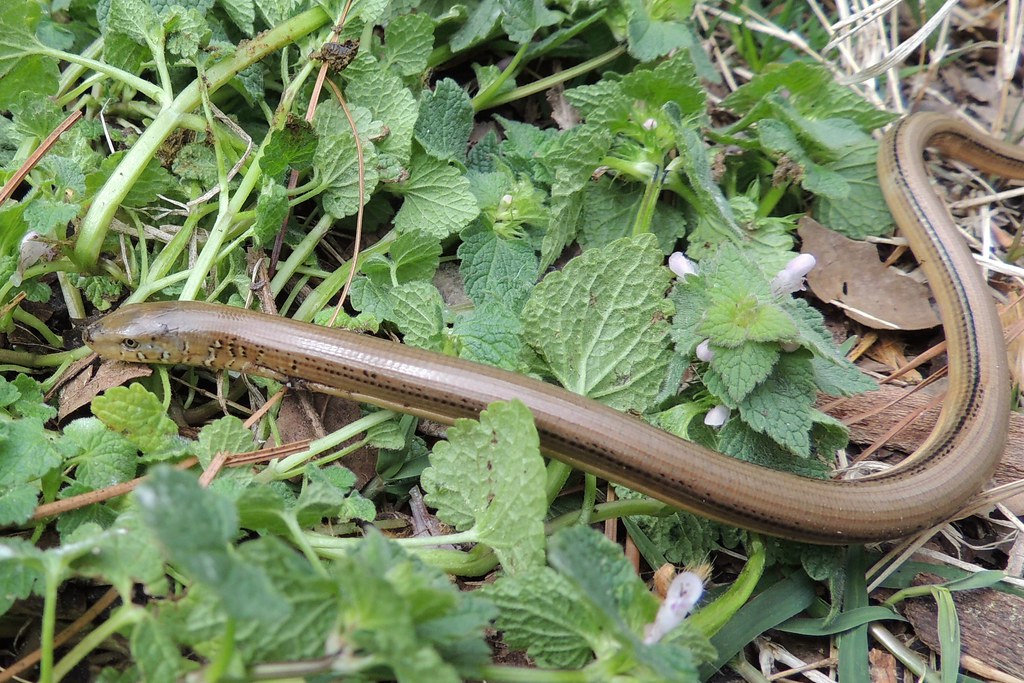 The next day was a full day of herping, then family time at night. The lifers started coming hot and heavy. 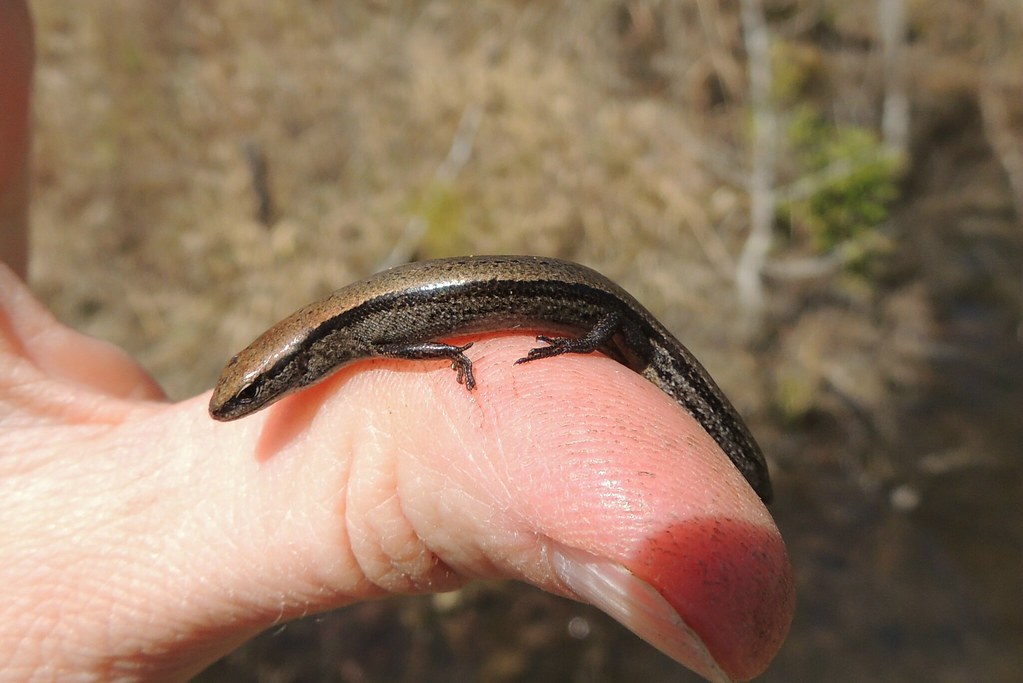 (This technically may not be a lifer for me, as there was something that always scurried through the dried plantain leaves next to my house in New Orleans that I think were ground skinks. I could never get a good look at them, though.) 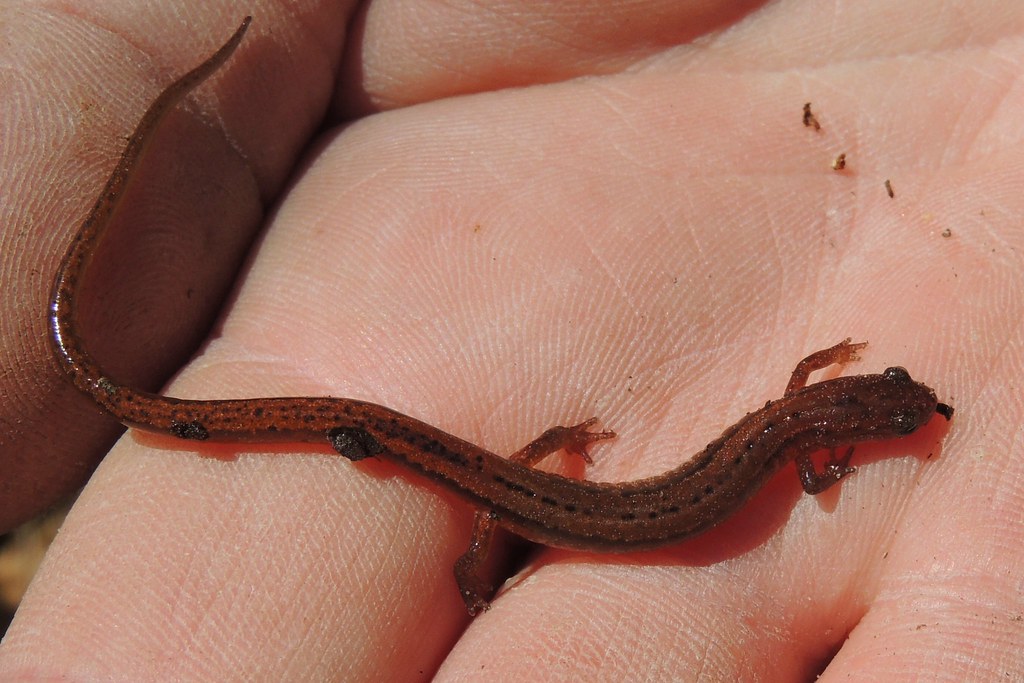 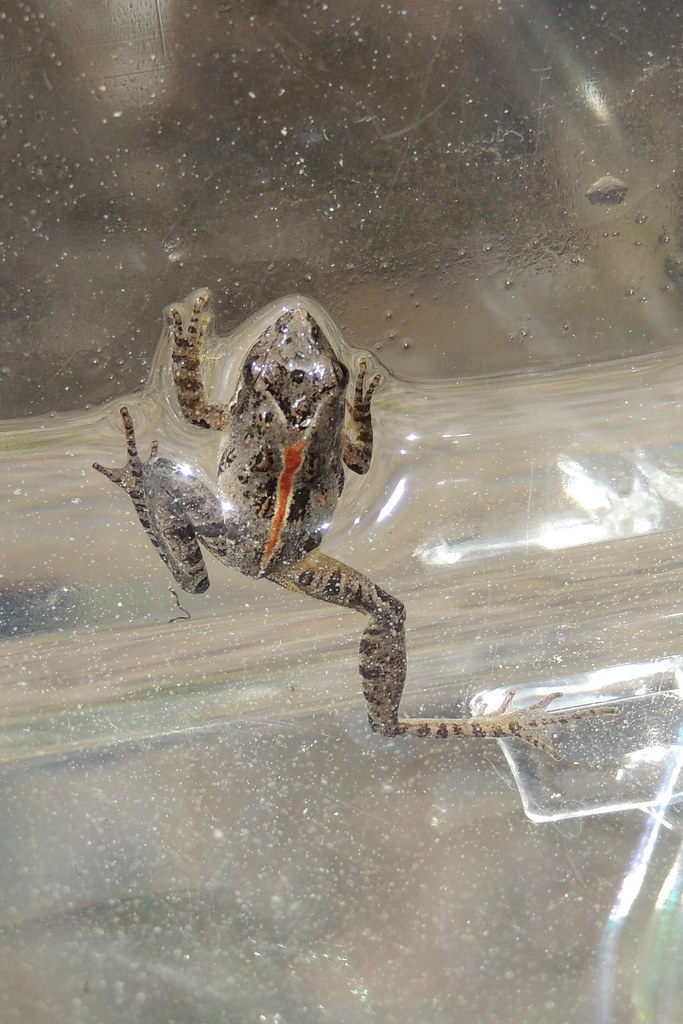 Lifer #6 - It turns out that this is Northern Red-bellied Cooter (Pseudemys rubriventris) and not a River Cooter (Pseudemys concinna). Mike h (who, if you don't know this by now, is my husband), posted a photo with a river cooter in it downthread, which keeps us at 21 lifers! 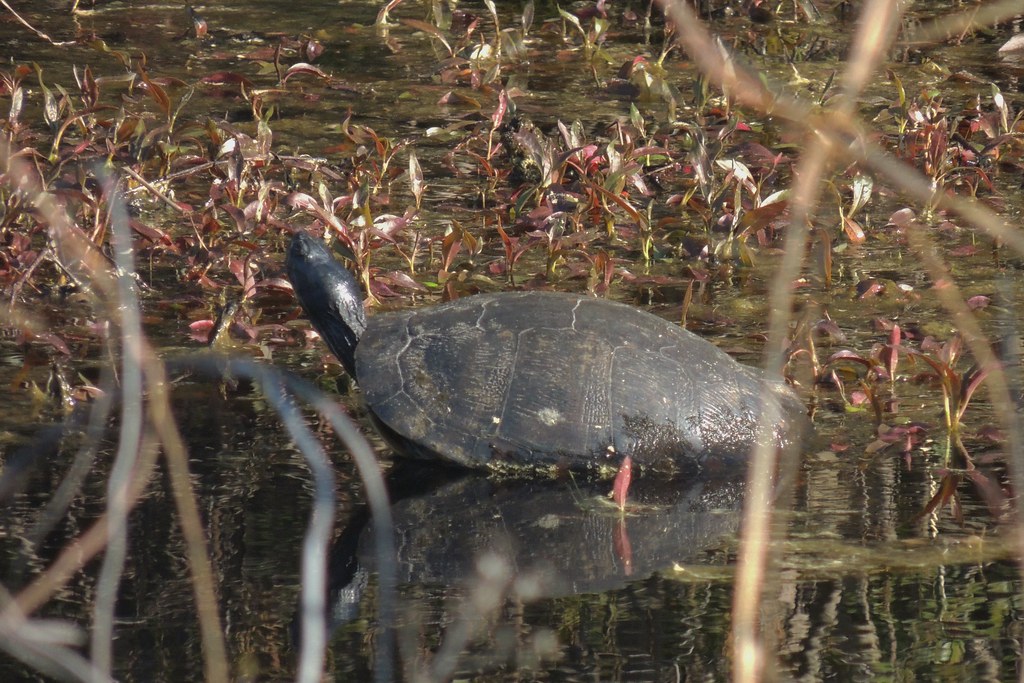 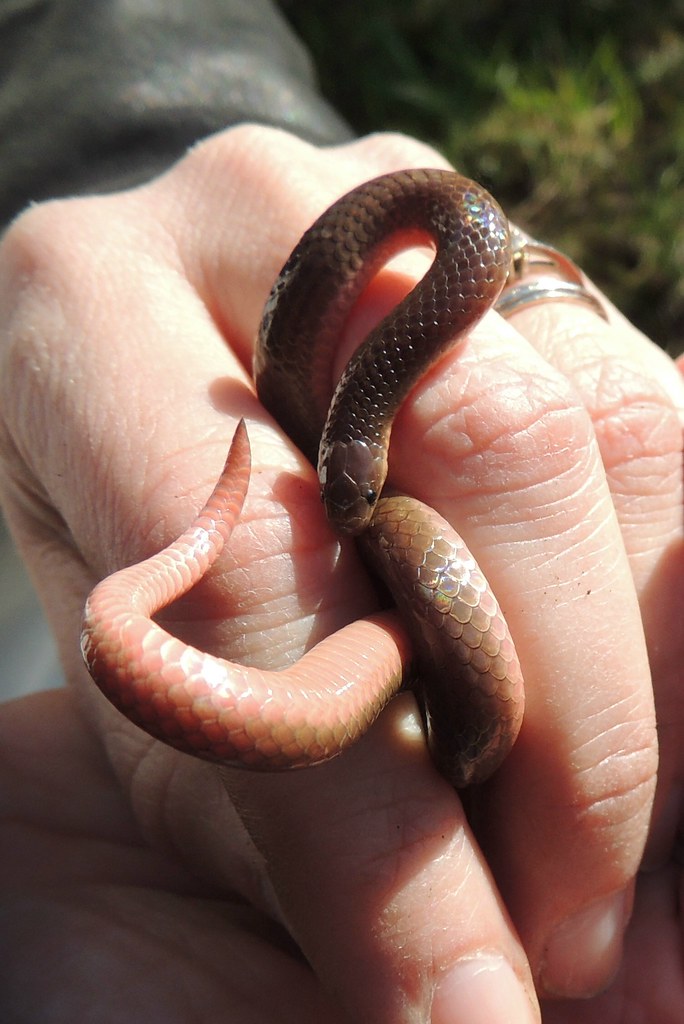 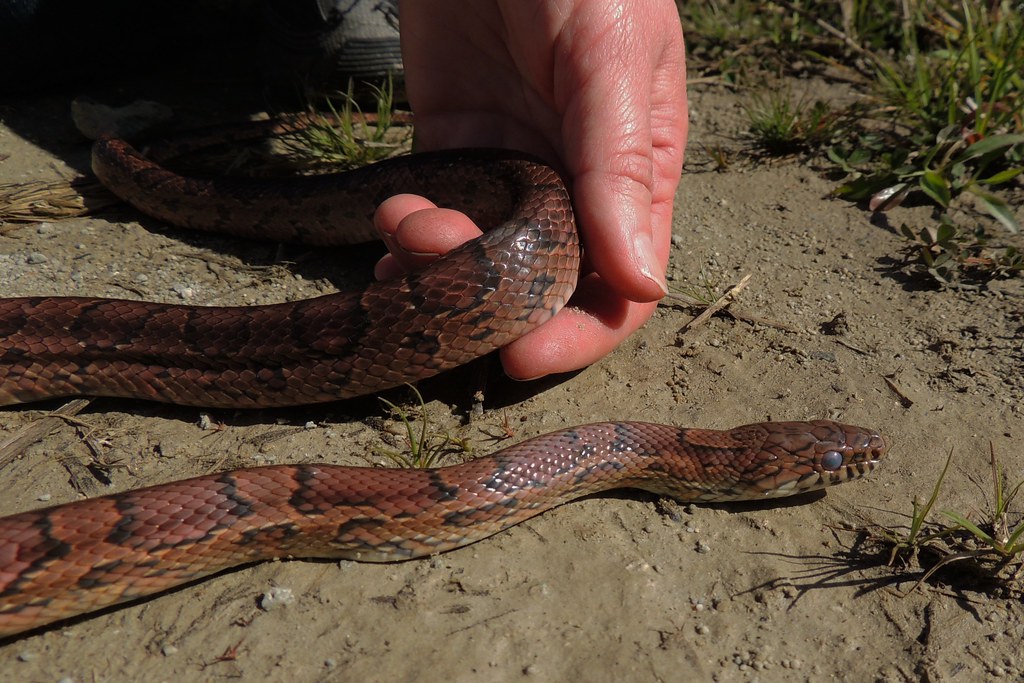 Our next lifers were in May, when we visiting Kyle Loucks at his cottage (there's a thread about it here). We actually found a lifer on our own when we made a stop at a park about 30 minutes from his place. We weren't quite sure what we had at the time... 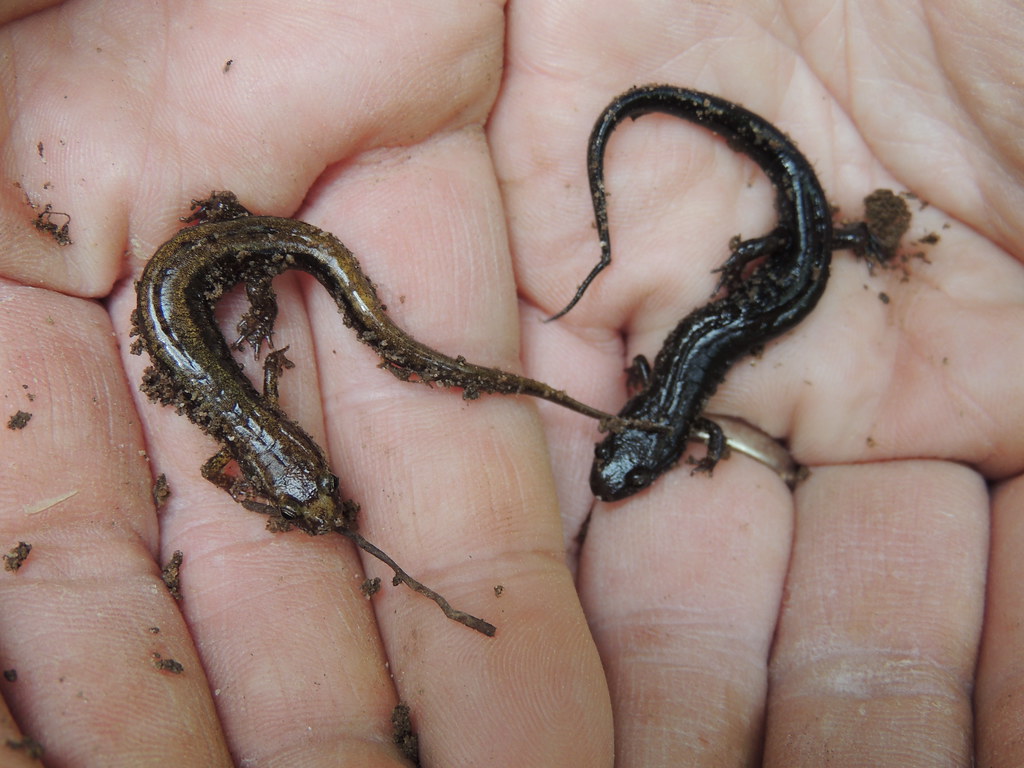 Then we went out with Kyle and Tom (paturtlelover). 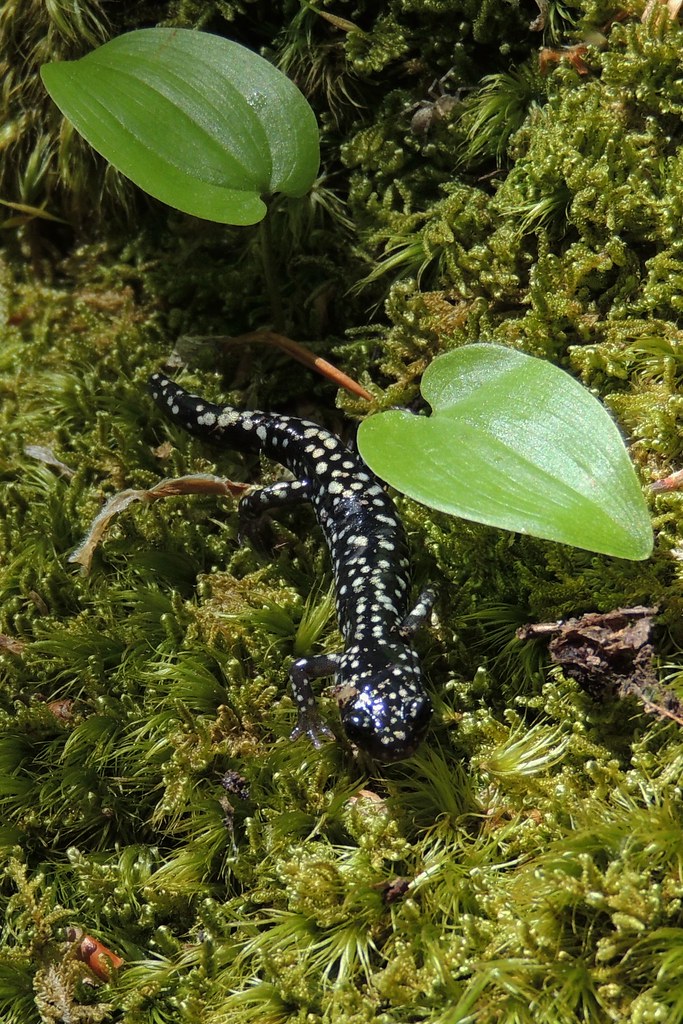 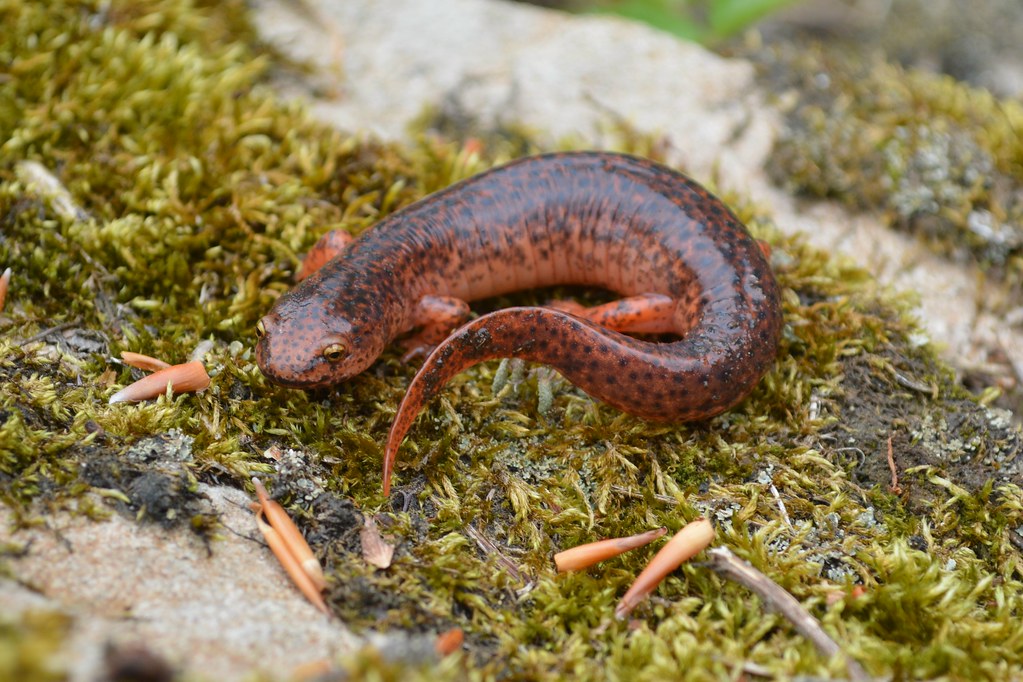 This was just the first day...then came the second day. 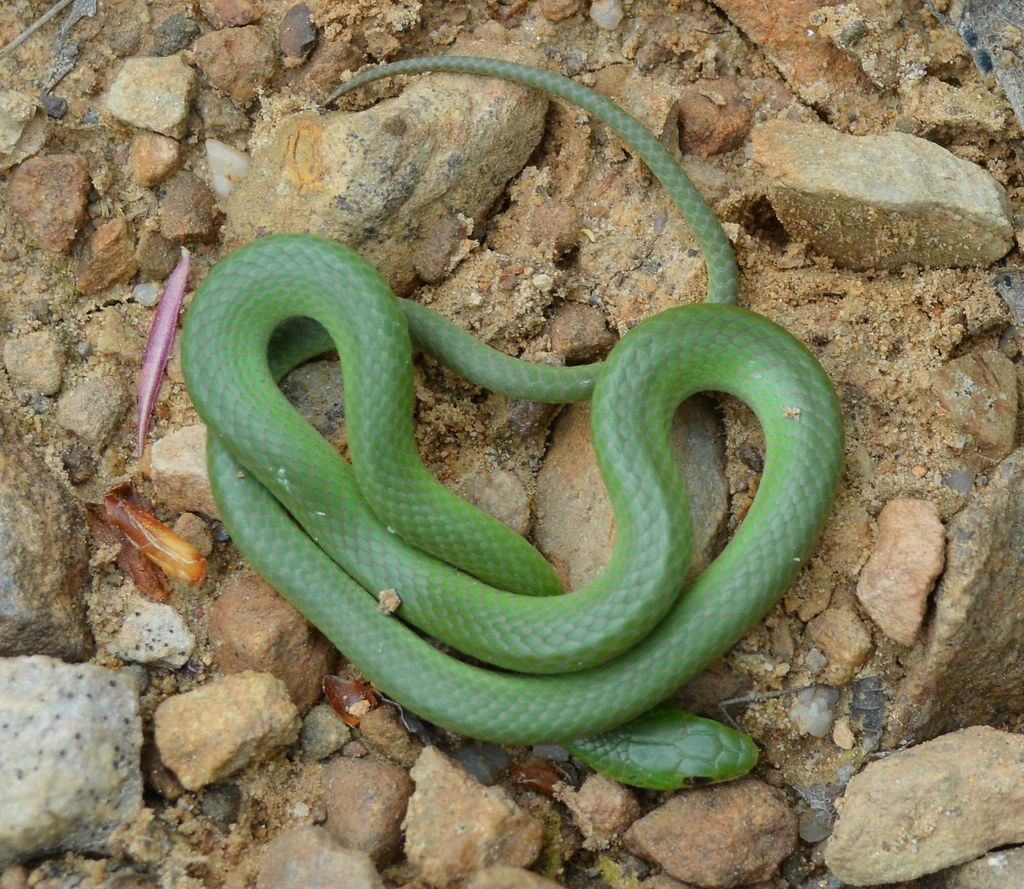 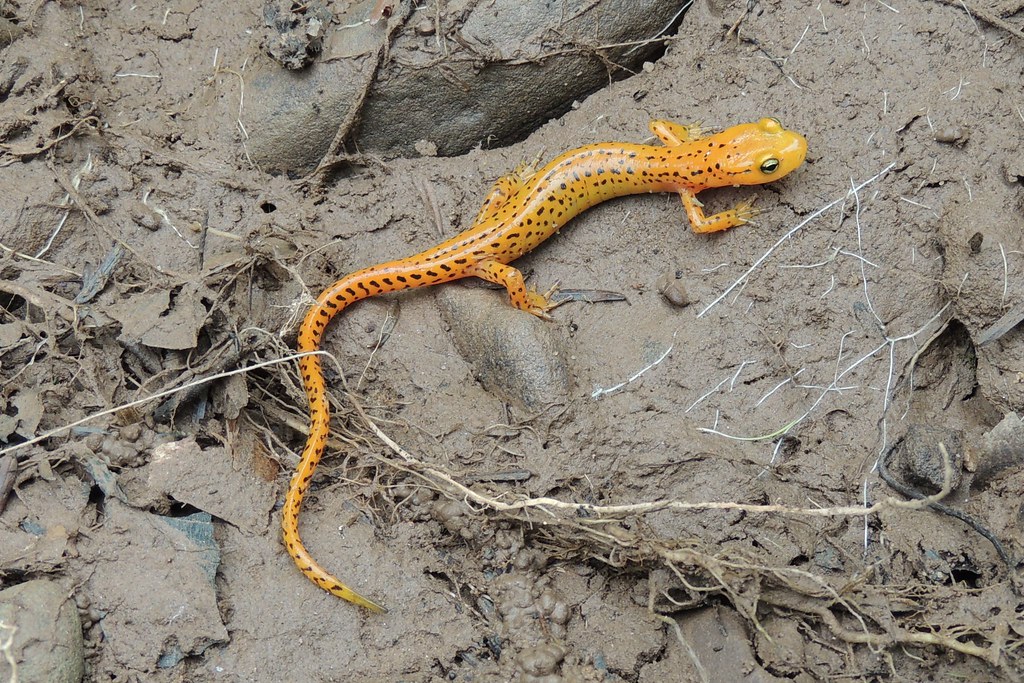 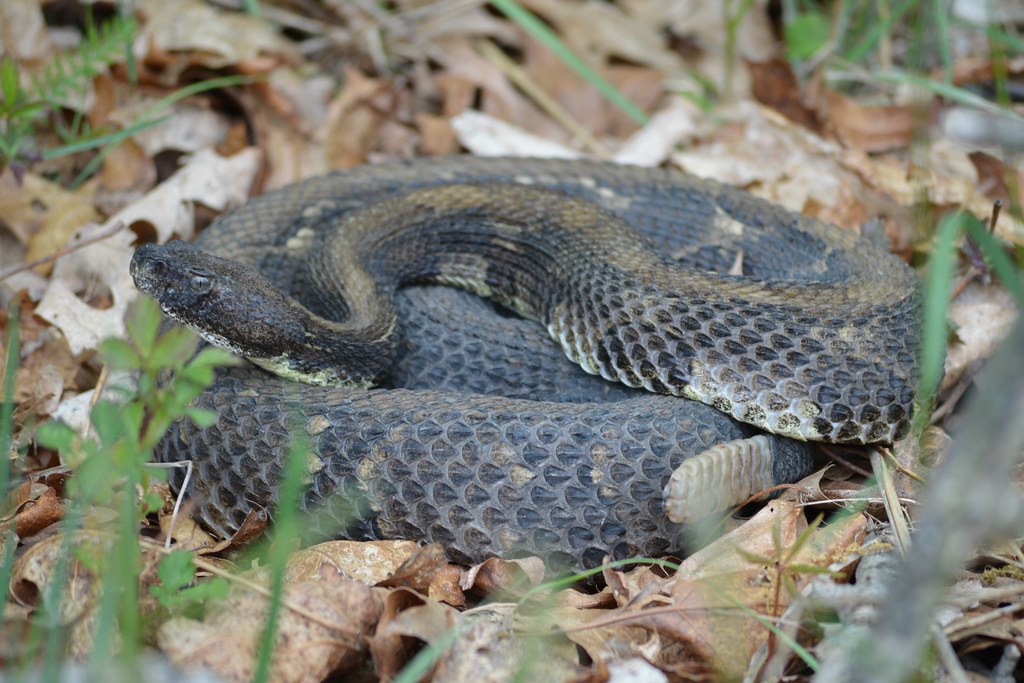 Since our two big out-of-state trips had netted us 15 lifers, it was time to start focusing on those closer to home. We started making trips out to Western Massachusetts, because we wanted to try out some new spots and also because one spot in particular had two species that had been eluding us.

The first trip didn't net us our targets, but we did find this: 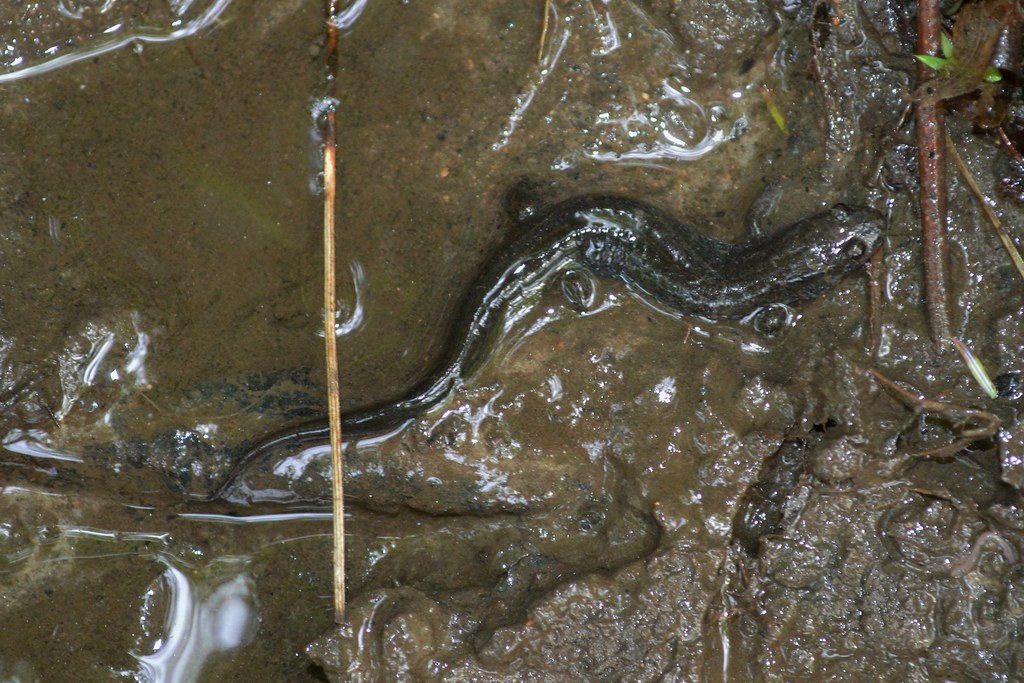 We also decided to try out Cape Cod...okay, this one we cheated on, and we went on an official trip through Mass Audubon to find them.

This one had just laid eggs: 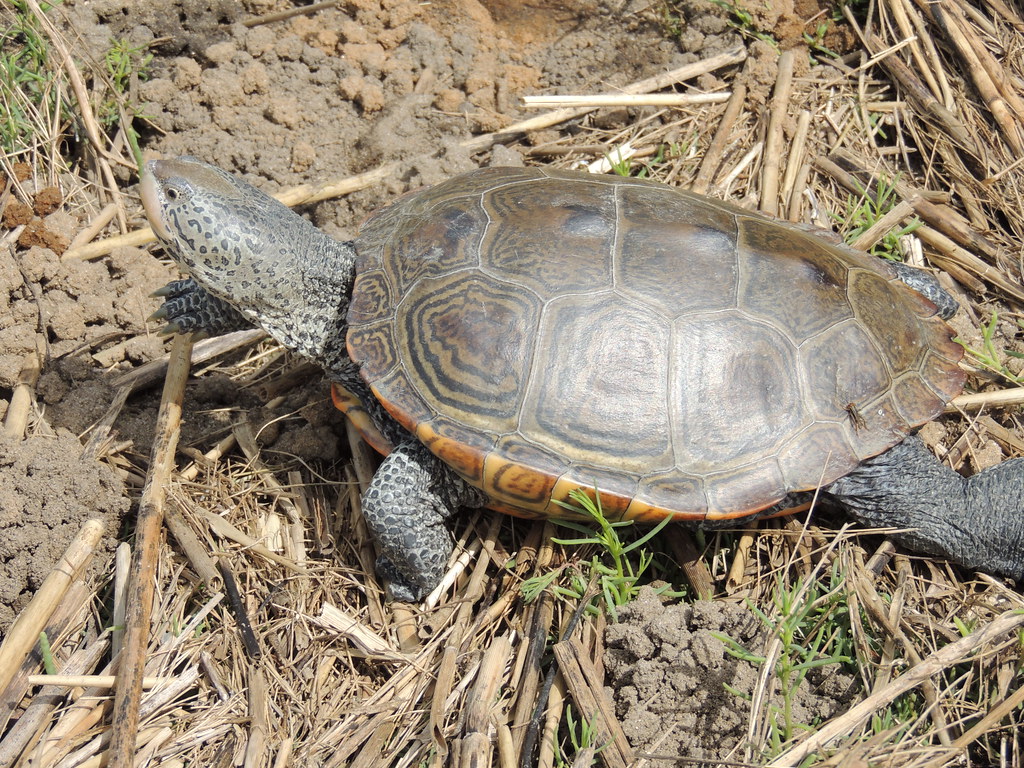 These ones were basking: 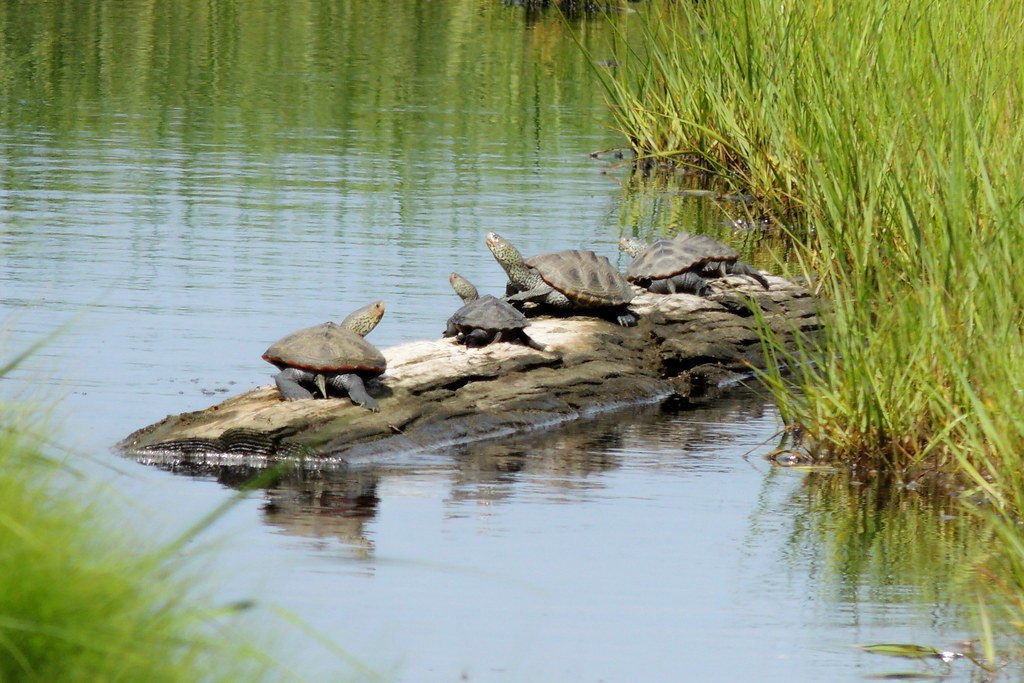 I don't know, this could almost count as a "lamest lifer", since it wasn't an adult. We had seen a couple of these that weren't in the wild (so I didn't consider them lifers), but for some reason it's one of those species we just had trouble finding. 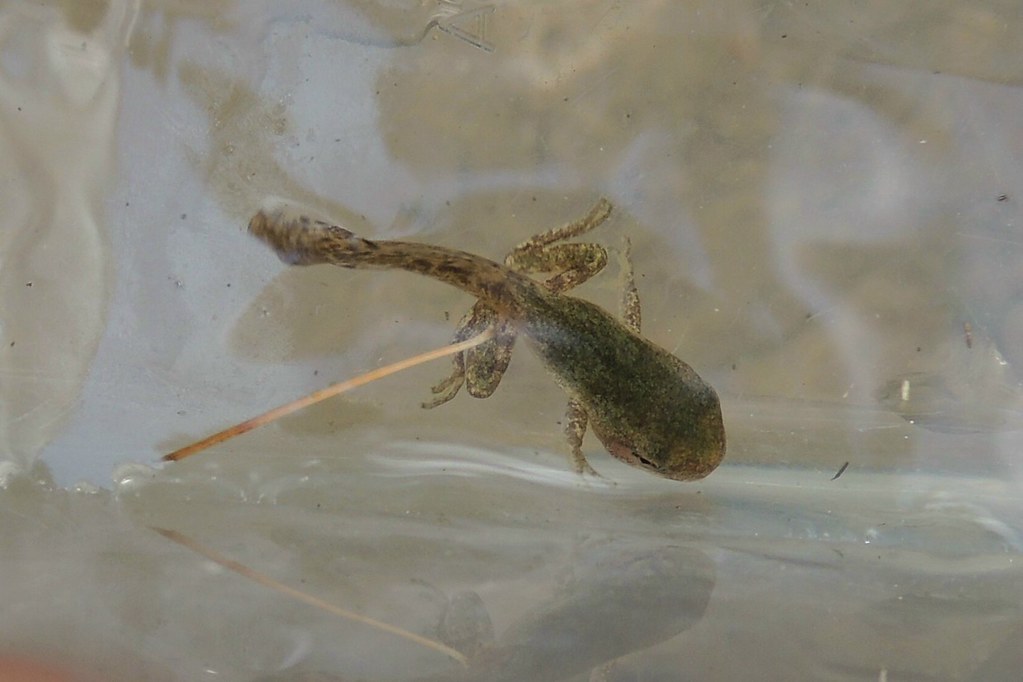 We had found a place very close to home (a little over 3 miles) that we were told had blue-spotted salamanders. We couldn't find any when we started looking for them in March, and we figured we were probably SOL until maybe the fall. I was told this was a rare find for mid-August. 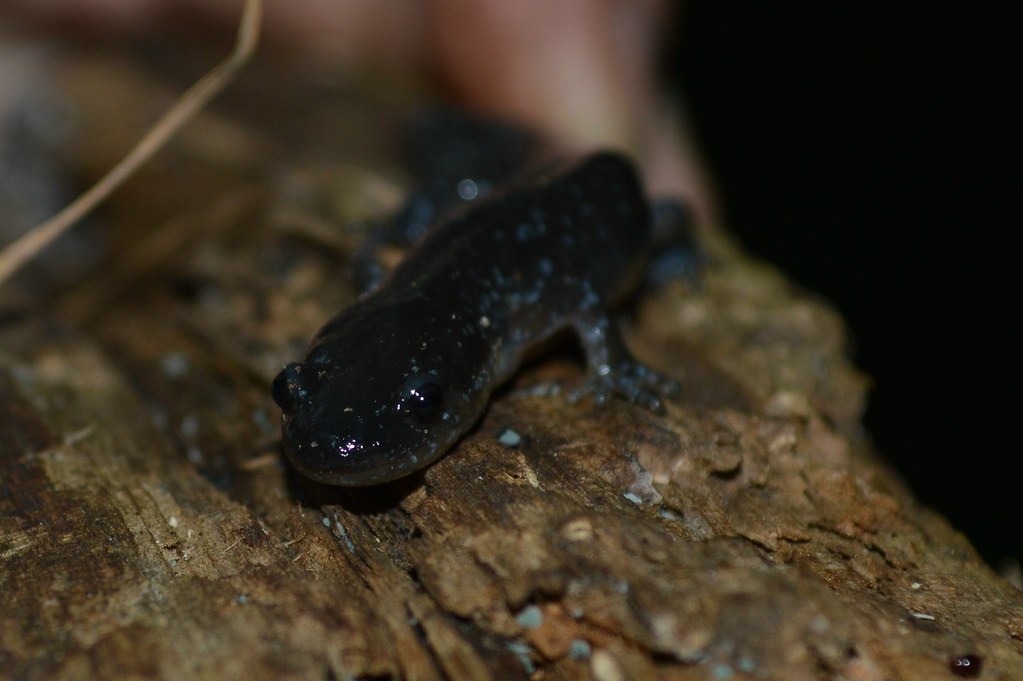 The next lifer is one of the two we have really been concentrating on this year...the one that had eluded us thus far except for a fleeting glimpse of one in July 2011 that must have quickly burrowed underground and disappeared, making us frickin' INSANE whenever we thought about it. I think every herper remembers his or her first... 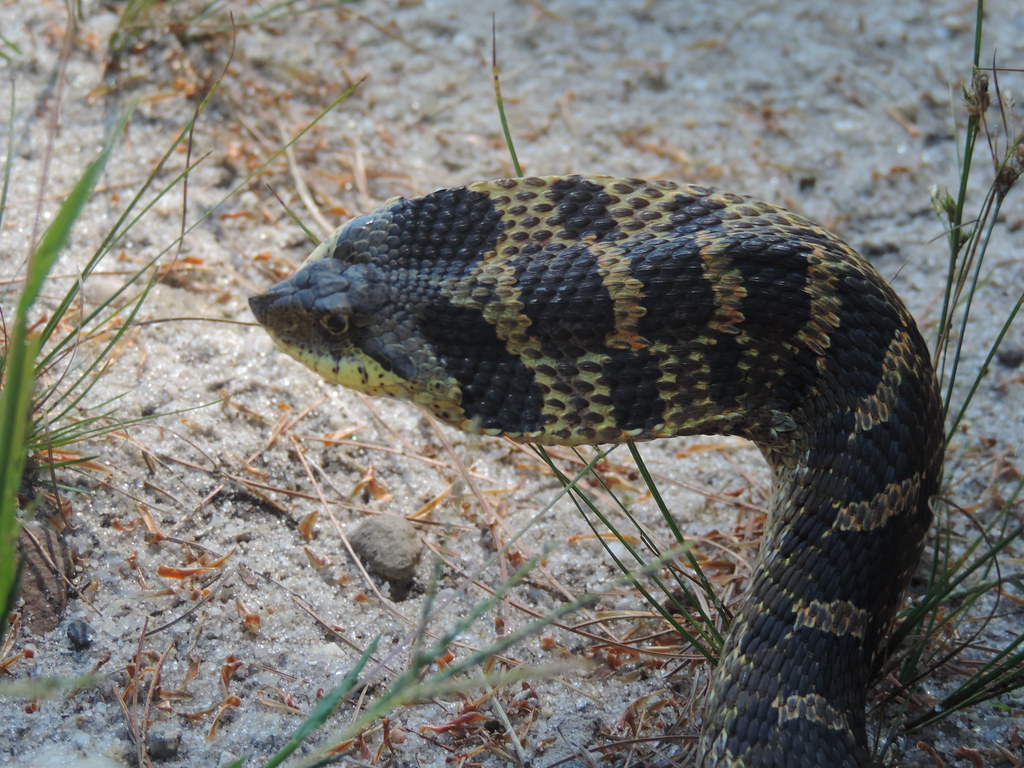 I have no shame: 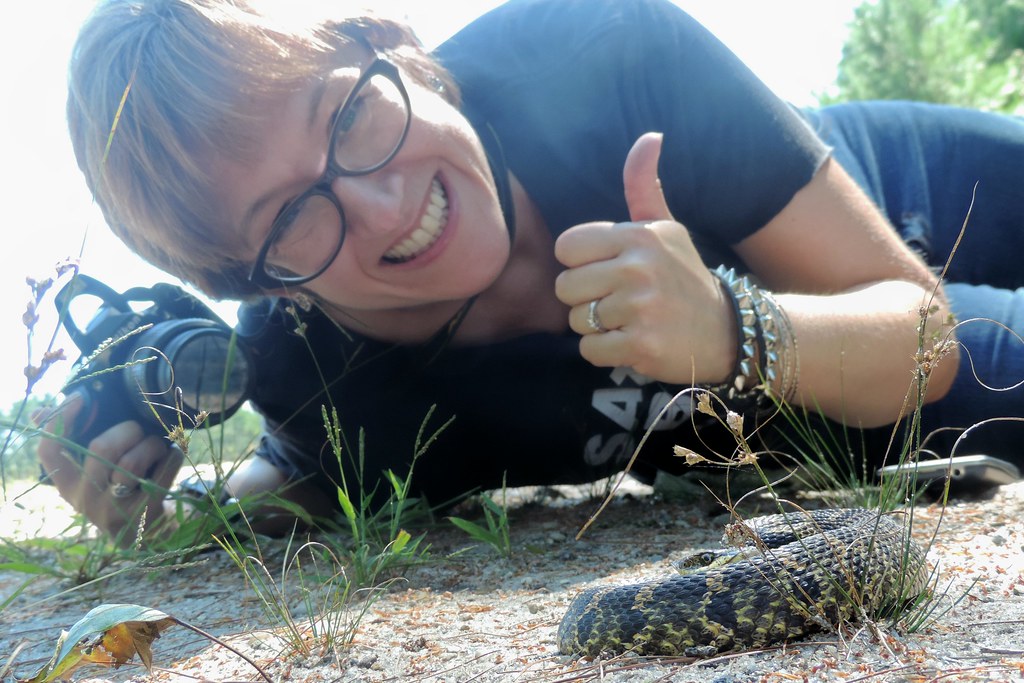 As if that wasn't cool enough, we later found a hatchling as well: 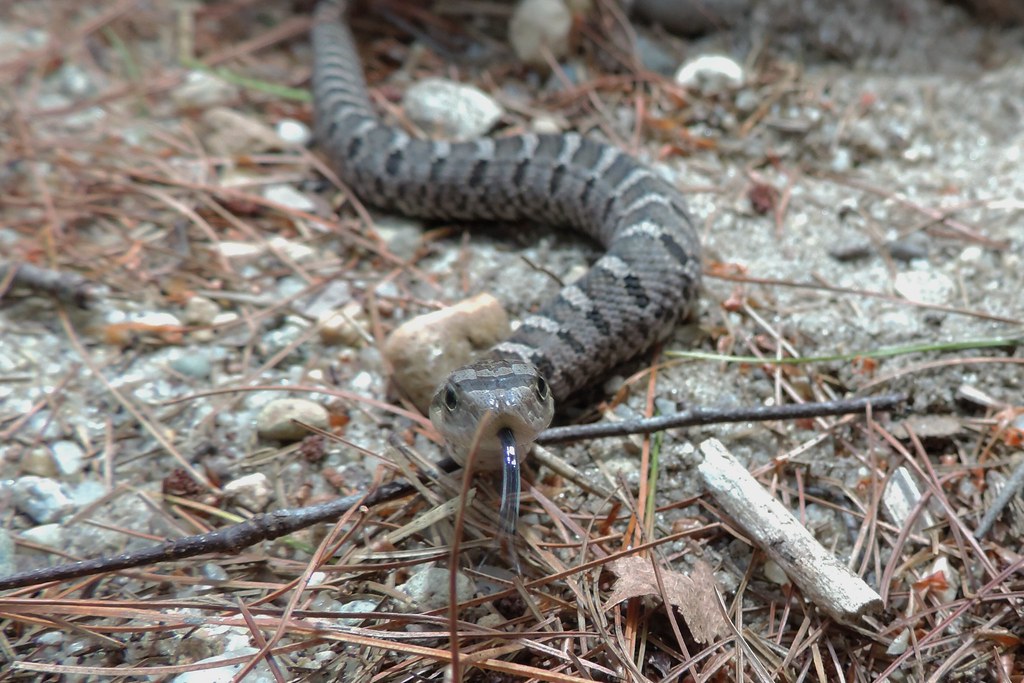 And look what else we found right after that? An adult gray treefrog! 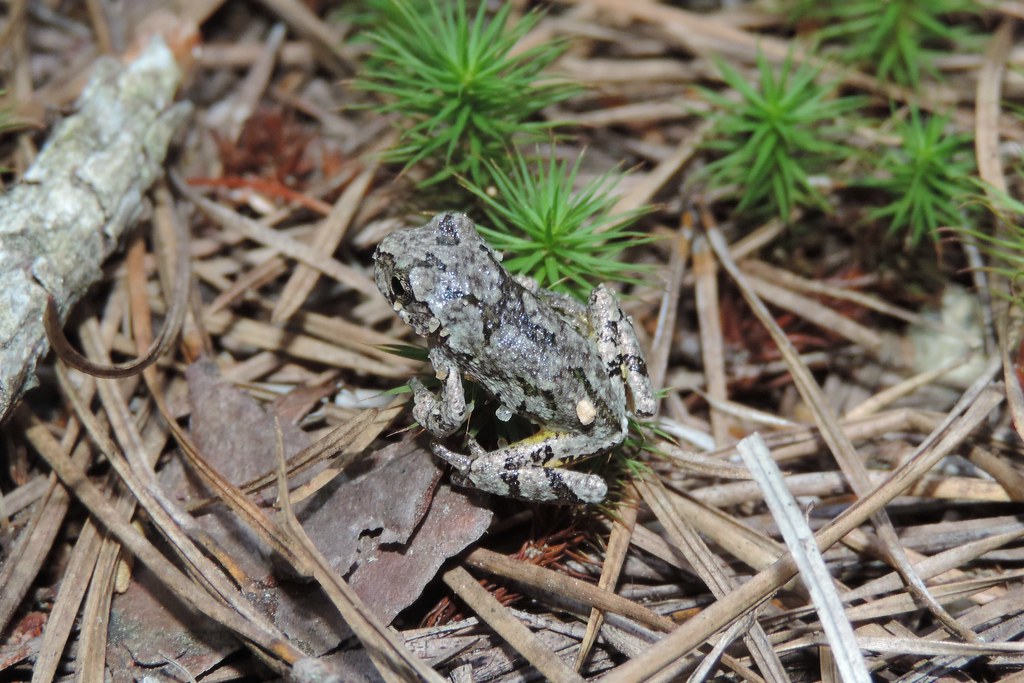 Those hogs had me in hog heaven for WEEKS...MONTHS...I think I'm still there.

The last lifer was totally unexpected. We went to one of our favorite places and were having kind of a crappy day. The place has been unstaffed for a few years (state funding cuts), and this one place in particular has been having problems with partiers, graffiti, and dirt bike/ATV riders. The sandy beach area (where we know turtles nest) was criss-crossed with ATV tracks, there was a camp fire still smoldering, and the boarded up bath houses had been broken into, again...it gets reported, and someone gets sent out to take a look, but, really, there isn't much that can be done for now.

But there were turtles out, and Mike loves using the zoom on his point and shoot to get pictures of turtles.

He thought he had a really large painted, or even a (sigh) red-eared slider. Nope... 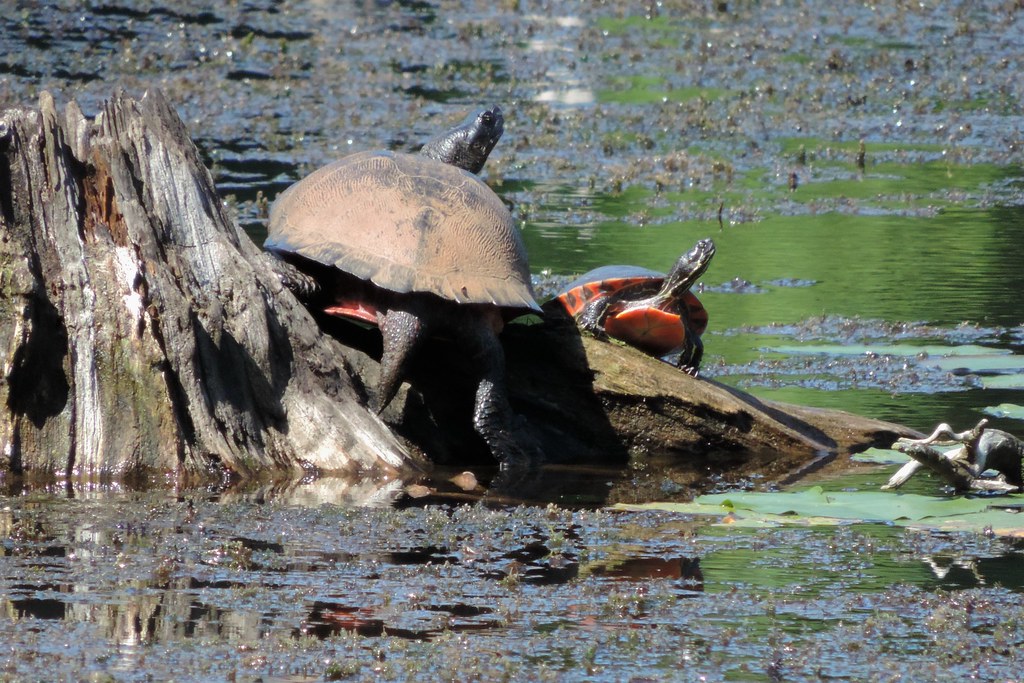 Now this was, I thought, just out of their range in Mass., but I have spoken with someone who said it is known that there is a "small population" in this park. We'd been going there a few years, and have taken hundreds of pictures of hundreds of turtles, and thus far had only seen painteds, snappers and musk turtles there.

That park also is alleged to have another type of turtle there...a more terrestrial one, you might say. It's a lifer that eluded us this year, but next year, Eastern Box Turtles, you will be found!

So, it's no "The Big Year", but I have never had 21 lifers in a year before. Also, chew on this: I have now photographed every species of snake that is native to my home state of Massachusetts. I have not, however, photographed all of them in Mass., so I do have some "second lifers" to get here: Timbers, Copperheads, Eastern Worm Snakes, Black Rat Snakes and a (live) Smooth Greensnake are on my life list within the state.
Top

glad to hear you had a great year.

For the most part, yes, but the way I was shown to hold it (with its neck in between two fingers) prevented it from getting its mouth on me. I also understand that they really have to get a good chew on you to deliver the venom. It was very well controlled, and not a usual part of the typical birthday parties this guy does (he knew I was a herper).
Top

I wish there were some habitat shots from Massachusetts. I lived there a few years in the 60s, and everything I saw was a "lifer". By the way, I know a spot for garter snakes and redbacks!
Top

what if it thrashed and nicked you and you happened to be allergic to it and went into anaphylaxis and died?

just saying. FRONT PAGE: "Woman dies of bite from a gila monster because she said........'it's under control' "

whatever you think doesn't really matter at this point. by posting a pic, you are giving the wrong idea to others.

I wish there were some habitat shots from Massachusetts. I lived there a few years in the 60s, and everything I saw was a "lifer". By the way, I know a spot for garter snakes and redbacks! 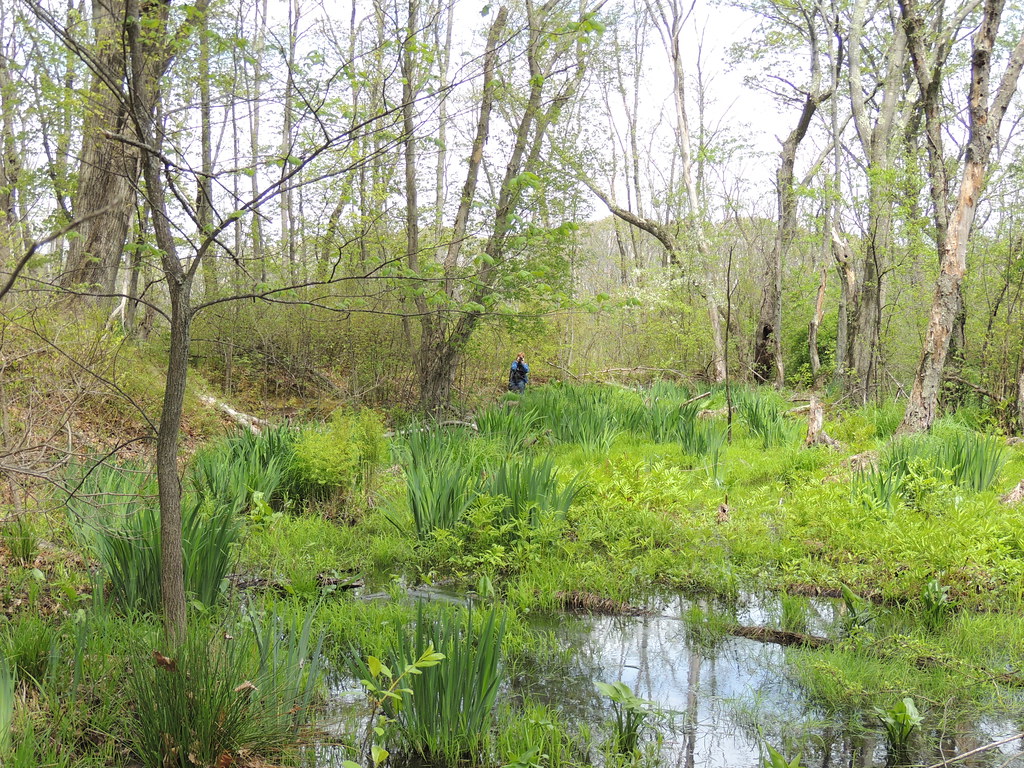 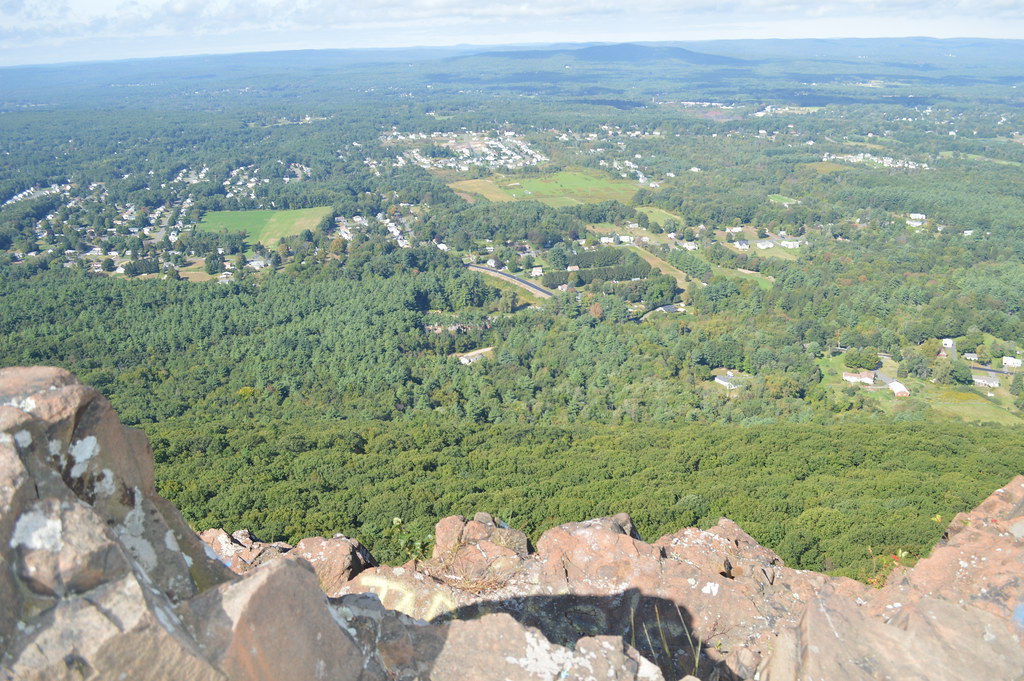 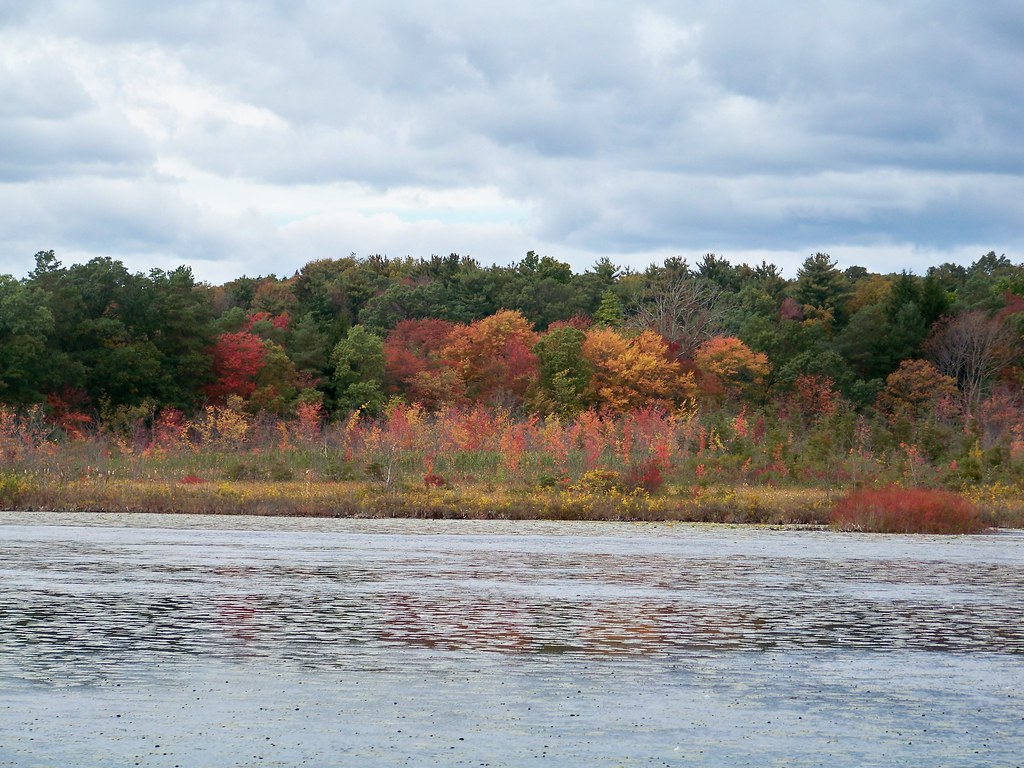 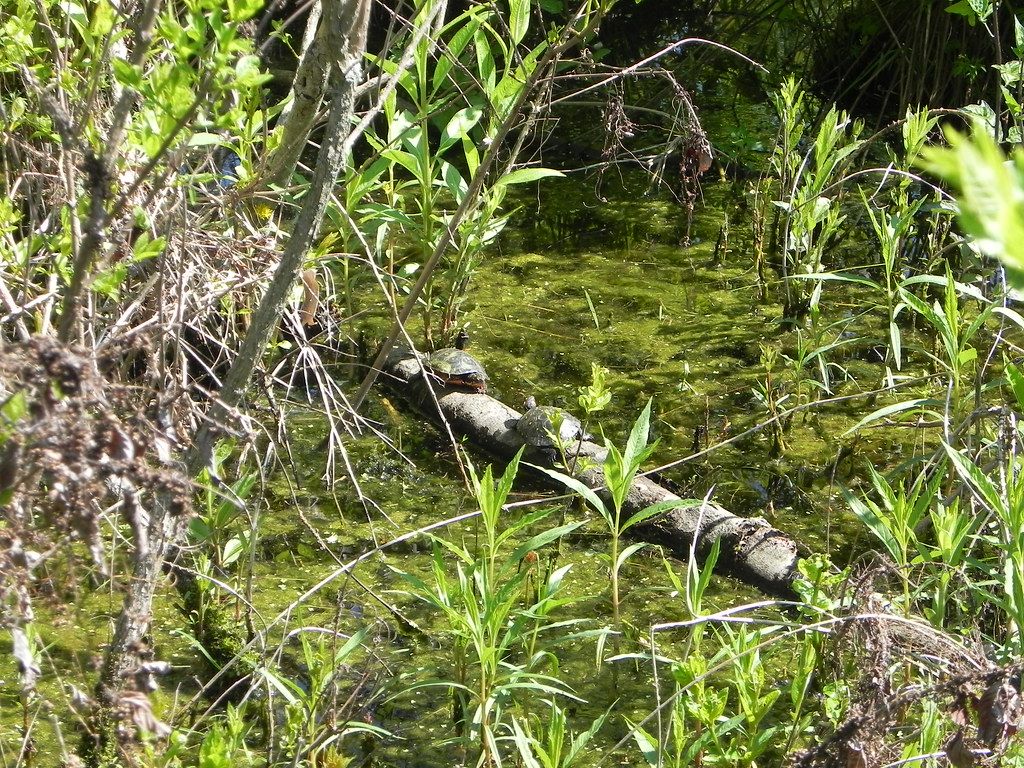 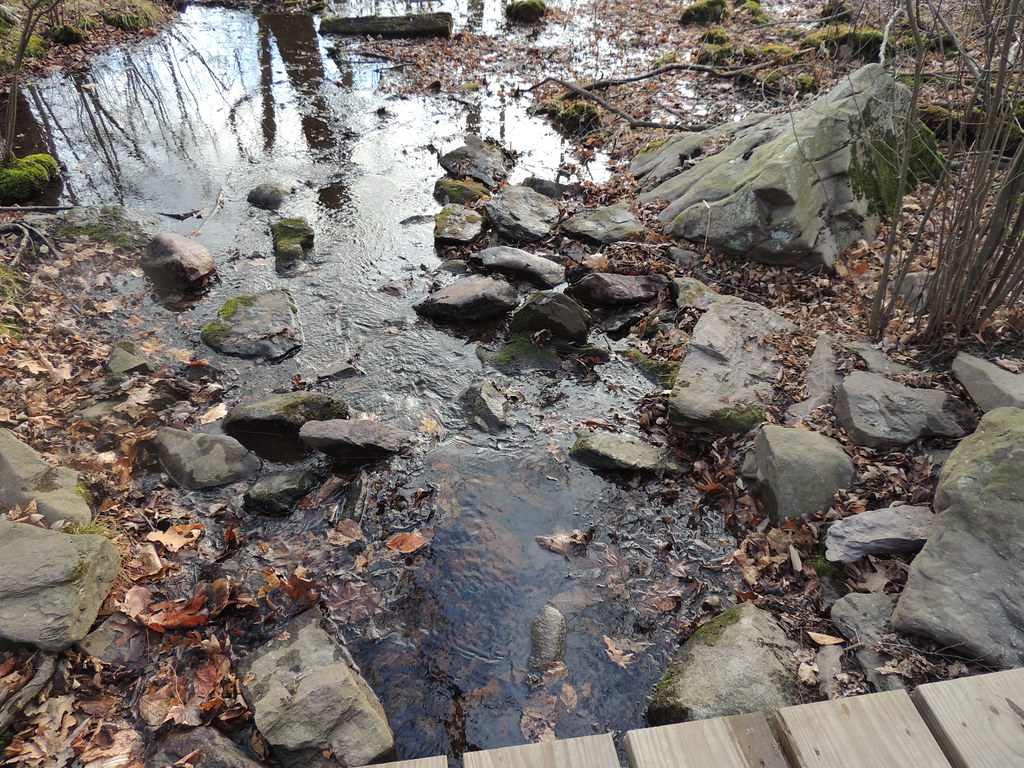 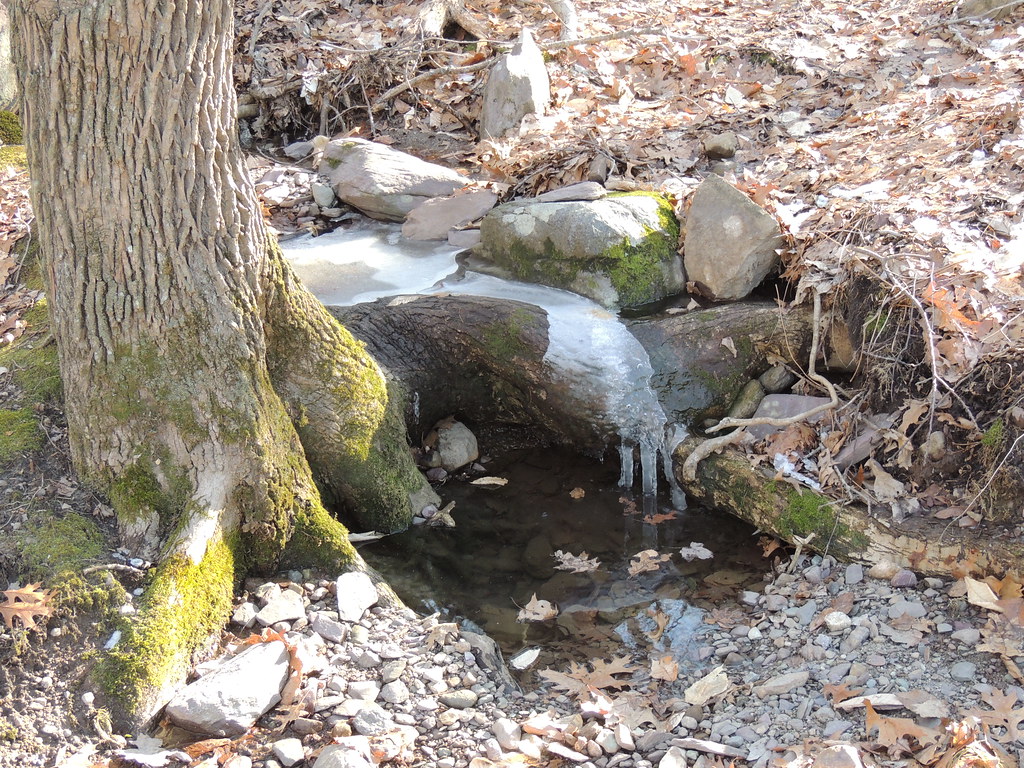 Thanks!! I can almost smell the skunk cabbage!
Top

Obviously, It was a huge, exciting year for us and Andrea captured our excitement and happiness in her usual vivid, fun way!

It should be noted re: the Gila, the man who brought the animals to us not only showed us how to handle it (yes, I did as well) but stood over our shoulder as we enjoyed an up-close examination of it. The conditions were completely controlled and the animal was relaxed.
Top

OMG, I love you guys. Sent you a PM on flickr.

Also, it's not cheating just because you got an easy shot at those terrapins! All of my shots of spadefoots (inc. my avy) as well as around 75% of my best marbled shots were taken while surveying with NHESP personnel at sites that were brand new to me.
Top

Congrats on so many lifers! Like that black chinned red salamander and always love hogs! Good luck in 2014!
Top
Post Reply
11 posts • Page 1 of 1