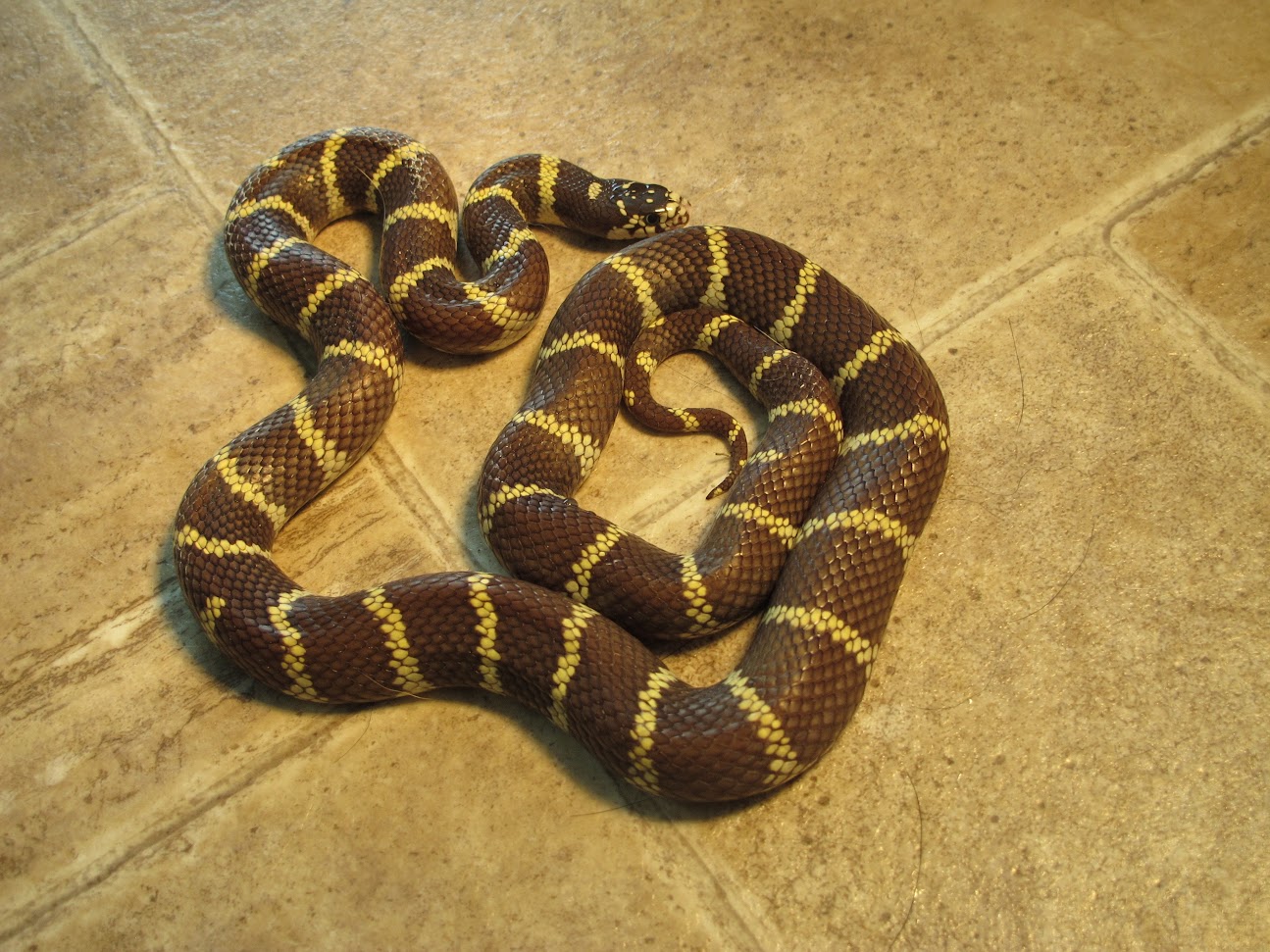 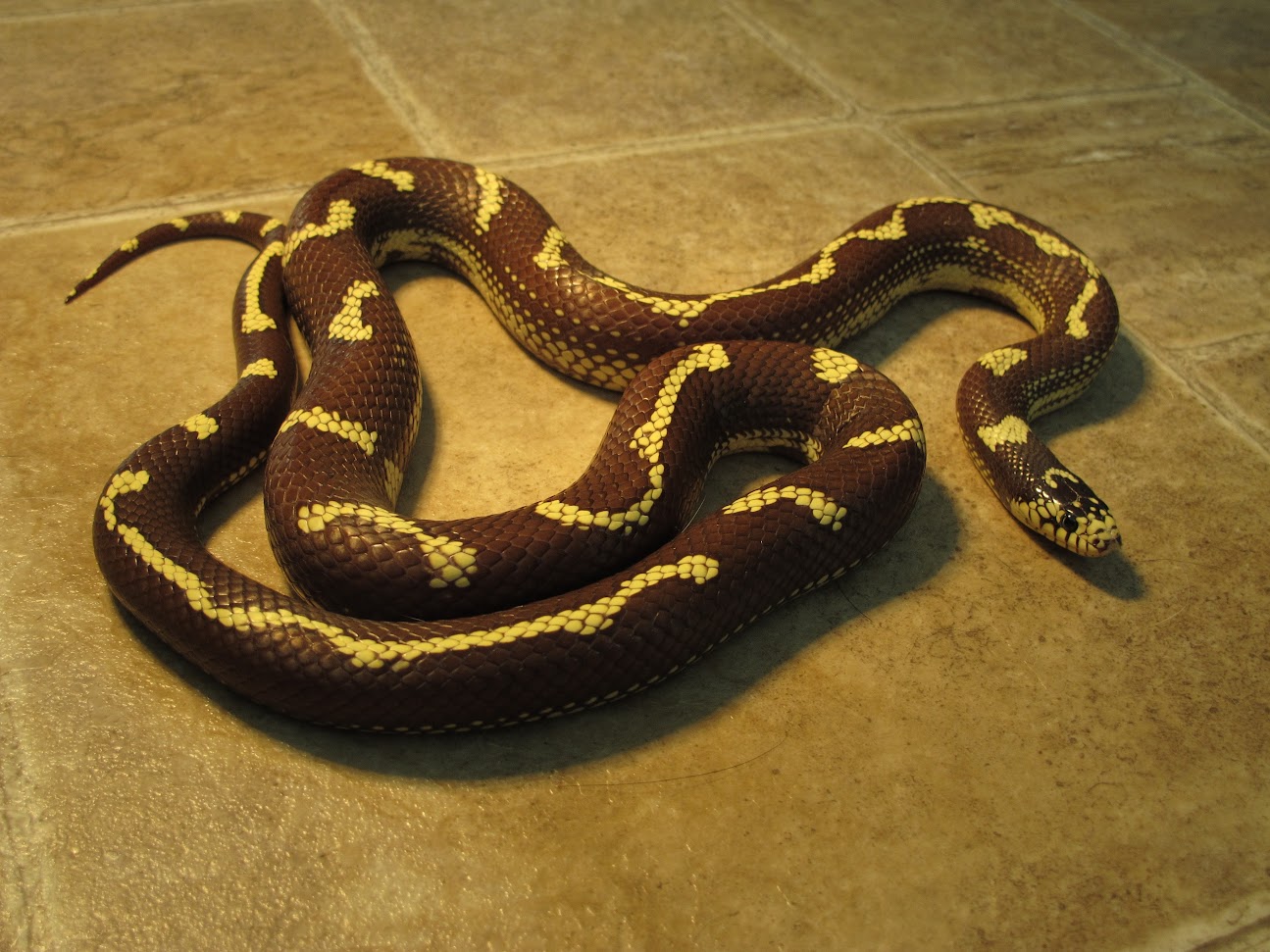 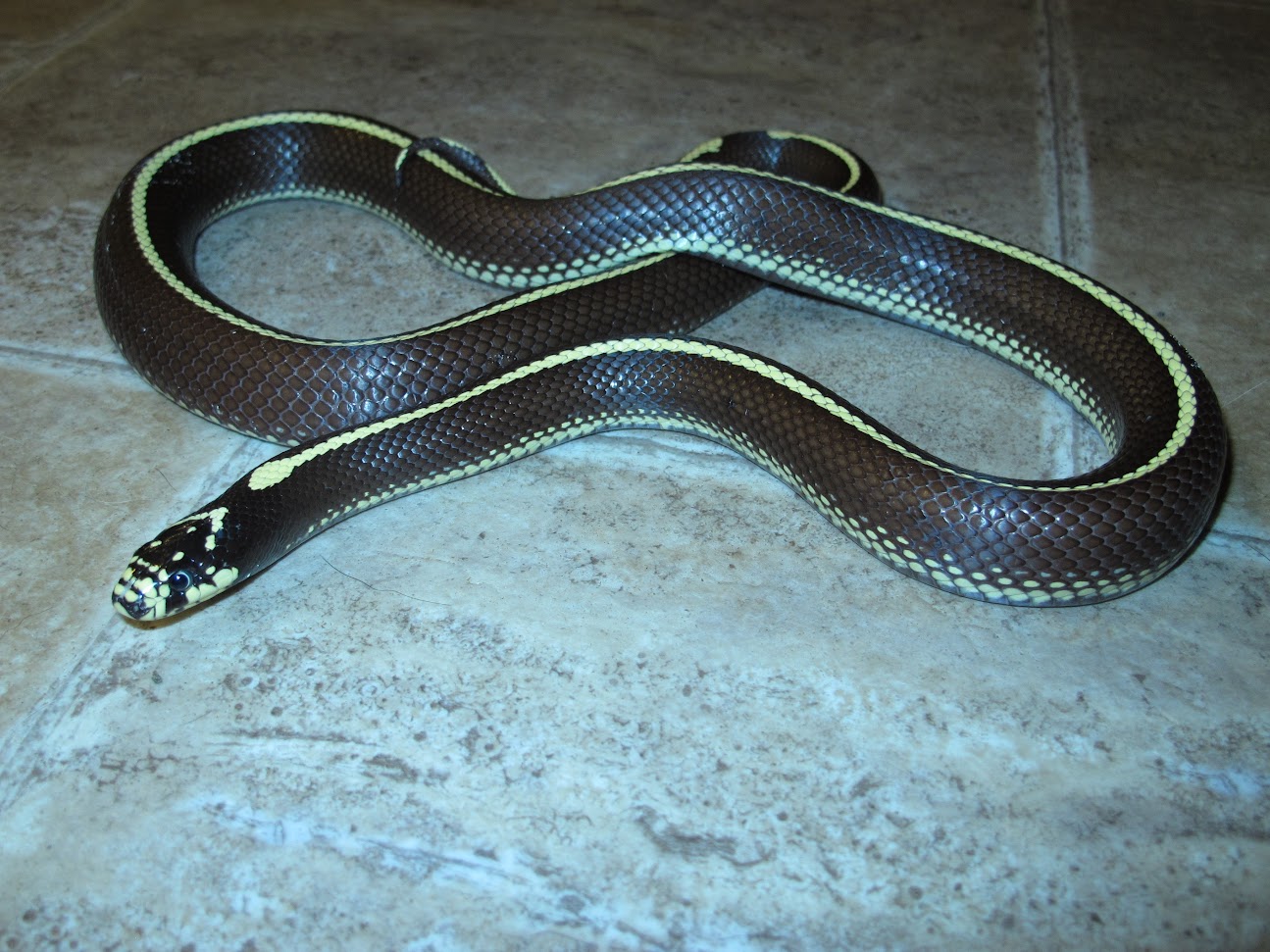 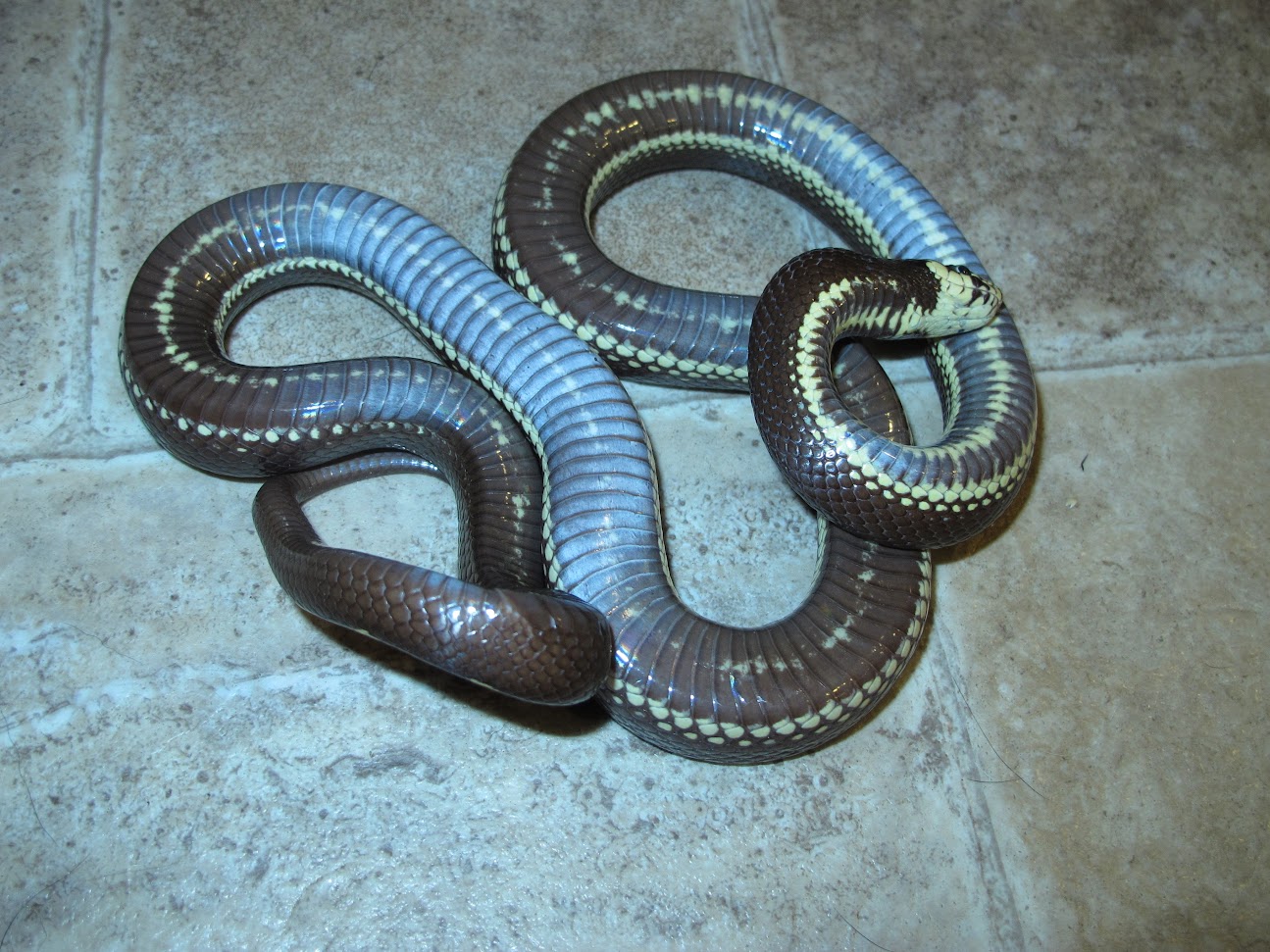 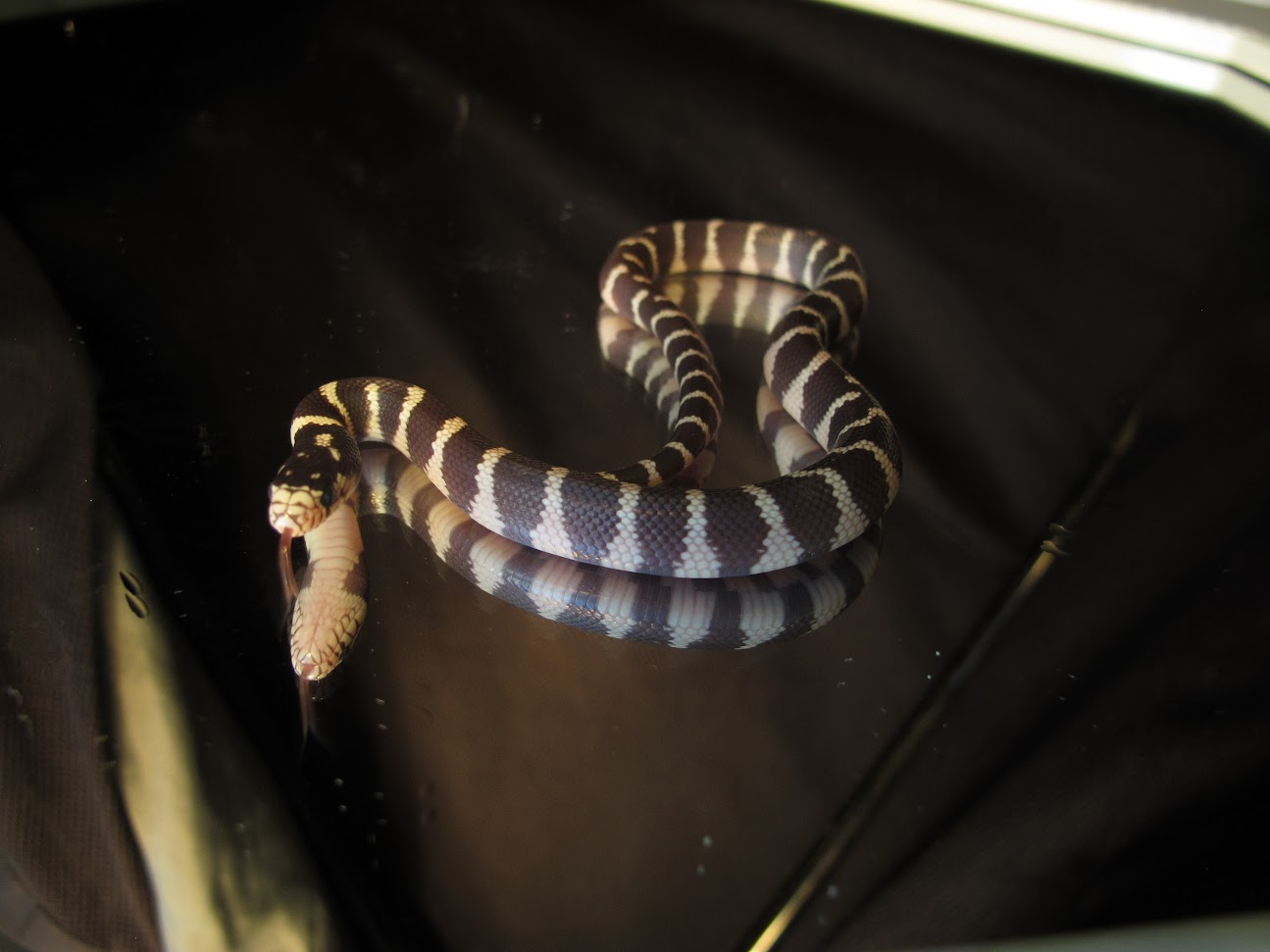 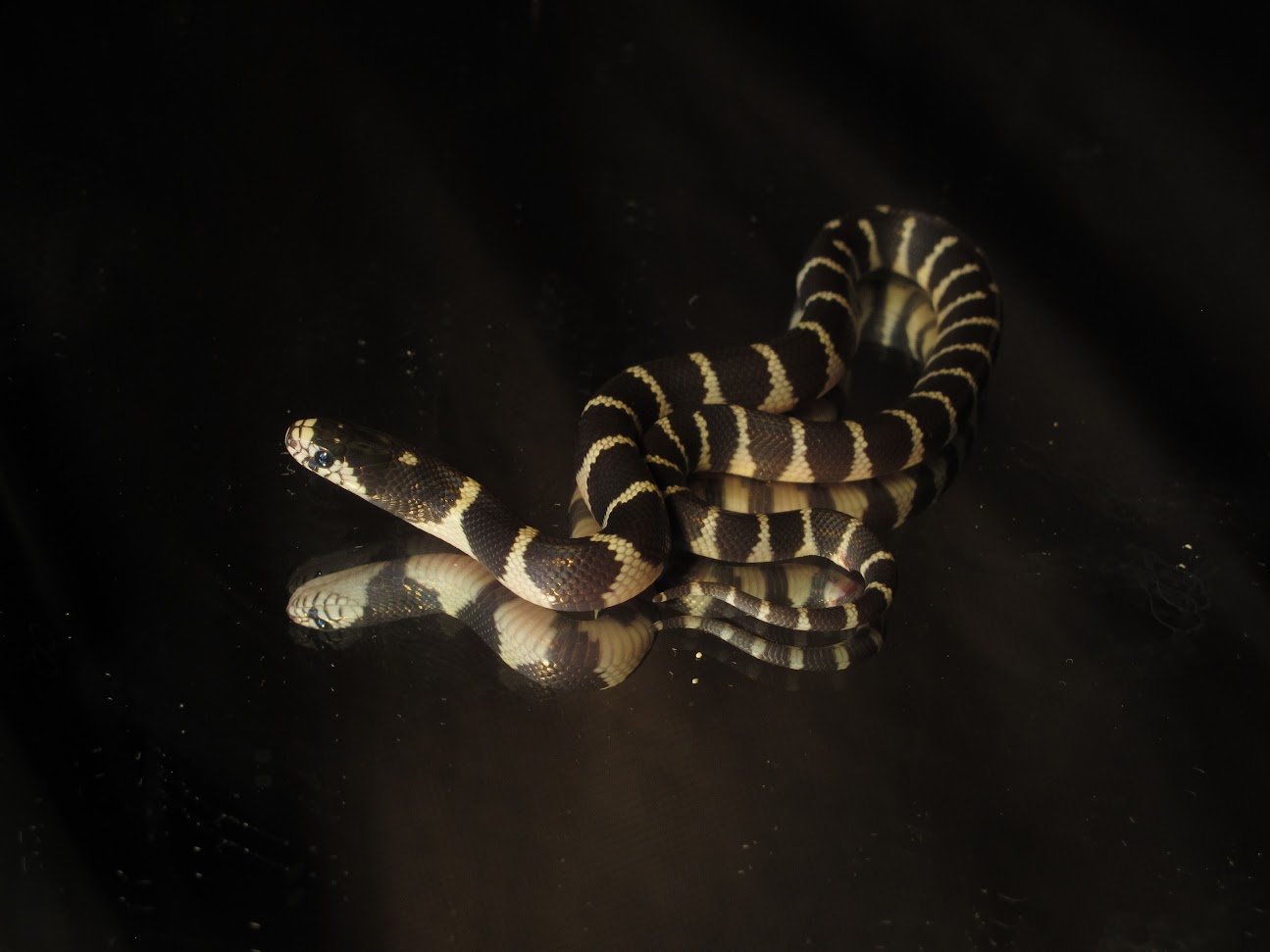 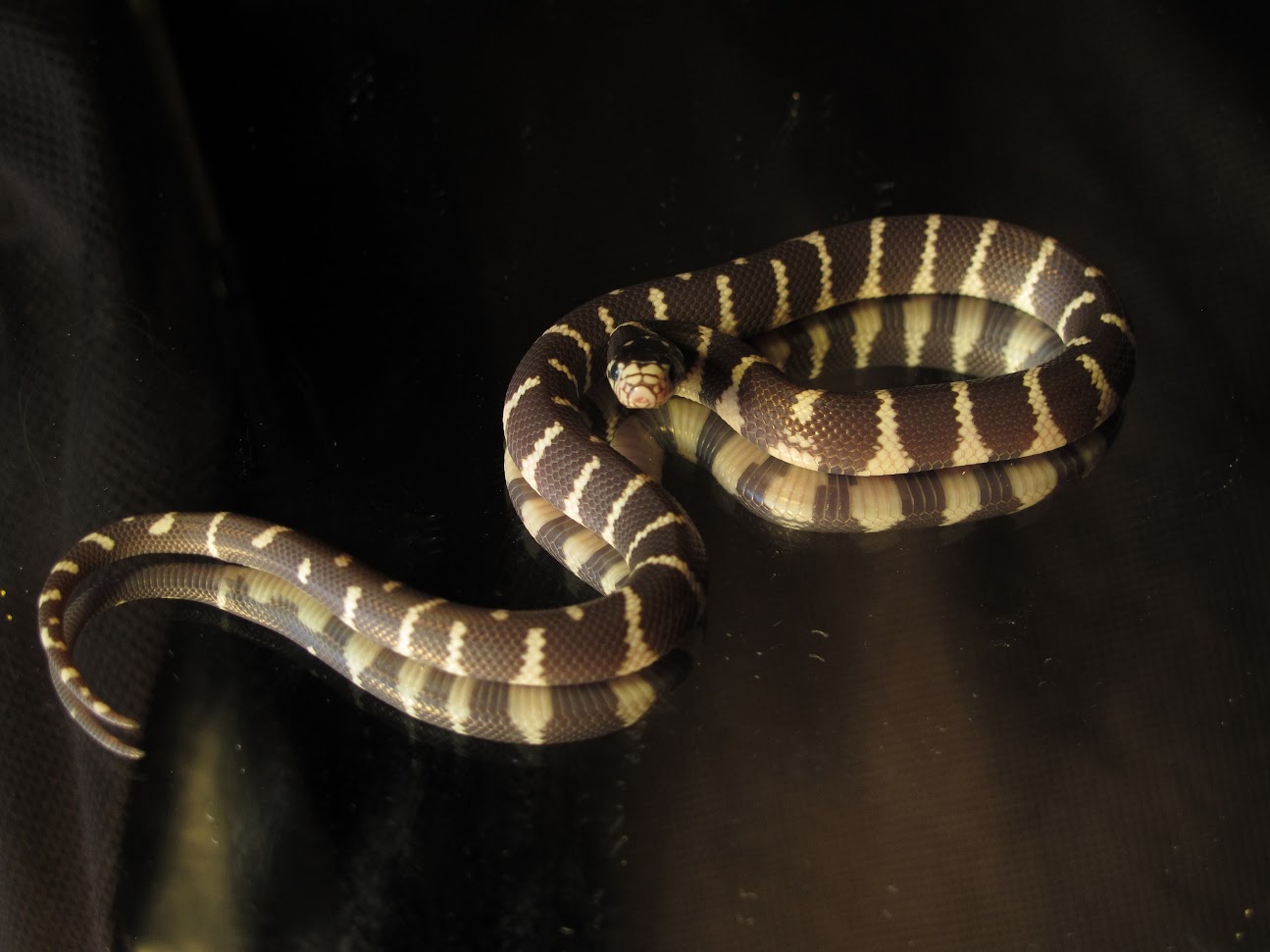 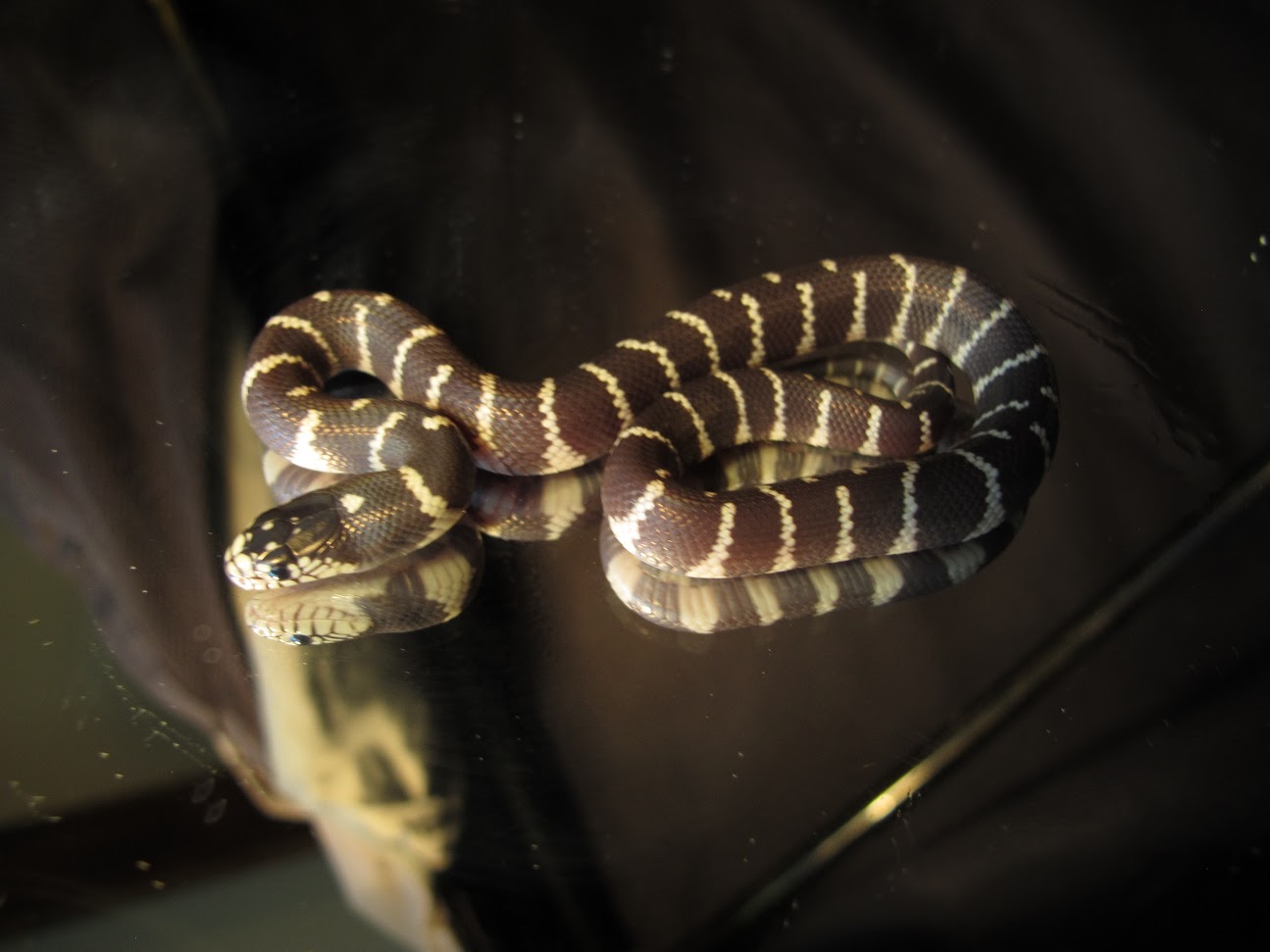 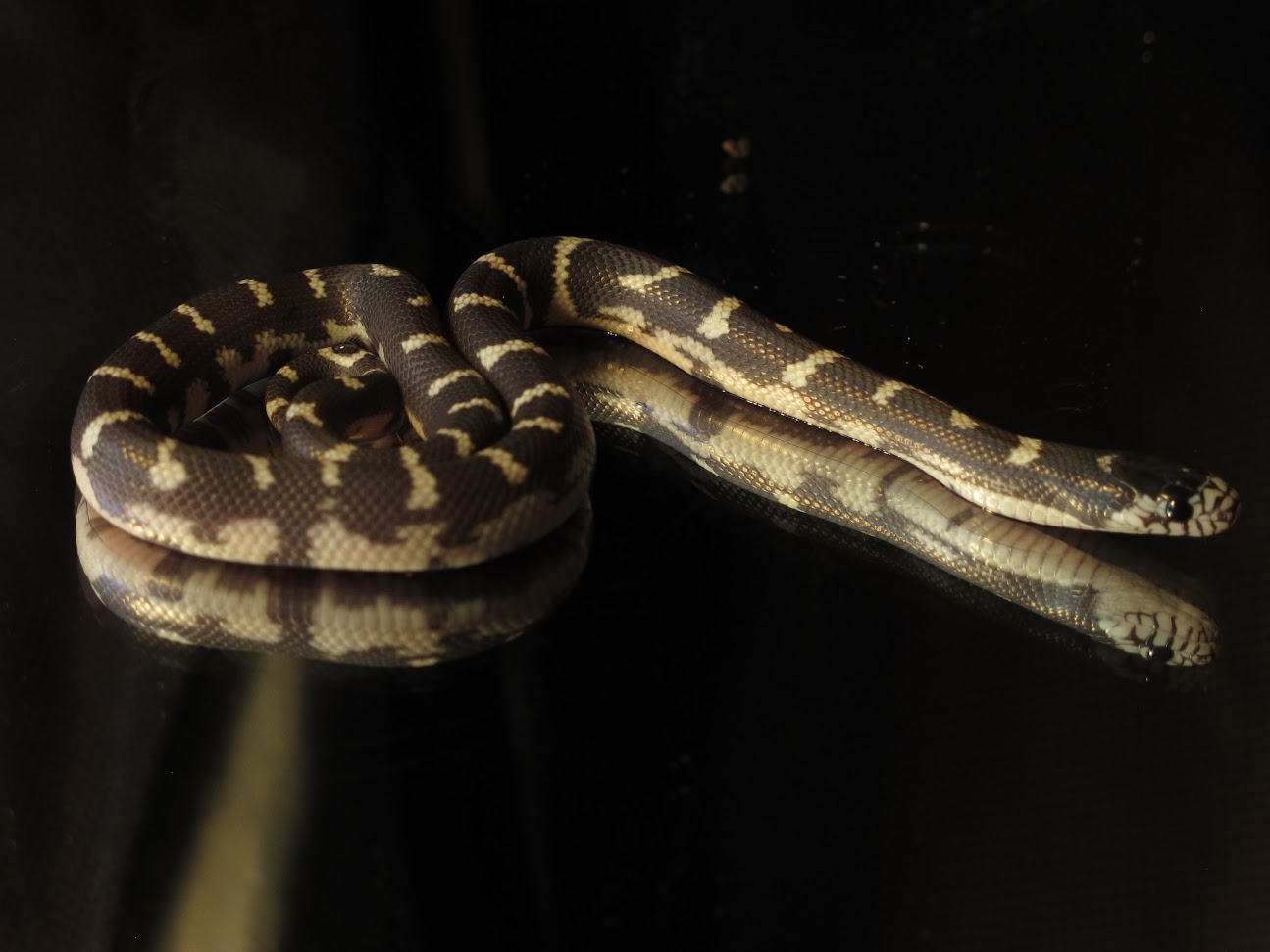 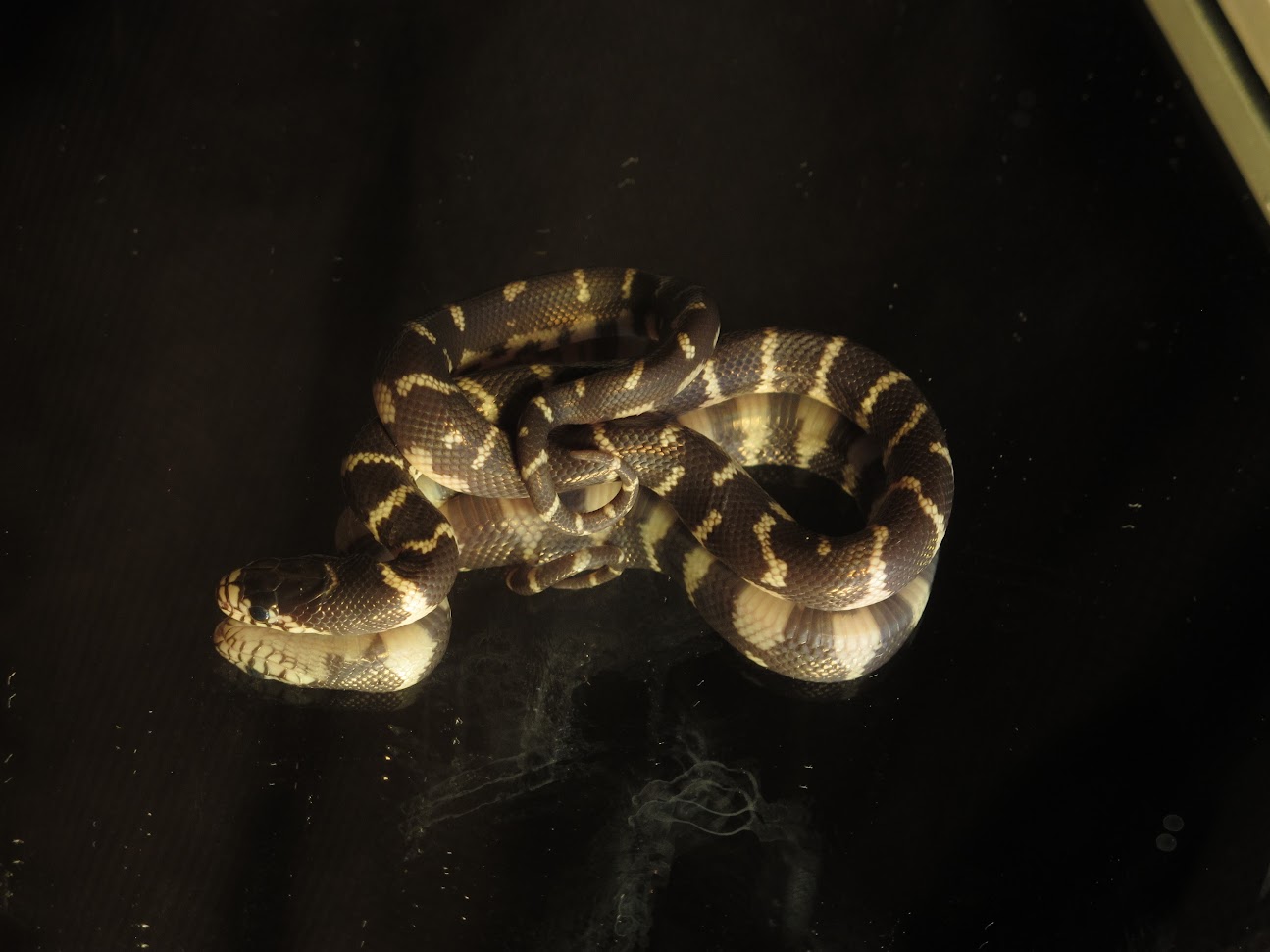 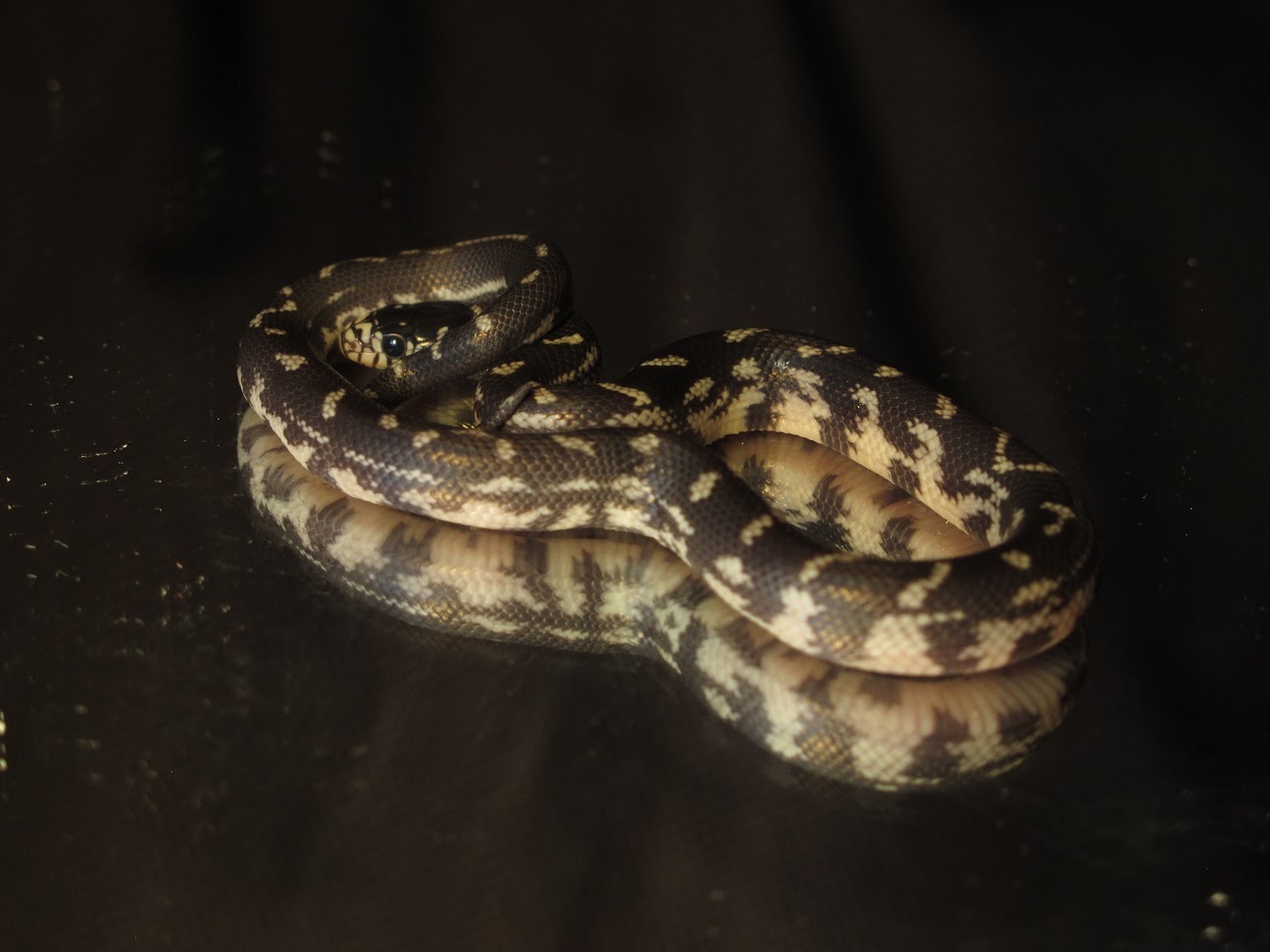 Thanks for the look! And yes, I'm looking for homes for most of them.
Top

The aberrancies in the hatchlings make me think it's the aberrant North SD male who did the deed. Nice to see a pic of a Catalina king! I would have expected to see more bands, in the one other pic I've seen of a Catalina snake there were LOTS of them.
Top

True Kent, all five of the kings I've seen on the island had more than 28 bands.
Top

Hi Nate,
I agree with Kent and think that the aberrant male fathered the clutch. Thanks for posting pics of all of them! You got some interesting patterns for sure.

I would also GUESS that the aberrant male is the father because there is no striping in any of the babies.

I have bred cal kings in the past. My first pair was a striped male and aberrant female. I would get striped, aberrant, partial striped, and even banded babies from them! It was fun to see what would pop out. I do not know what the parents' lineages were, maybe there was a banded ancestor in there somewhere.
Thanks for sharing.
Top
Post Reply
5 posts • Page 1 of 1