Spending my summer in Michigan put me in close proximity to a very interesting subspecies of the northern watersnake, the Lake Erie watersnake Nerodia sipedon insularum. I remember looking at these as a child in my Peterson field guide, along with their accompanying tiny range, and thinking that I’d never get the chance to see them.

Finding myself this close, and having a healthy fascination with island biogeography, meant that I had to make the trip. I picked Kelly Island because not only was there a healthy population of watersnakes, but there was also a unisexual polyploid salamander known as the Kelly Island salamander, once described as Ambystoma nothagenes. 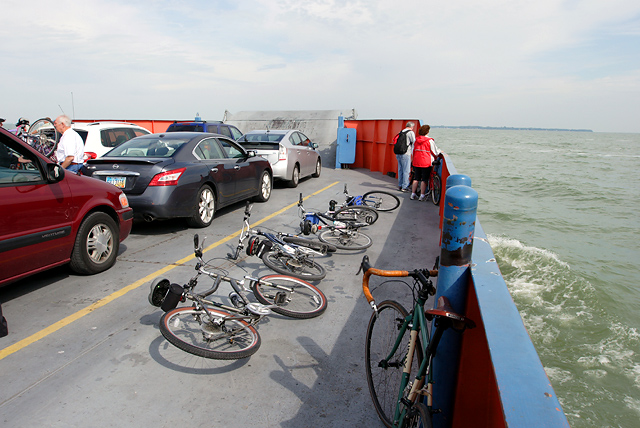 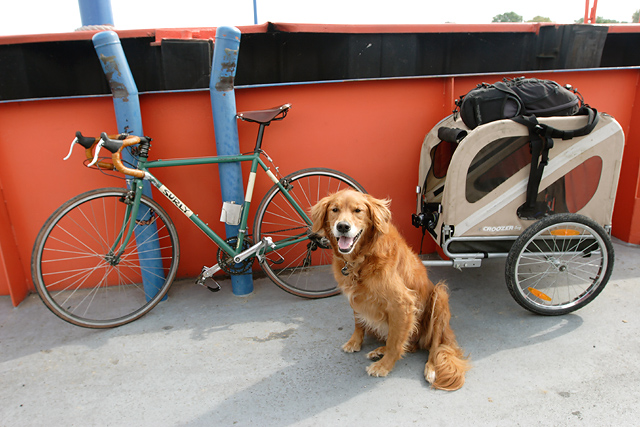 Quinn and my transportation on the island 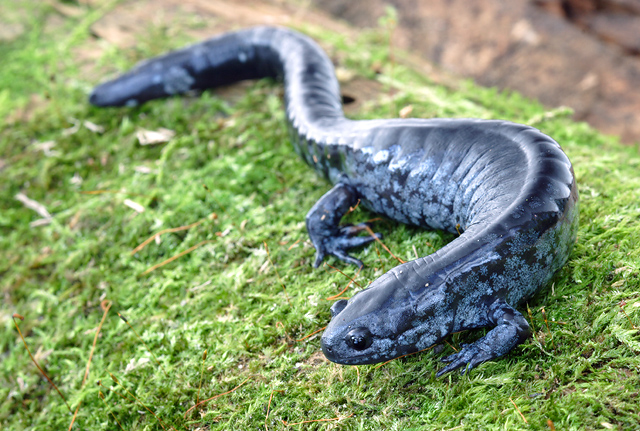 I ended up finding three of these Kelly Island salamanders, all shaped different. This one was shaped similar to a smallmouth salamander but the others lent more towards a tiger salamander. 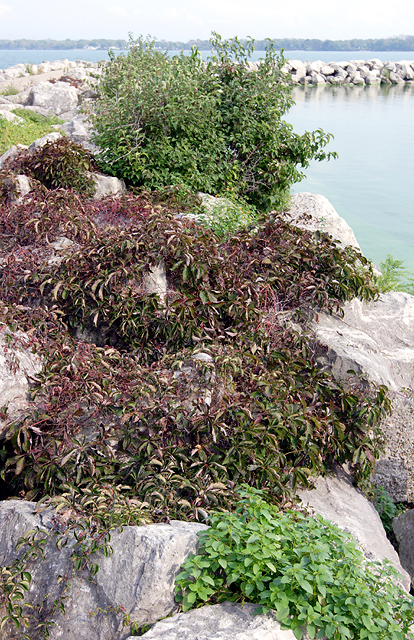 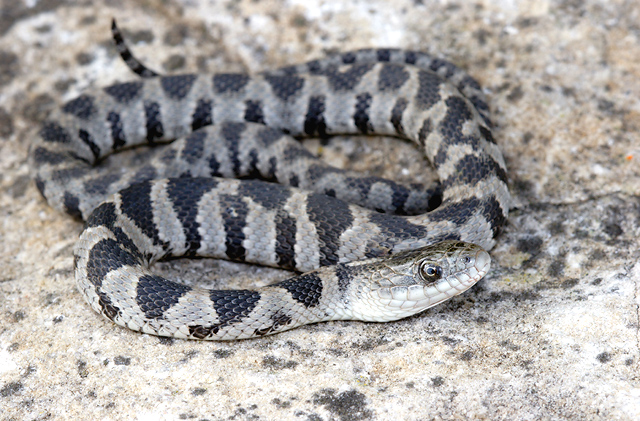 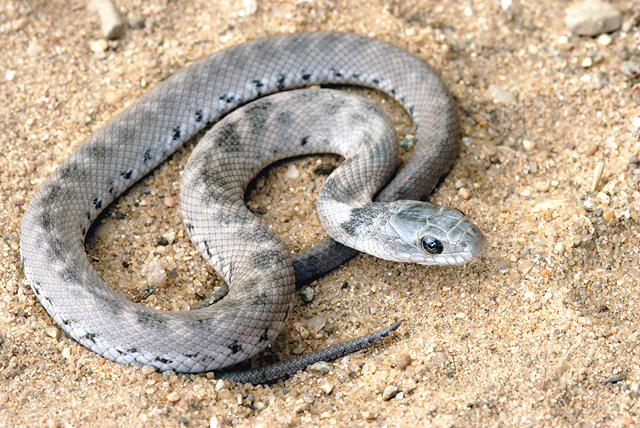 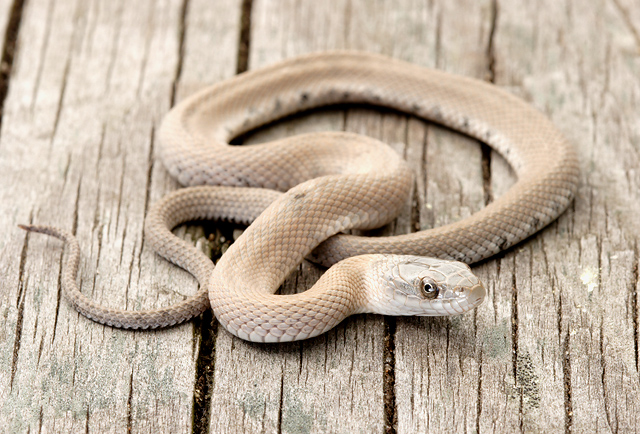 These three juveniles represent the range of patterns seen in these snakes. 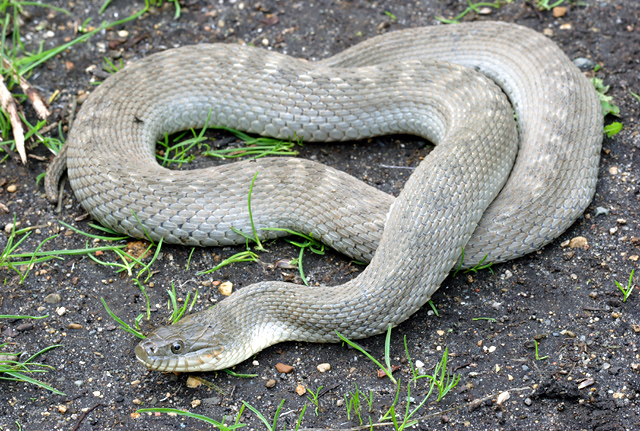 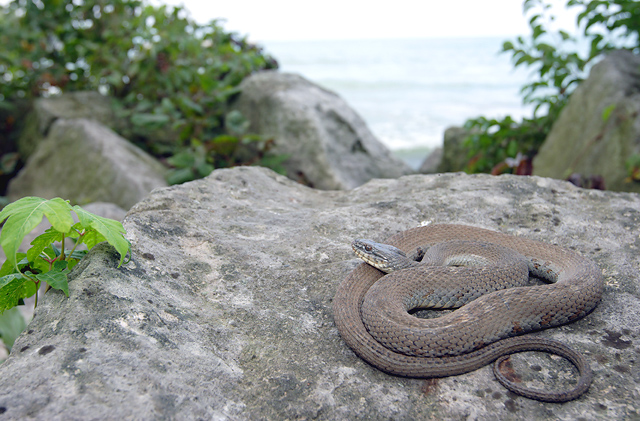 With a little habitat 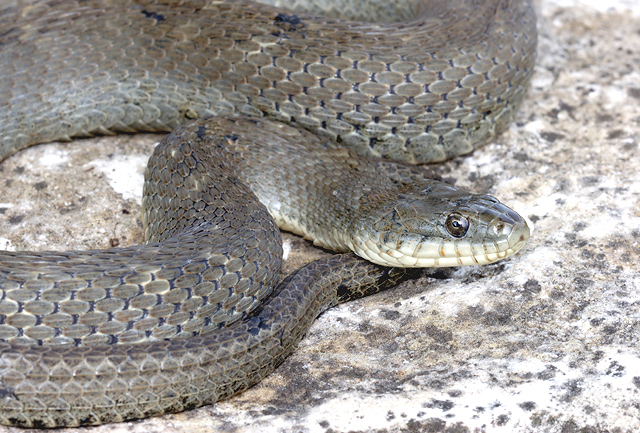 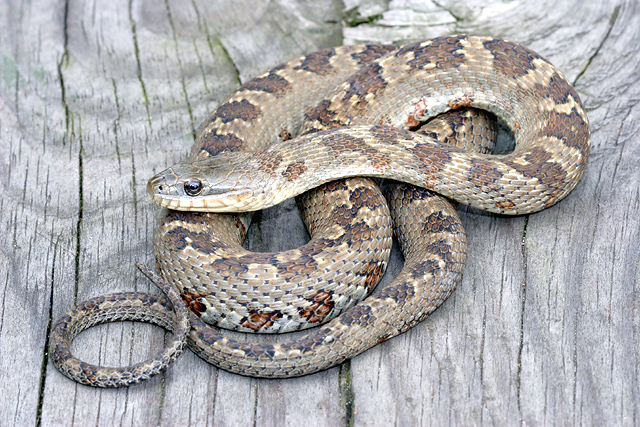 I really liked the look of this one.

Recently removed from the Federal List of Endangered and Threatened Wildlife, the Lake Erie watersnake population rose from an estimated 1500-2000 individuals in 1999 to 11,980 in 2009. This comeback was achieved through habitat restoration and preservation, and public education.

Wow. Those are some gorgeous Nerodia.
Top

That last one's a screamer... for a nerodia... I knew their population used to be low, but not that low. That's awesome how much they have come back.
Top

Nice shots showing a range of variation! Were they calmer (= easier to approach / capture) than typical wild Nerodia, from maybe(?) the lack of having to dodge large mammalian predators out on that island?
Top

Thanks guys, glad you enjoyed it

Bill, they were every bit as nasty as the sipedon on the mainland. Don't forget, there is one large mammalian preditor on the island that almost did them all in.
Top


That is awesome! How many unisexual salamanders are there? this is the only one I've heard of but I've never really looked either you know?
Top

Hi Paul, I know there are a few complexes in the upper Midwest. They are a mystery to me; genetics isn't my strongest area of biology. Maybe someone else can chime in and explain the natural histories of these things.

I'd heard of polyploidy but not the unisexuality. Alternative forms of reproduction in vertebrates is just fascinating to me.
Top

MichaelCravens wrote:Recently removed from the Federal List of Endangered and Threatened Wildlife, the Lake Erie watersnake population rose from an estimated 1500-2000 individuals in 1999 to 11,980 in 2009. This comeback was achieved through habitat restoration and preservation, and public education.

If those numbers are accurate(I'm not doubting your report) that's an awesome and encouraging example of what is POSSIBLE with a little tweak in land management as a result of a well-informed and committed individuals....Not really talking about the de-listing but rather,the population's numbers. I admit I knew nothing about/don't recall hearing of this particular project on Lake Erie but I'd like to know more of the islands history and 'whole story'.
Top

I agree, its an interesting case. I should have cited my sources, but a quick google search will bring up a lot of information.


That is awesome! How many unisexual salamanders are there? this is the only one I've heard of but I've never really looked either you know?

In Indiana there are two that I know of, one having the phenotype of Ambystoma laterale and the other of jeffersonianum. I have book that talks about their genotypes and stuff, later today I'll see what else there is.
Top

Those are way more faded than the examples I've found on Put-in-Bay, which are usually banded. This was the most patternless one I came across:

Awesome post! I worked on South Bass Island one summer and most of the insularum were very strongly banded.

I love the success story and agree its a great example of snake conservation. The population increases can be attributed to the introduction of a non-native fish, in conjunction with some tweaks to shoreline habitat management and less people killing the snakes.

The all female salamanders have polyploid chromosome counts and are thought to have originated from hybridization events. One of the strange things about the polyploid salamander is that they still require sperm to activate their eggs.
Top

Im a new member and this topic gave me an idea for a topic.
Please cilck the link below for some pics of portuguese water snakes:

Did you take pics of the ones that look like tiger salamanders?

As a big fan of Nerodia, this post is a treat.

Wish I would have known you were in Ohio. The Lake Erie Islands are great fun and I haven't been on Kelley's in a few years now, but I have been on some of the others recently. Lots of water snakes out there. Good to see you found some of the hybrids. They are strange looking out there. All the same colors/patterns but different body shapes.

To the others asking about the hybrids. They form a swarm that includes the genetic material of Jefferson, Blue-spotted, Small-mouthed, Streamside and Tigers. They can carry the genetics from 2 to 4 (maybe 5) species at once. All they need is sperm from any one of the parent species (so the genetic material may be present where one or more of the parent species doesn't even exist) to stimulate egg development. From what I understand they have recently discovered these hybrids all stem back to the Streamside Salamander. Only a few (infertile?) males have ever been found, otherwise they are all females. A crazy situation that happens.

For Corey, here are some pictures I took on the island of the hybrids 4 or 5 years ago. We saw some that were shaped like Jefferson, Smallmouth, Tiger, Mole (not sure where that look came from) and mixtures of those listed. All were grayish with blueish markings.

Here is a tiger shaped one.

Here is a few different ones that mostly resembled Small-mouthed, mixtures and the Tiger one in the upper left corner.

ThatFrogGuy, Thanks for the information.

Tim, Thanks for posting the photo, that's a beautiful snake. I mostly took photos of the cleaner animals, but I'd say 20% of what I saw were strongly banded.

Bryan, I should have mentioned the gobies, thank you.

Cory, I did not, but it looks like Andy's covered that.

Andy, I thought of trying to get a hold of you after I had already left on that trip, but I didn't know where exactly you were located and didn't have any contact info for you. Thanks a ton for the contribution to this post. I was researching these salamanders before leaving and could only find two photos with considerable searching.
Top

Hey, great post and pics mike. It's been a few years since Iv been to pelee island, you brought back some nice memories.

I wonder how much of the snakes rebound is owed to the establishment of round goby in lake erie.

Good stuff from an interesting area, Michael.
Just for reference, here are some Water Snakes from a river just 2 miles from Lake Erie.
Yor LE animals are much different.
Thanks...

PS seems like just yesterday, Quinn was a pup!!
Top

Hey Russ, I should have mentioned the gobies, It seem clear that they contributed a great deal. That owl you posted on FB was outstanding, by the way.

Bill, thanks for posting the pics, its interesting to see the contrast. And, yes, time goes by too quickly with a good dog.

Peter, thanks, I'll bet Quinn and I have put a thousand miles on that rig.