in January 2019 I am going to be for three weeks in Florida. Somewhere between Fort Myers and Lake Okeechobee and maybe the coast north of West Palm Beach. There is on single species that I really would like to see. I have tried several times in the past but failed ;-(

I saw this species once in a pet shop, but that was not a true pleasure. I want to see this snake in the wild! The Rough Green Snake. I was looking at daytime in suitable habitats (any edges of water bodies) and at night with a flashlight. Nothing happened.

Maybe you guys know whether this species is common in south FL or not. I would appreciate each single hint.

I was looking at daytime in suitable habitats (any edges of water bodies) and at night with a flashlight. Nothing happened.

Night with light can be good where there are shrubs on the edge of everglades canals.


Daytime in habitat, as you know, unlike Northern Smooth Greens that can be under flat rocks in sunlit meadows, is tougher to predict with Rough Greens.
There aren't many flat rocks in south FL! An understatement!

That said, commercial collectors in the '60s would even shake the bushes on the everglades canals in daytime and watch for movement!

I've had better luck in south Florida with them crossing sandy roads at sunny, cool times, but I must admit that these are still random finds. They can be anywhere from wetlands to xeric highlands.

Like finding EDBs in brush and ratsnakes in trees, it helps to discipline your mind to scrutinize any "green blade of grass" on the road.

Good luck. Let us know if you succeed this year.
Top

I agree with Bill - walk (shine) 'em at night, cruise 'em in day. In January, it might be "cold", esp at night - so personally I'd lean toward cruising. Walking them in-habitat, in daytime, is far tougher for these guys - they're pretty darn cryptic.

Just cruise some dirt roads in state Wildlife Management Areas, you ought to do alright. Note many SFWMD properties are comanaged as WMAs (Cooperative Areas) - don't let that confuse you. WMAs owned by "fish & game" are called Lead Areas. What you don't want to do is hunt a National Wildlife Refuge or National Park, or a State Park, with hopes of handling herps.

See "explore by map" and "explore by name" links. Once you get a likely/possible place by name, e.g. "JW Corbett WMA", you can dive down the rabbit hole of links and additional info. If you get to the WMA management plan (http://myfwc.com/conservation/terrestri ... nline-mps/) you can get some pretty detailed habitat, road and trail info. And a lot more. There are also nice little 2-3 page brochures to print and carry with you. Sometimes there's quite a bit of road, and lots of these WMAs are biggish - 50 square miles or more. Plenty of room to get turned around.

Try a couple of WMAs. Their diversity is pretty sweet.

Okay, thank you Bill and Jimi for being so kind and giving me some advice. My trip will last three weeks. I try to look 24 hours a day. I can sleep when I am back home

one more time I failed to find the pretty Rough Green Snake, but I found ten different snake species, of which I managed to photograph at least nine. I've hiked tons of miles and driven even more, I scanned bushes and trees at daytime and night, but I had no luck.

This is a small selection of what I've found in three weeks: 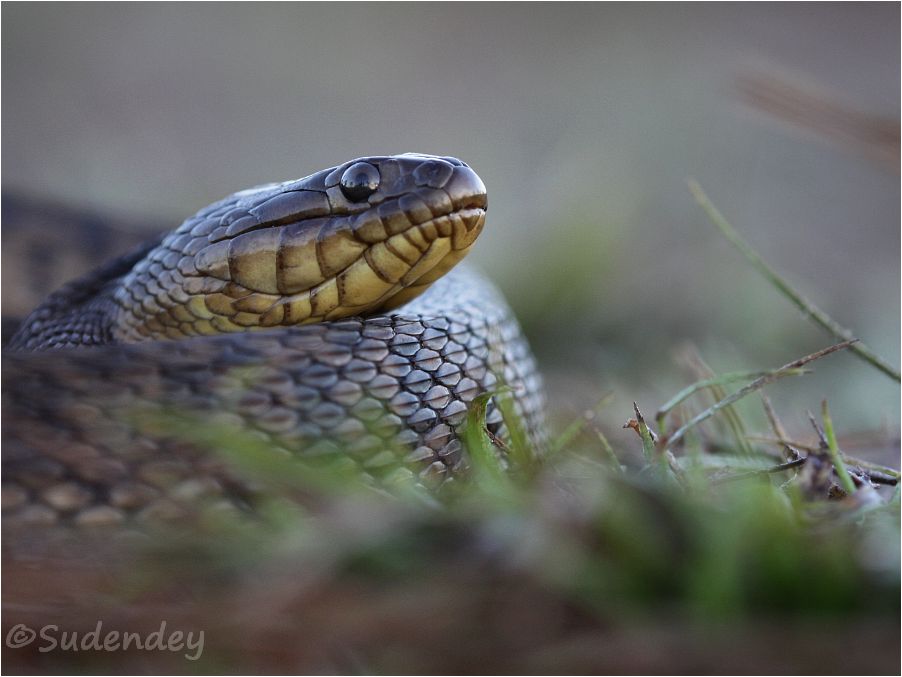 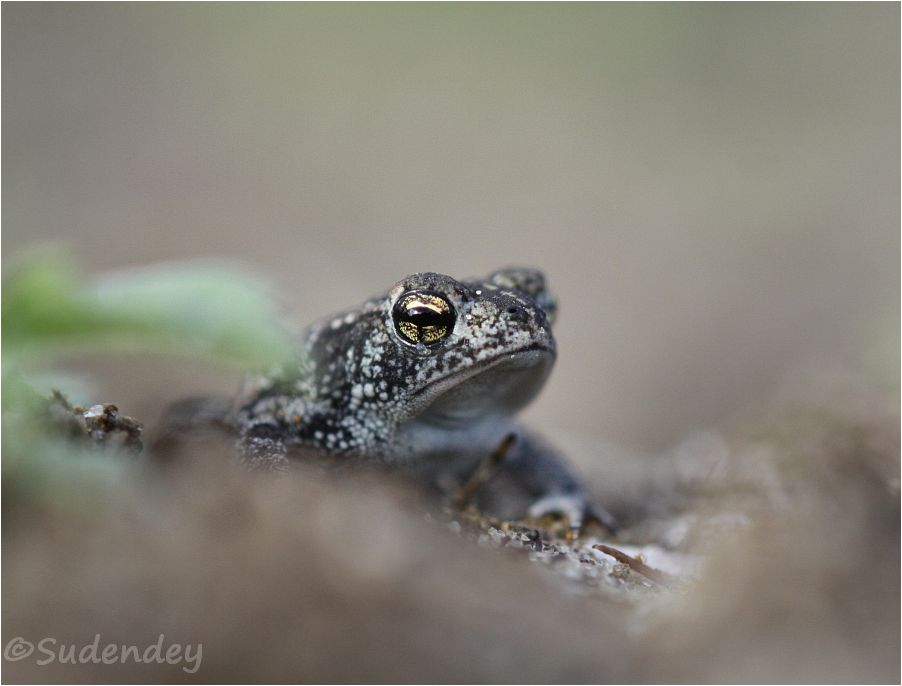 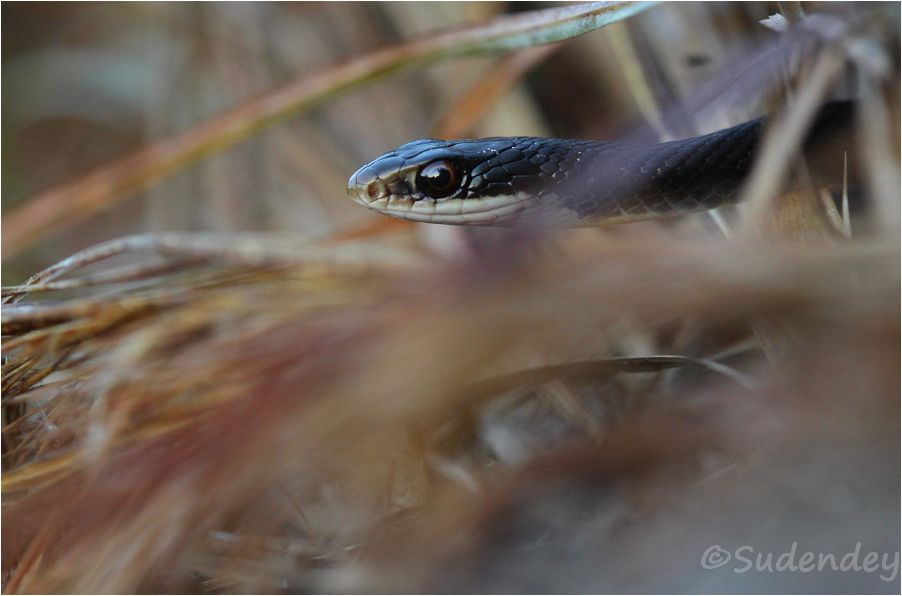 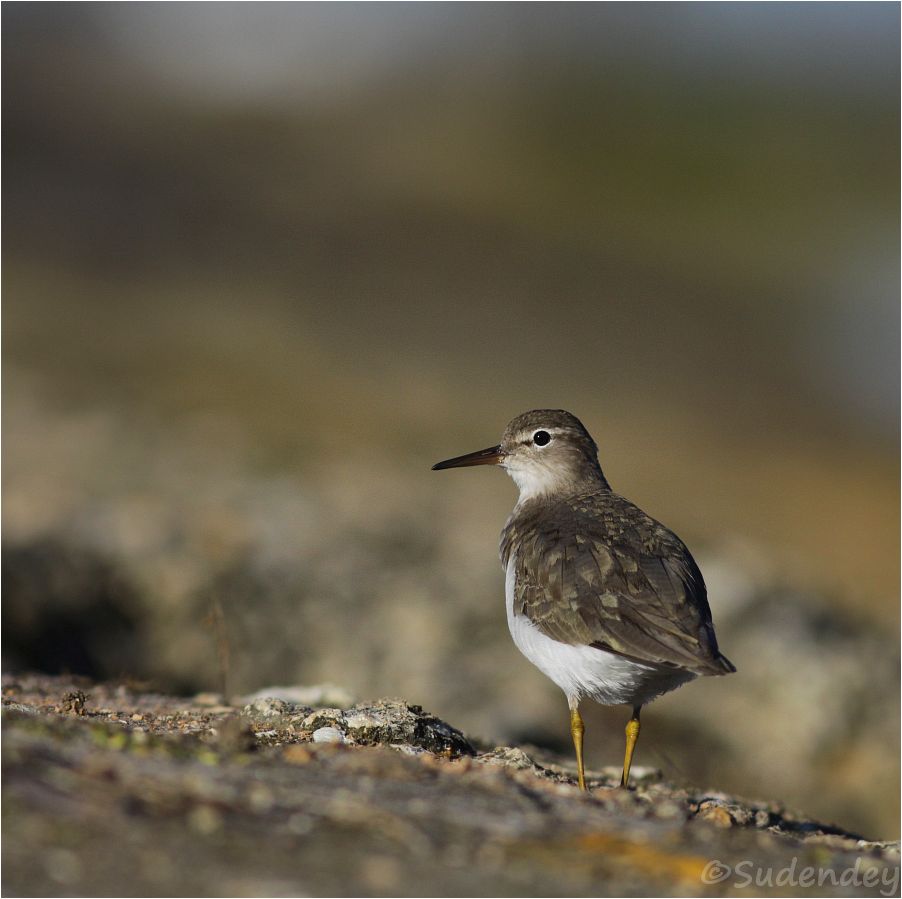 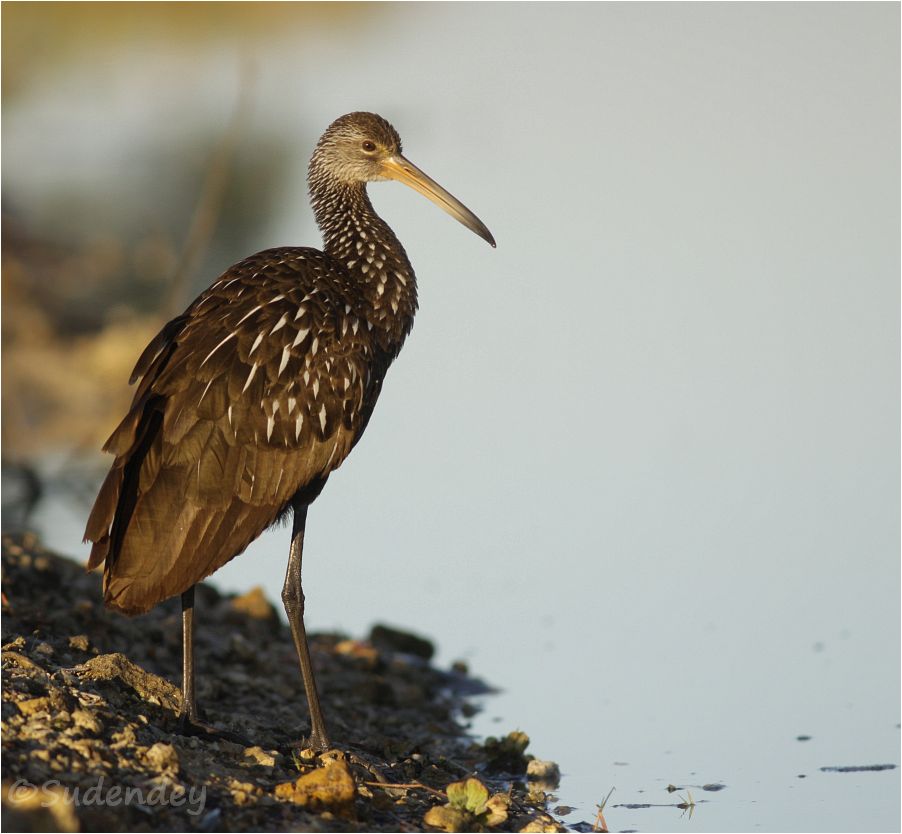 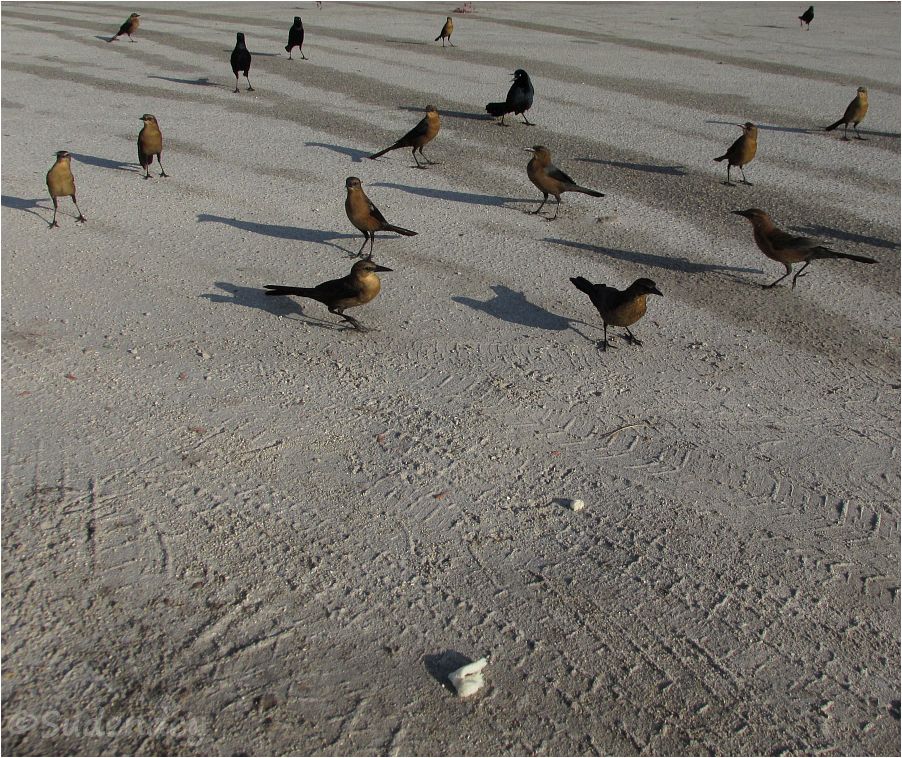 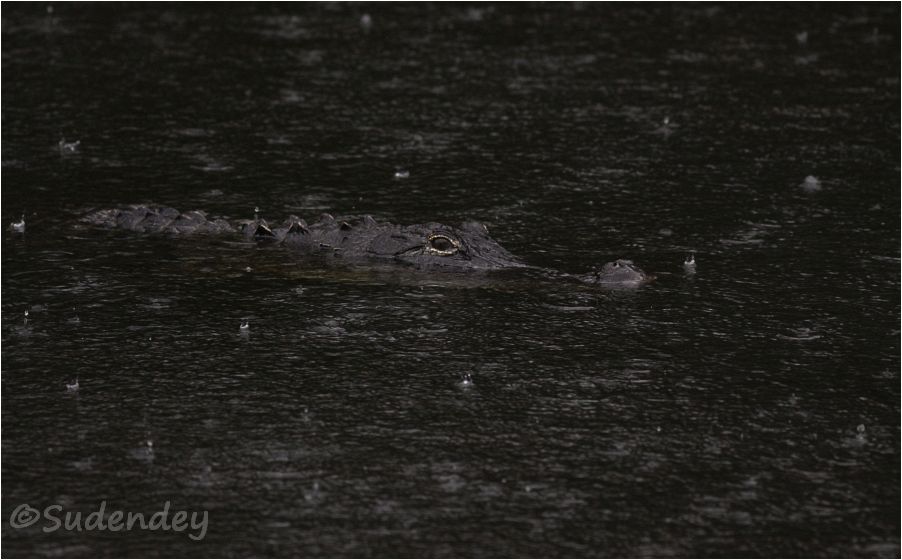 Gator in the rain 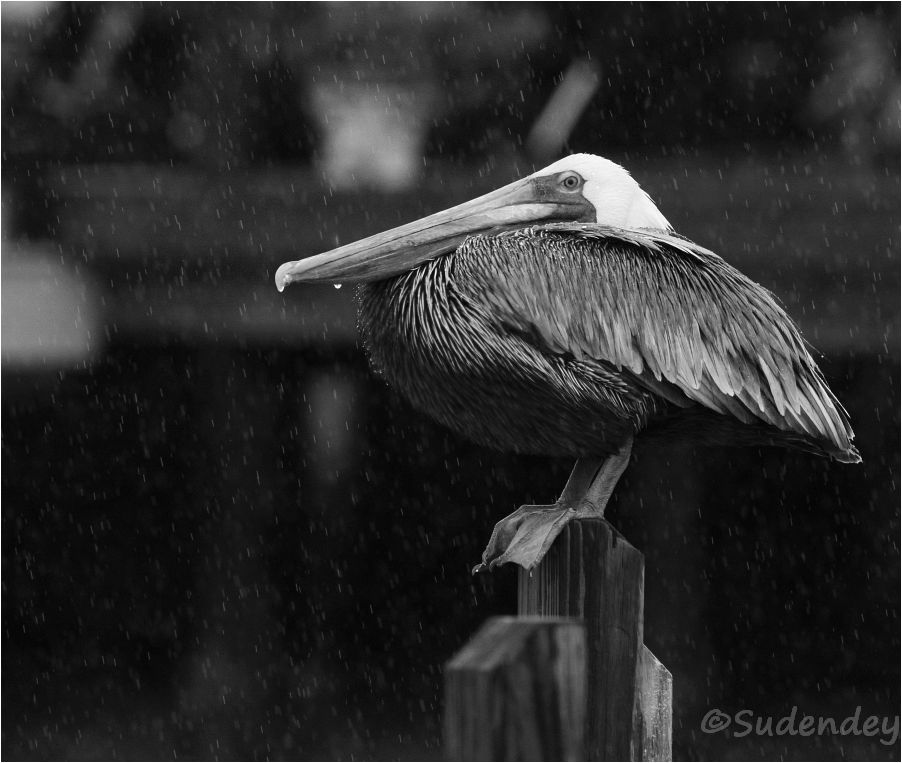 Brown Pelican in the rain 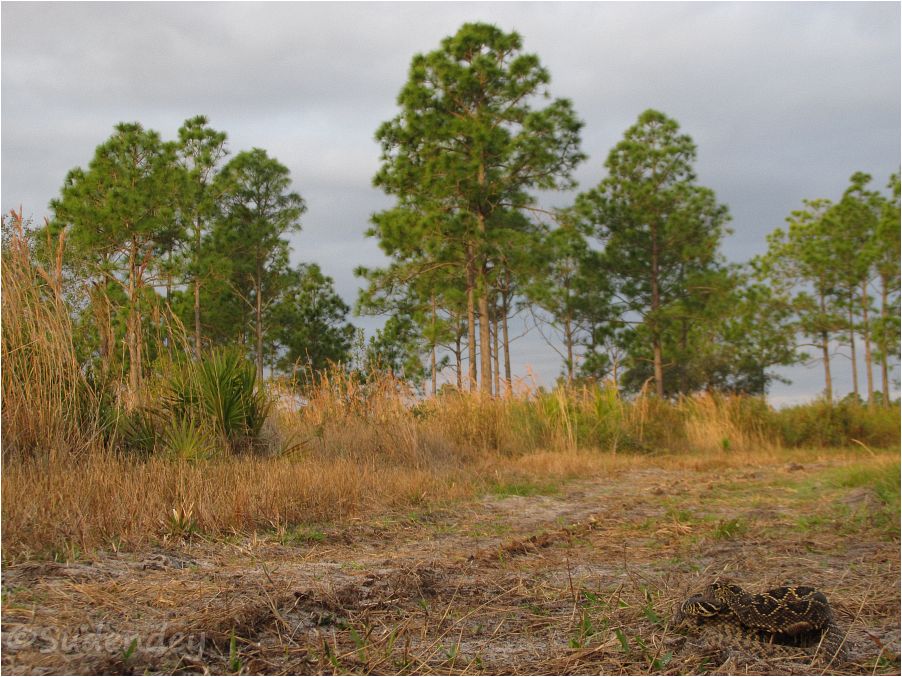 The first week it was quite cold with temperature as low as two degrees Celsius (35°F) in the morning. Second week it was Florida like, while from 26th to 27th of January it was raining nonstop cats and dogs for 48 hours (see alligator and Pelican).

The whole report with 173 images you can find here: https://franksudendey.blogspot.com/2019 ... liche.html

Looks like you had a pretty good trip, despite still being dogged by your 'White Whale". No shame man, we've all got one.


this image I took with my compact camera. It proves the unbelievably confidingness of this bird, who didn't care about me at all

Cool bird, fun interaction. But I wanted to point out something else you saw, which is depicted in the photo. The plowed lines are fire breaks. Areas like that get burned by the area managers every 3-5 years. The breaks delineate the "burn units". Non-plowed breaks include roads and canals.

The burn cycle is an attempt to approximate what Nature used to provide or impose. Natural ignitions no longer suffice, as today's fragmented landscape no longer allows distant ignitions to propagate fire long distances. Without fire, these open pine savannas can quickly accumulate a thick understory or midstory of saw palmetto, hardwood trees, and/or dense young pines, which shades out the herbaceous understory. This in effect destroys the "economy", by removing the base of the food web. Pine needles and oak leaves aren't food for much. Very importantly, such un-natural succession eventually greatly reduces the number of gopher tortoises on the landscape, which also reduces the number of tortoise burrows. The burrows are an essential shelter from fire, for a great number of vertebrate and invertebrate species.

Again I point out a management aspect, related to the previous paragraph. You may have wondered "what the heck happened to these little palms?" Those are saw palmettos. Given too much rest from fire, they can come to utterly dominate the understory, destroying the "economy" as mentioned above. A manager can get fire to carry across a thick palmetto stand but he risks killing the pines and it also takes a hell of lot of burns to knock back the palmetto (reduce its height and coverage) to any meaningful degree. So instead a manager often employs what you see there - a mechanical knock-down (usually using a roller-chopper) followed by a few weeks of curing, then a burn. The point is to get away from a shoulder-high, wall-to-wall situation to maybe a series of thigh-to-waist-high patches.

abandoned cabin in the wood for hunters to check in and out – really abandoned?


Oh no, not at all abandoned. (Abandon a structure in Florida and it's going to go to hell really, really fast!) It's just not staffed at all times. Mainly those are used during deer hunting season, as "check stations" where hunters bring their kills and biologist-managers collect samples (tissues, ectoparasites, etc) and other forms of data ("were you satisfied with your hunt?") that feed back into the management regime.

I'm glad you got a diamondback!

Be nice to do exactly the same in April or May; probability of target raised exponentially.
Top

Thank you guys for your comments!

This species is always impressive. It has been my second largest Diamondback ever!


BillMcGighan wrote: ↑
February 24th, 2019, 5:22 am
Be nice to do exactly the same in April or May; probability of target raised exponentially.

Oh, i have already been there in April! The species were almost the same. But probably it is better to not find everything, because there must be a reason for another trip