This trip was actually a while back now but I decided it was about time I did a write up. The trip was from Darwin to Uluru via Alice and back over the span of about 10 days. We covered some serious distance and saw some cool herps. It was in the middle of January and stinking hot, however we were blessed/cursed by some hefty deluges.

This trip was a bit rushed and because of another previously successful trip to the area, our effort was focused on photographing new and targeted species, of which we had good results.

As we drove south out of Darwin the scolding temps suppressed most life except for a sole large Northern Blue-tongue which was ushered off the road quickly. As night fell the herps came alive. We quickly found some Desert Spadefoot frogs after hearing their calls and inspecting a soggy patch by the roadside. That night we also came across a few Brown snakes and a Black-headed python but as time was short we couldn't afford to spend long photographing a riled up brownsnake.

Desert Spadefoot Toad (Notaden nichollsi). This is a really cool genus and one I dare say would be a favourite of many Aus Frog nerds. 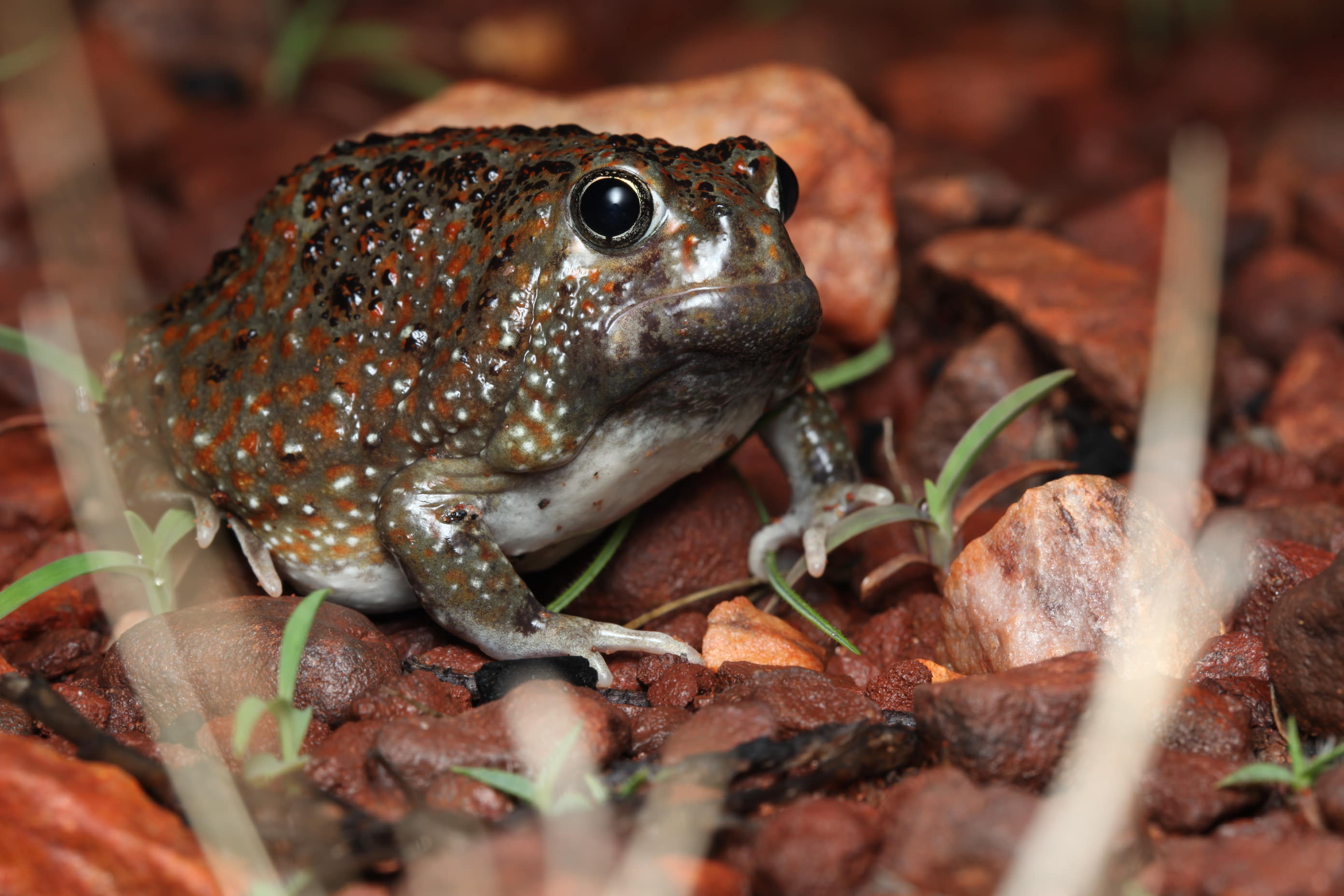 This was just a neat Amphibolurus dragon I found nearby. 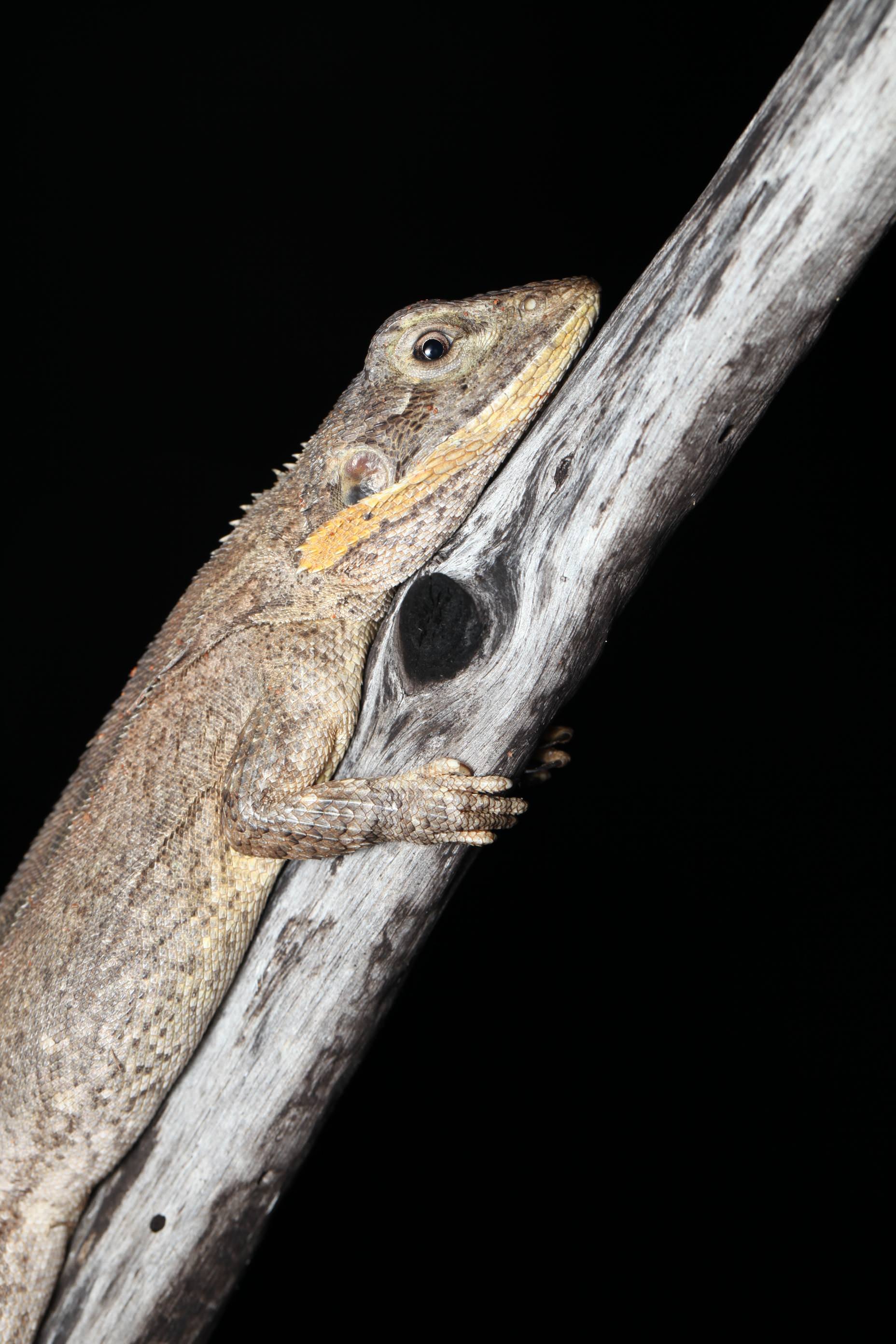 Another long quiet day of driving saw us getting into the real inland. After a painfully long wait on a burger at a road station we got driving again later than I had hope yet within 5min of getting on the road we came across this beauty, always a target of inland herping trips.
Desert death adder (Acanthophis pyrrhus) 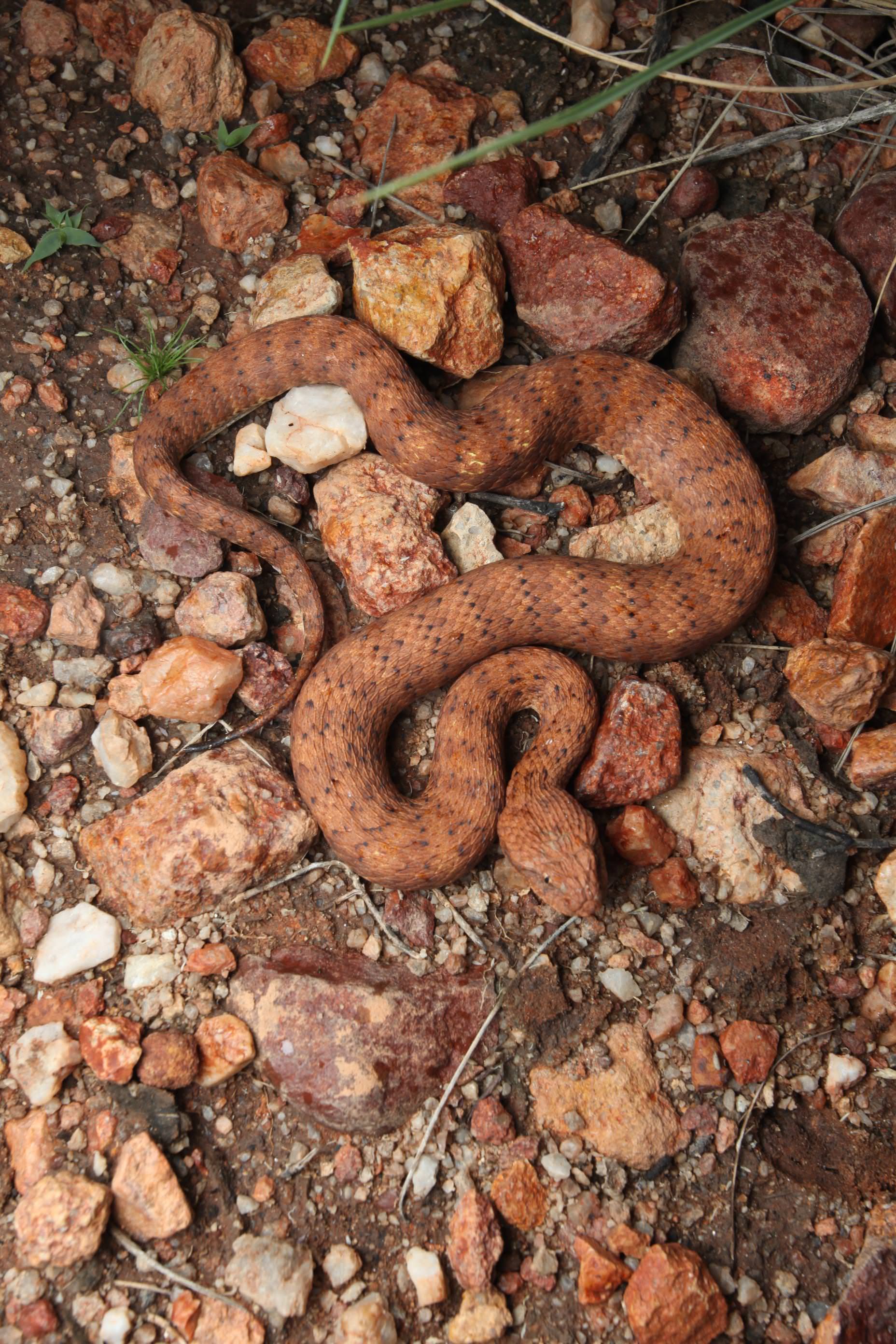 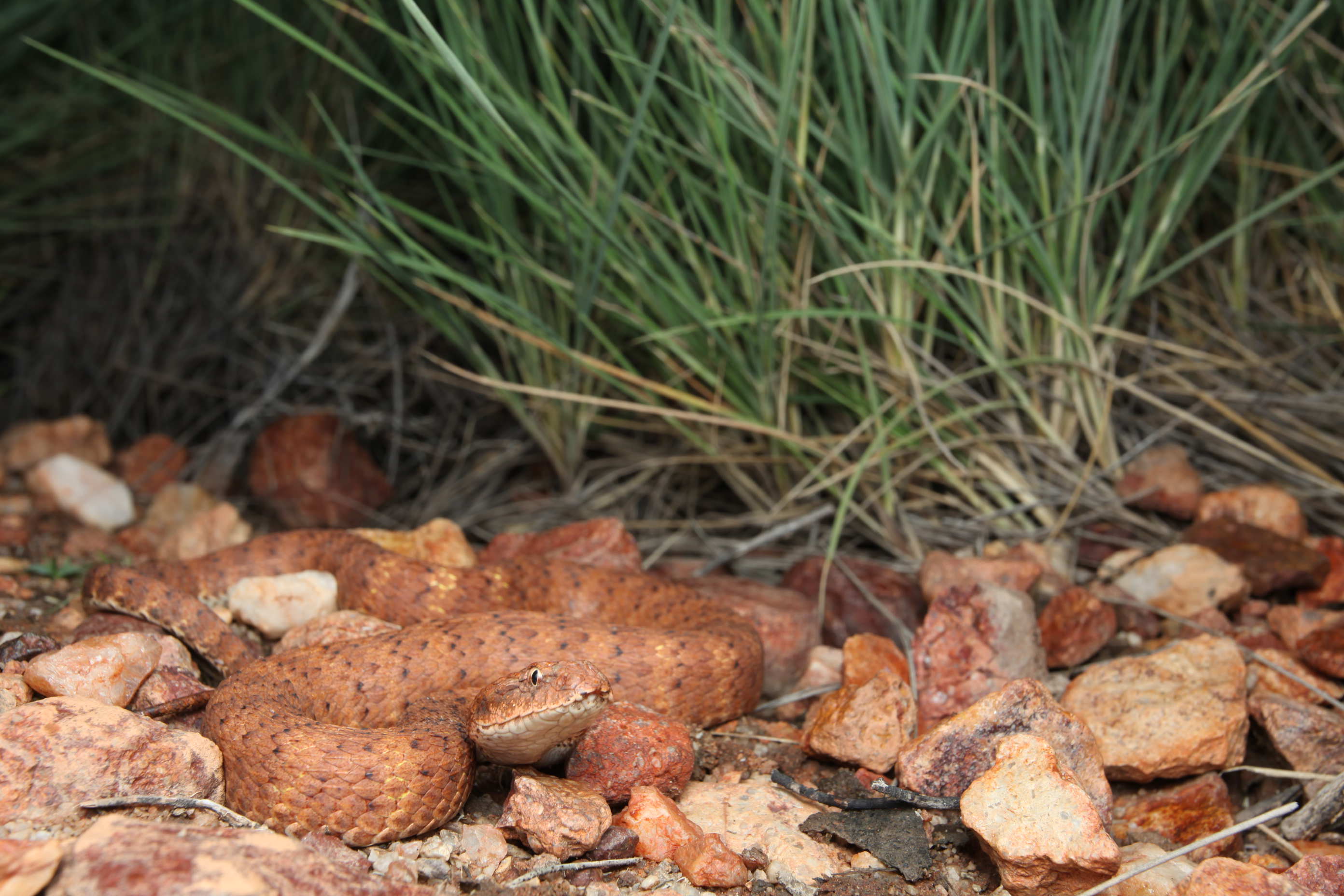 Later that night and further south again we came across these.
Night skink (Liopholis striata) 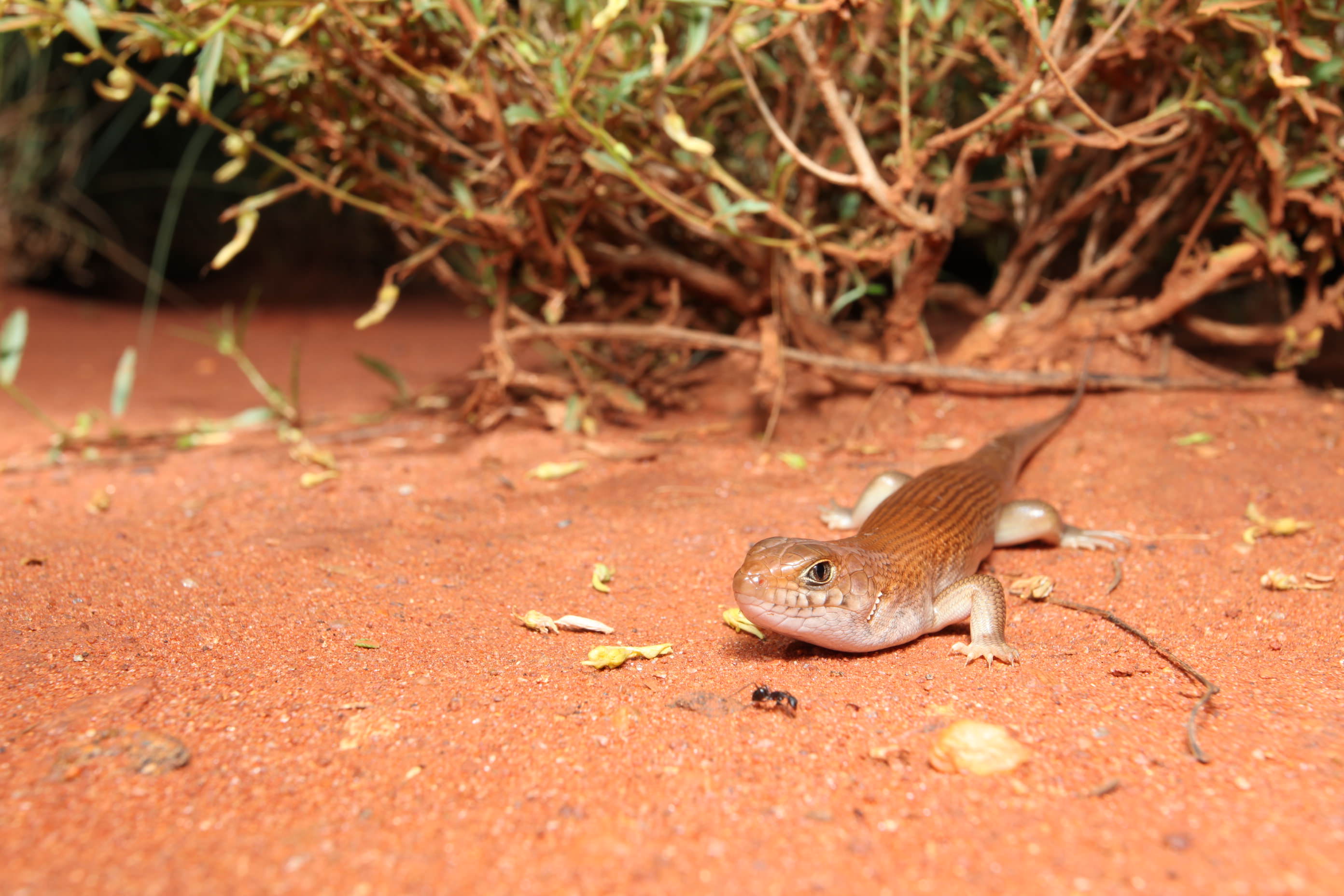 More driving the next day but we finally arrived at our first location Alice springs.
Over the next couple of nights we saw many many cool species and got shots of this cute juvenile Centralian blue-tongued skink (Tiliqua multifasciata) 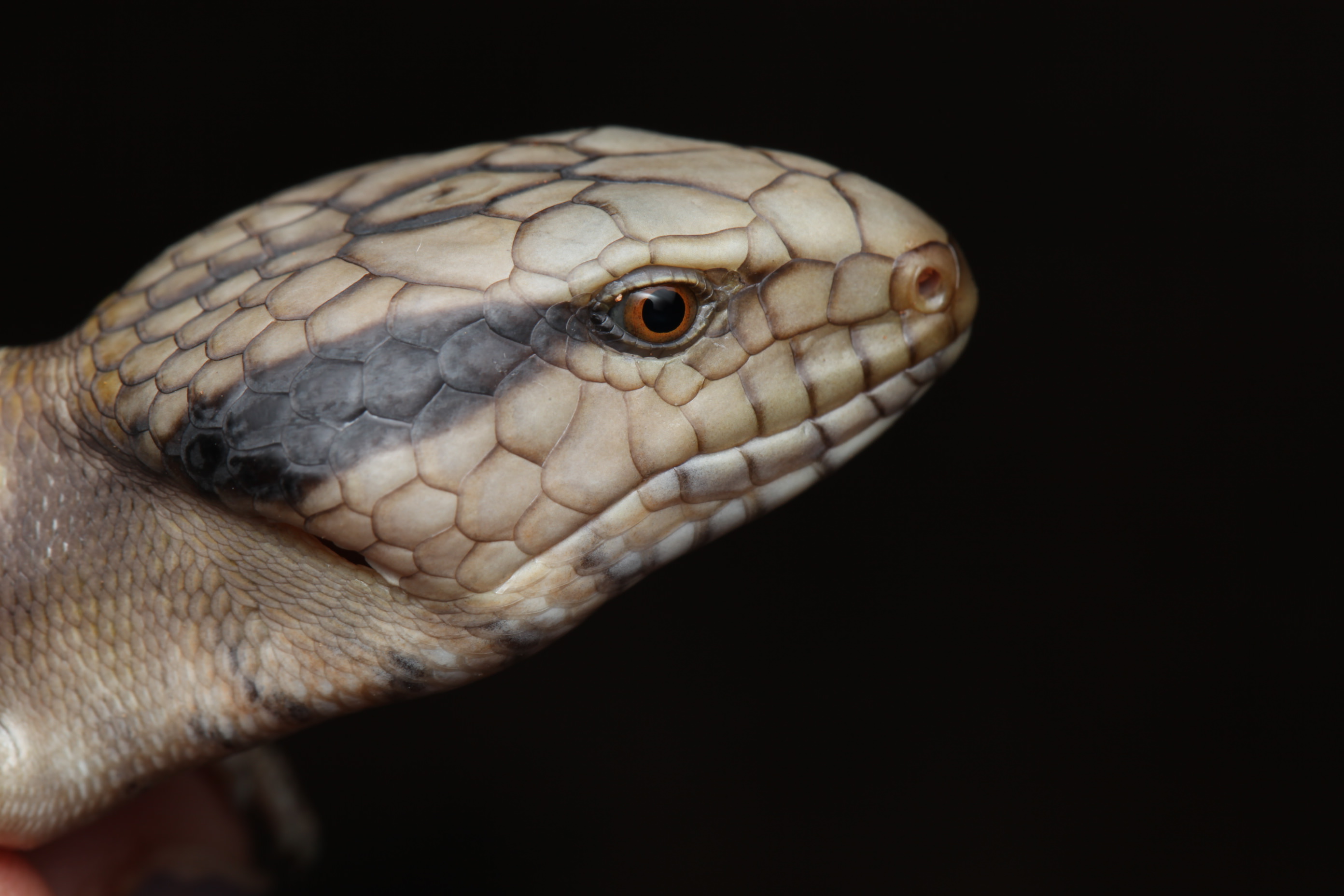 Next, one of our target species, Mesa Gecko (Diplodactylus galeatus). These guys ended up being very keen on continuously running. 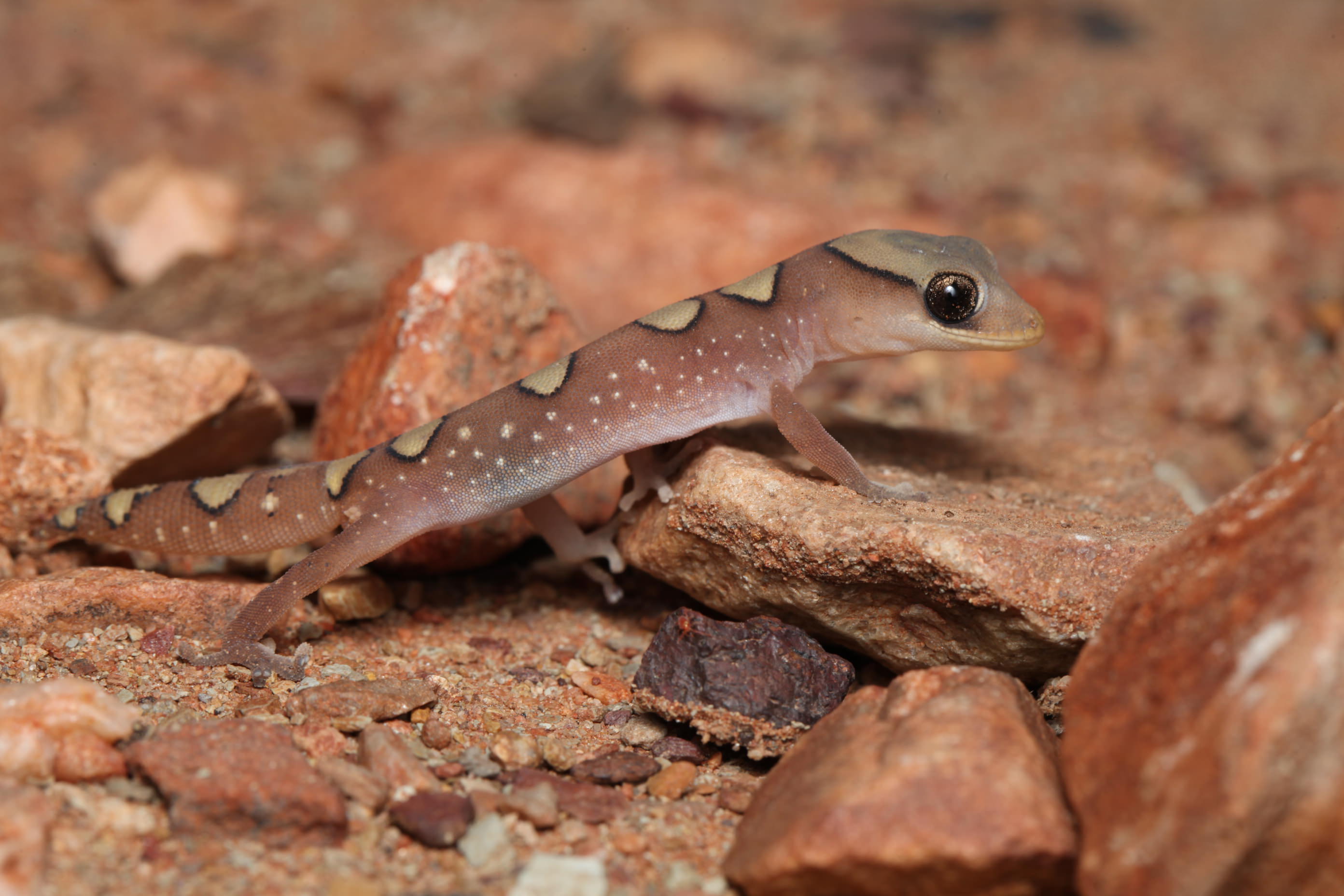 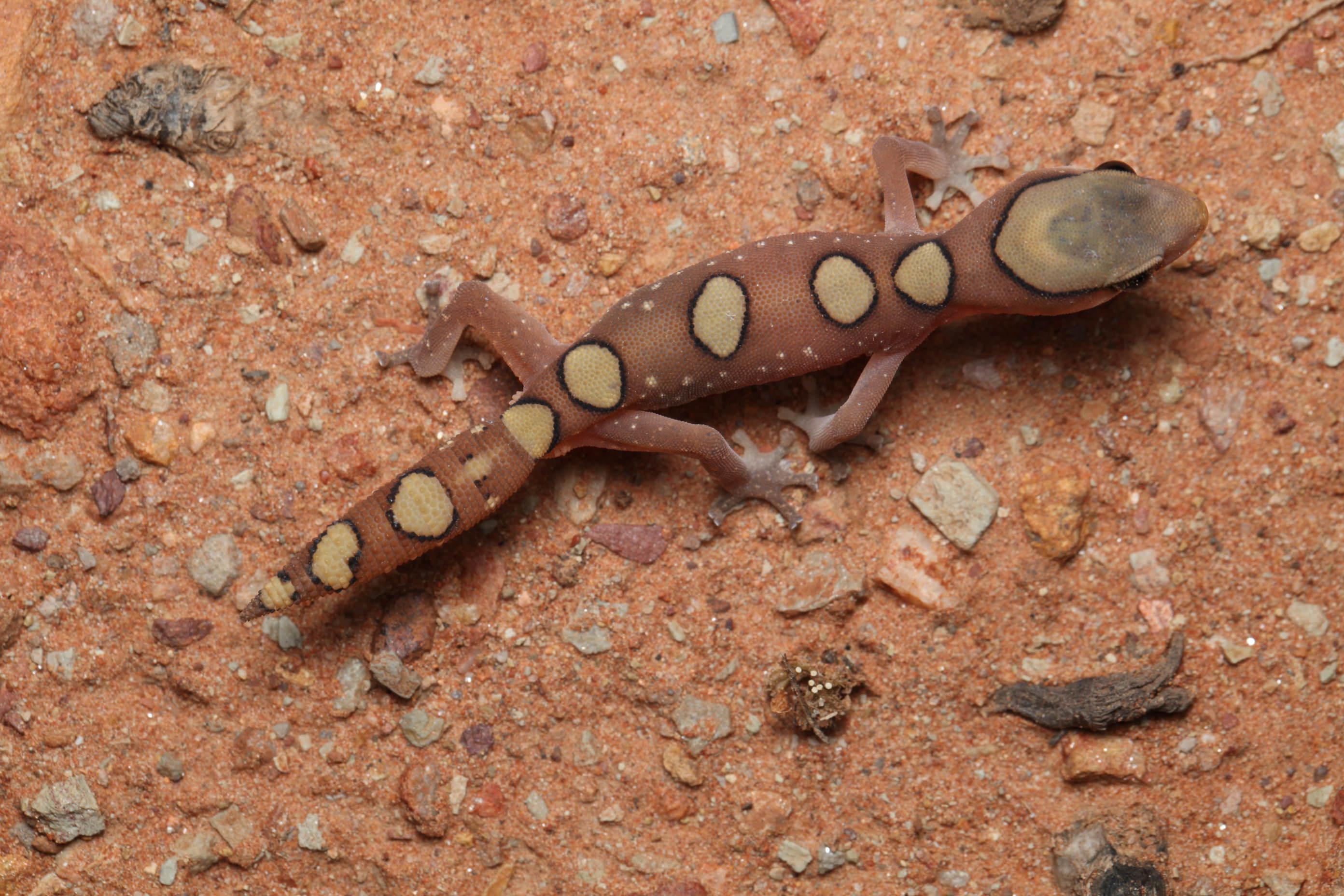 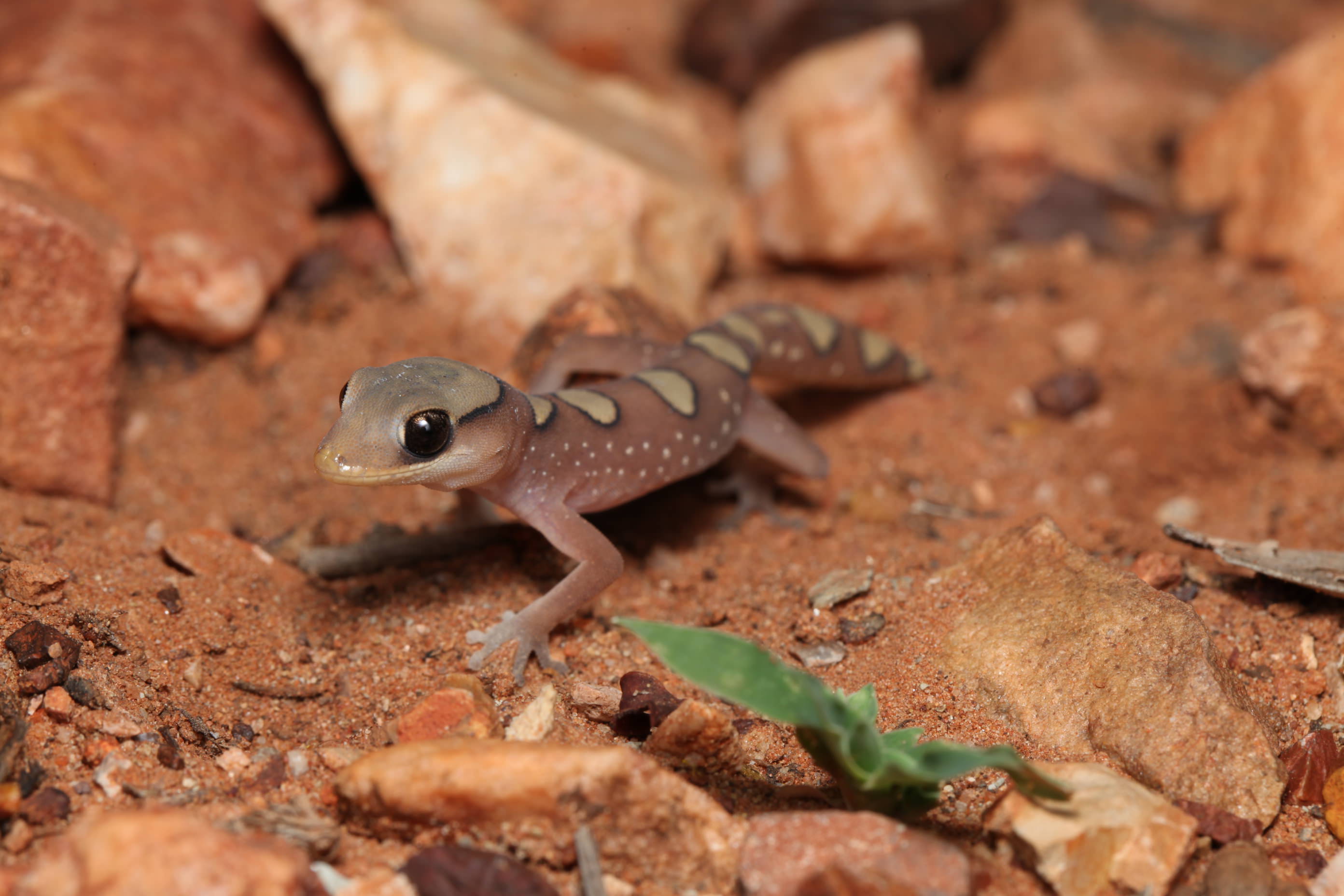 We didn't find our target of the Centralian carpet python. We then decided to head south again to the red sand, Uluru. 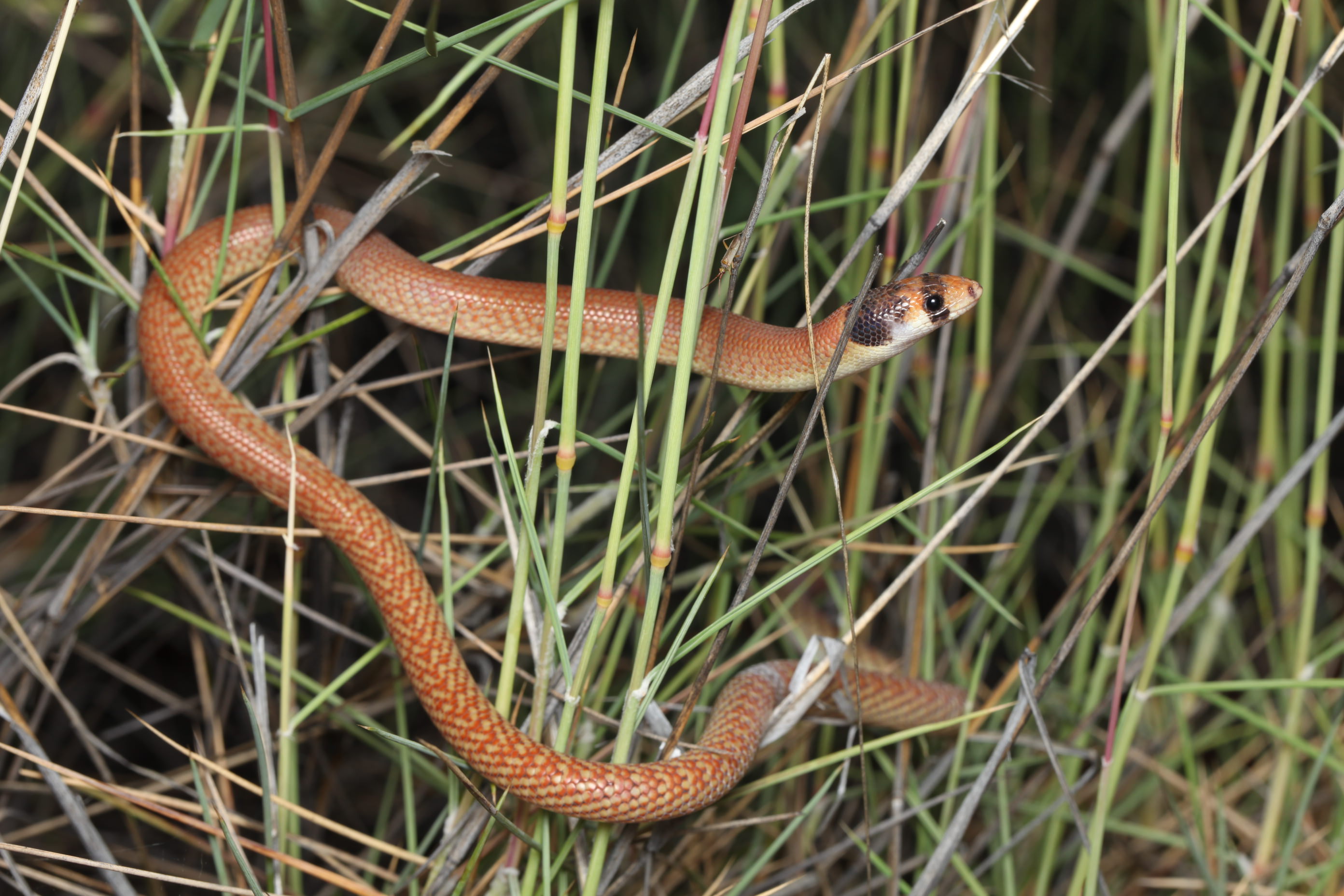 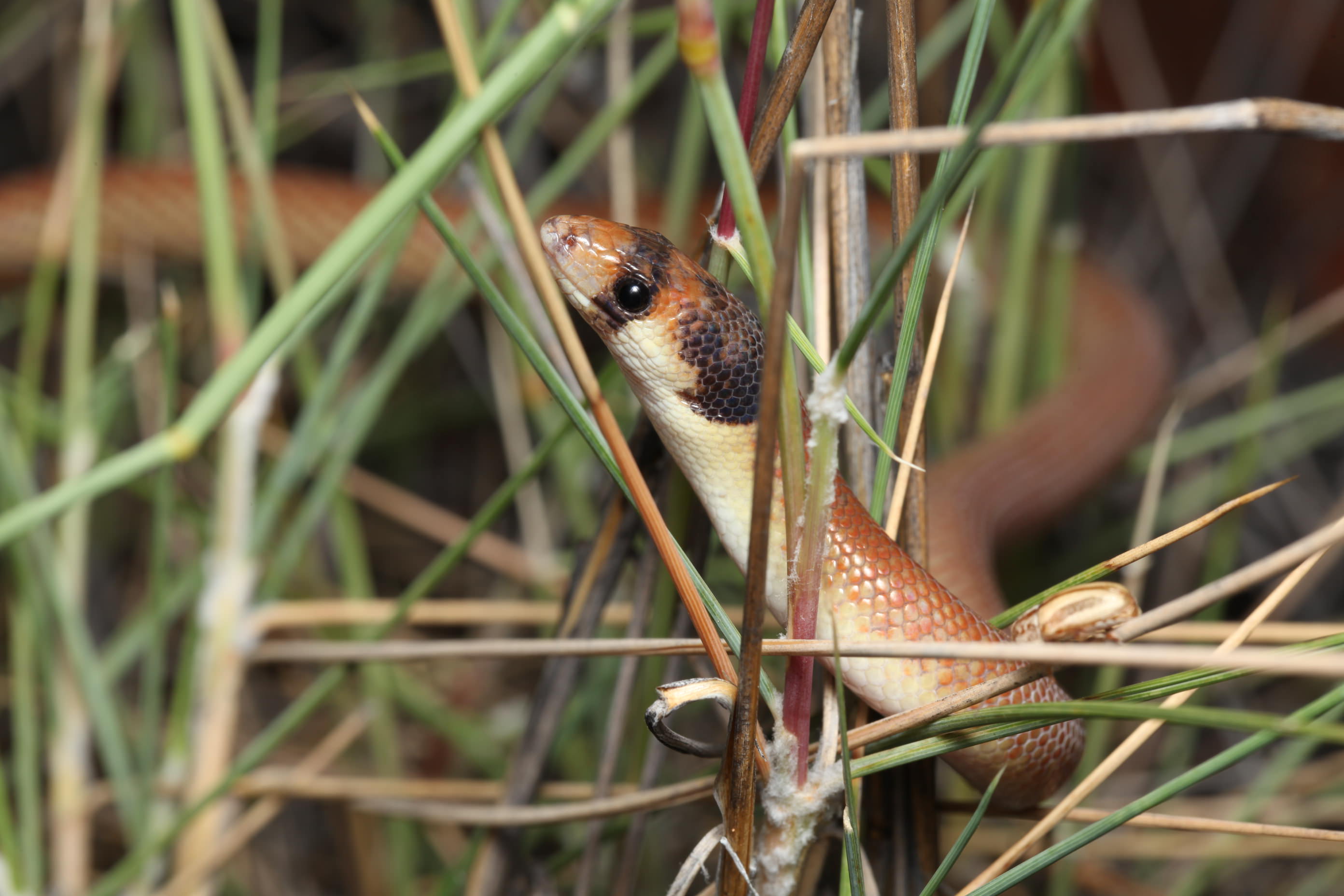 Waking earlier in the morning we were treated with this spiky character. A target we didnt expect to get considering the day time temps.
The Thorny Devil (Moloch horridus) 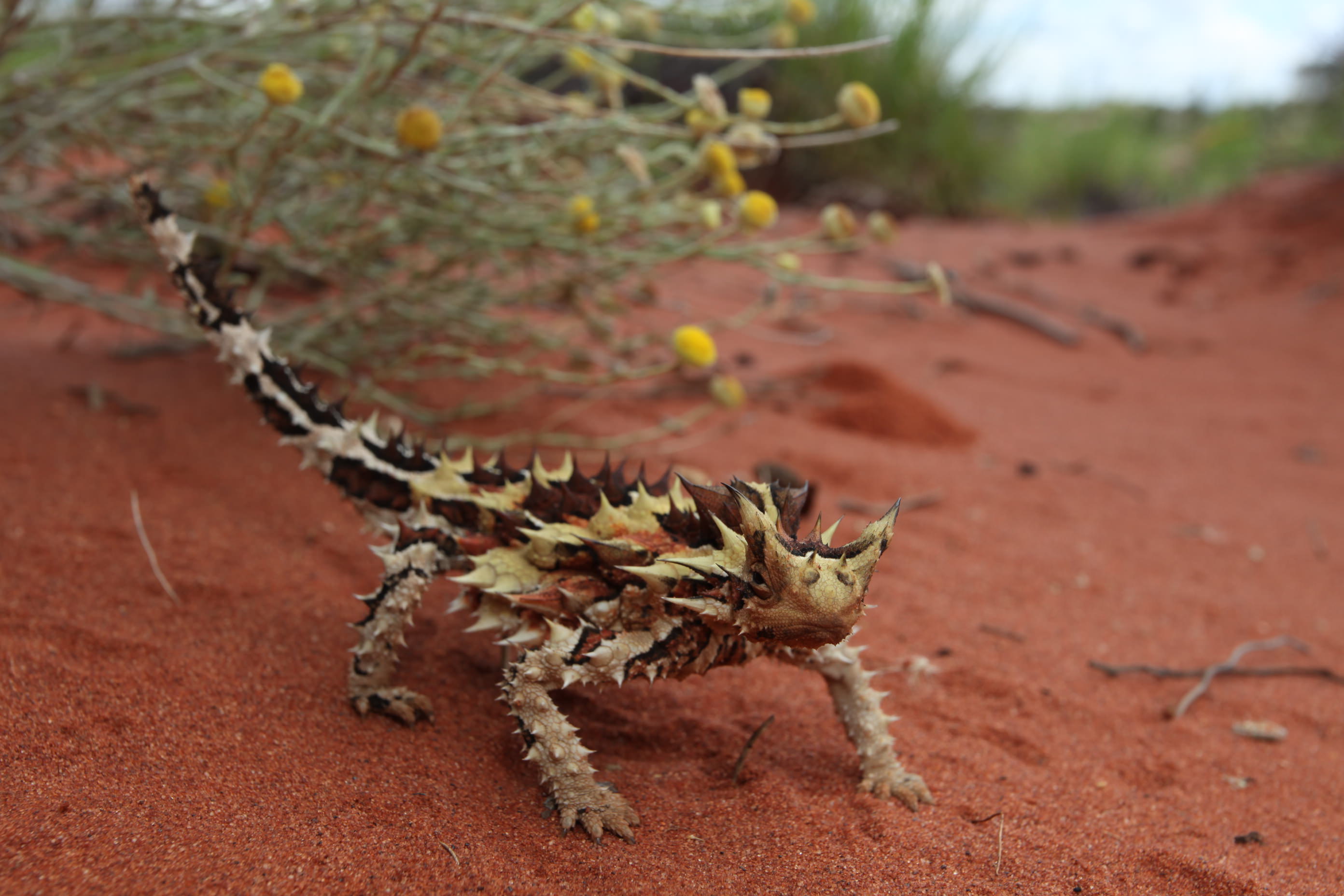 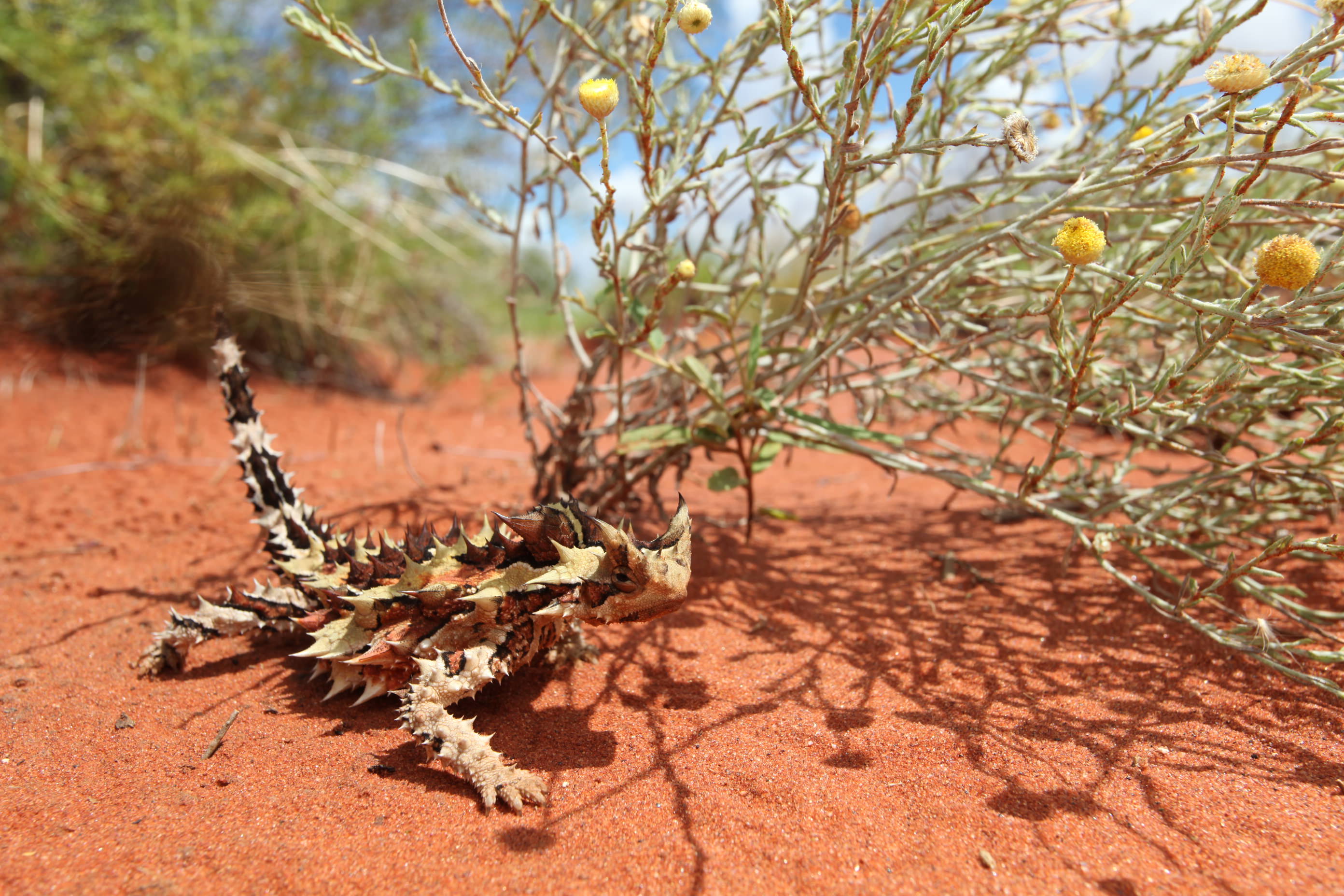 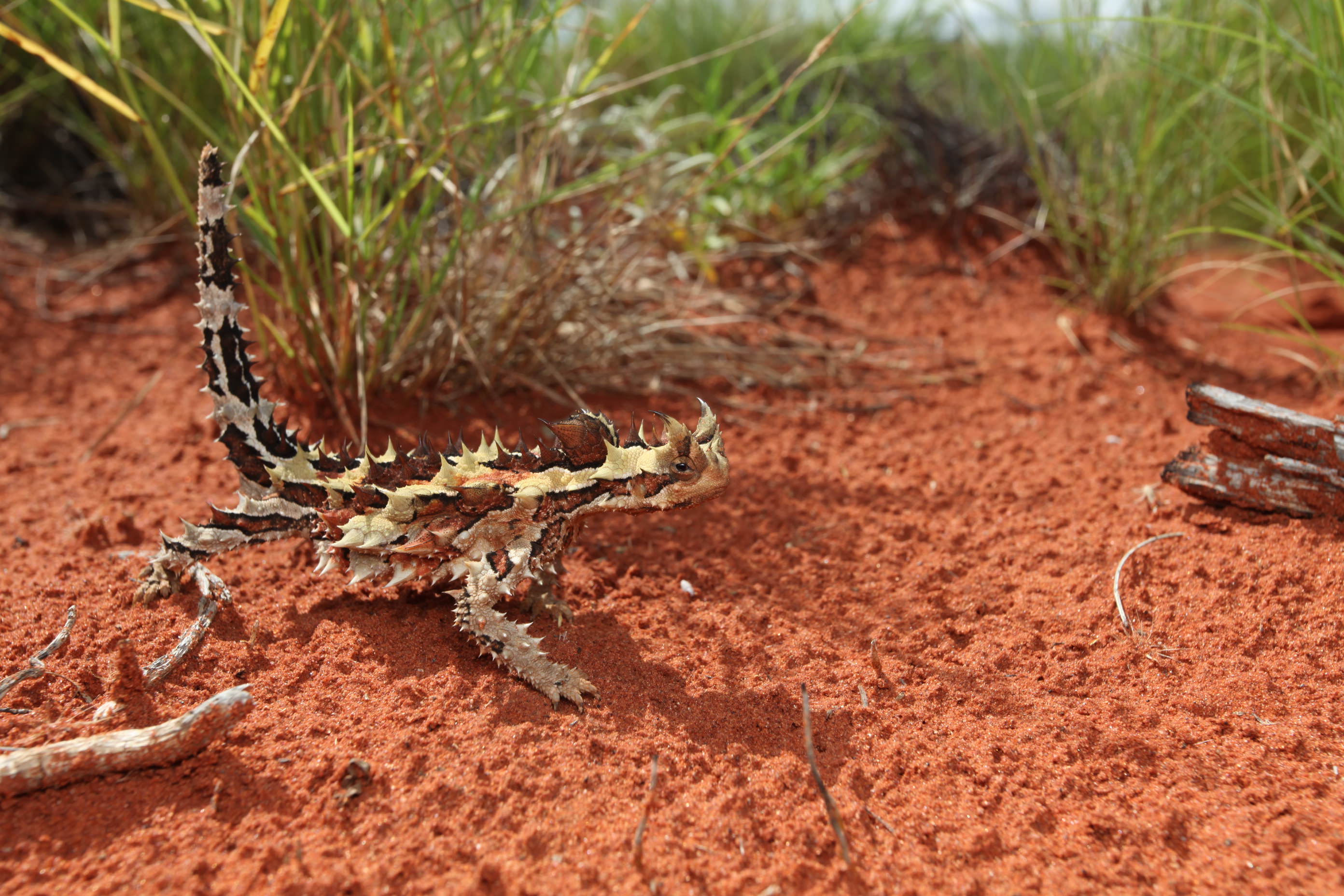 Over the next couple of nights we found plenty of herps despite a cool front that had moved through. 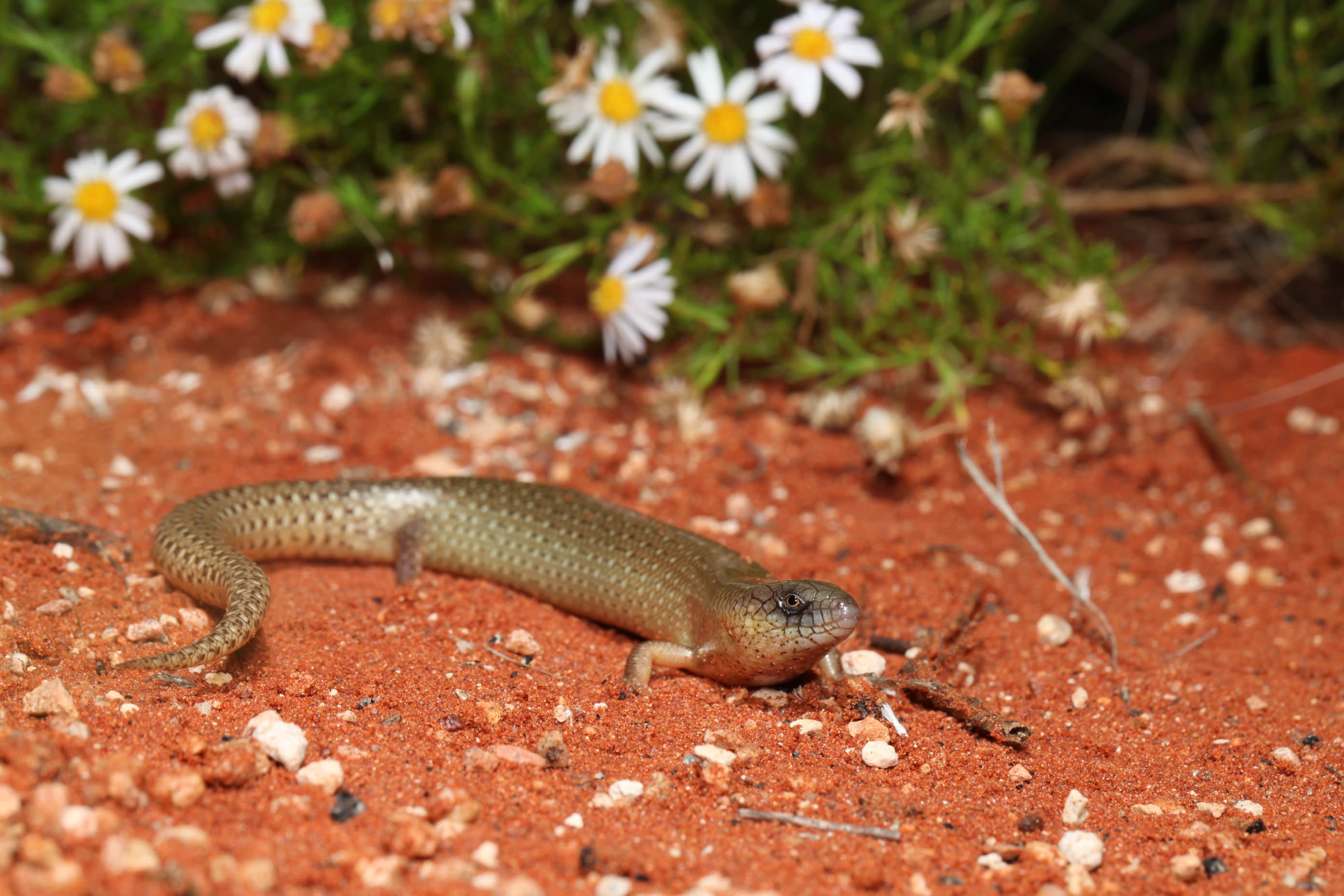 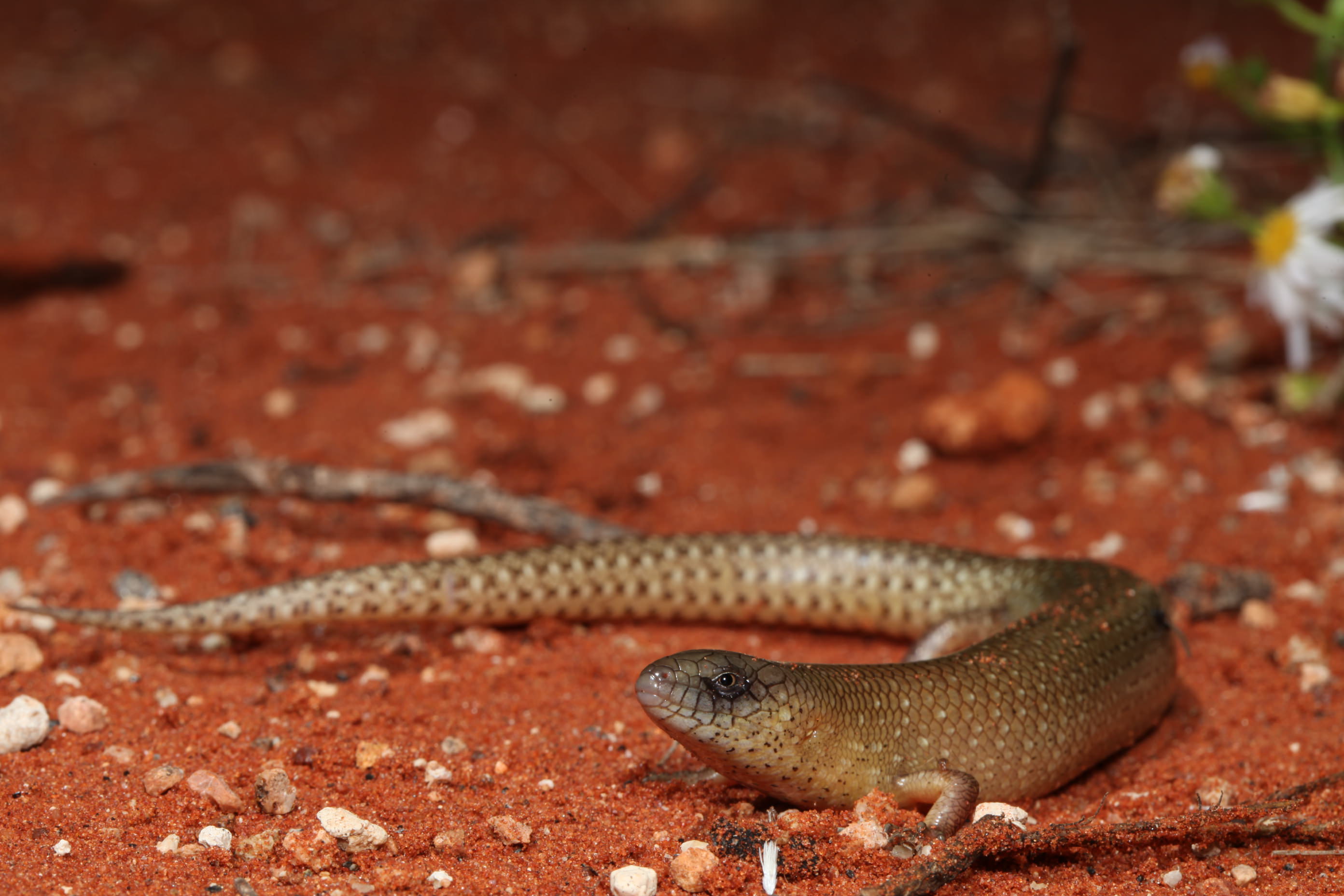 Not a herp but these guys are always cool.
Desert Scorpion Urodacus sp. 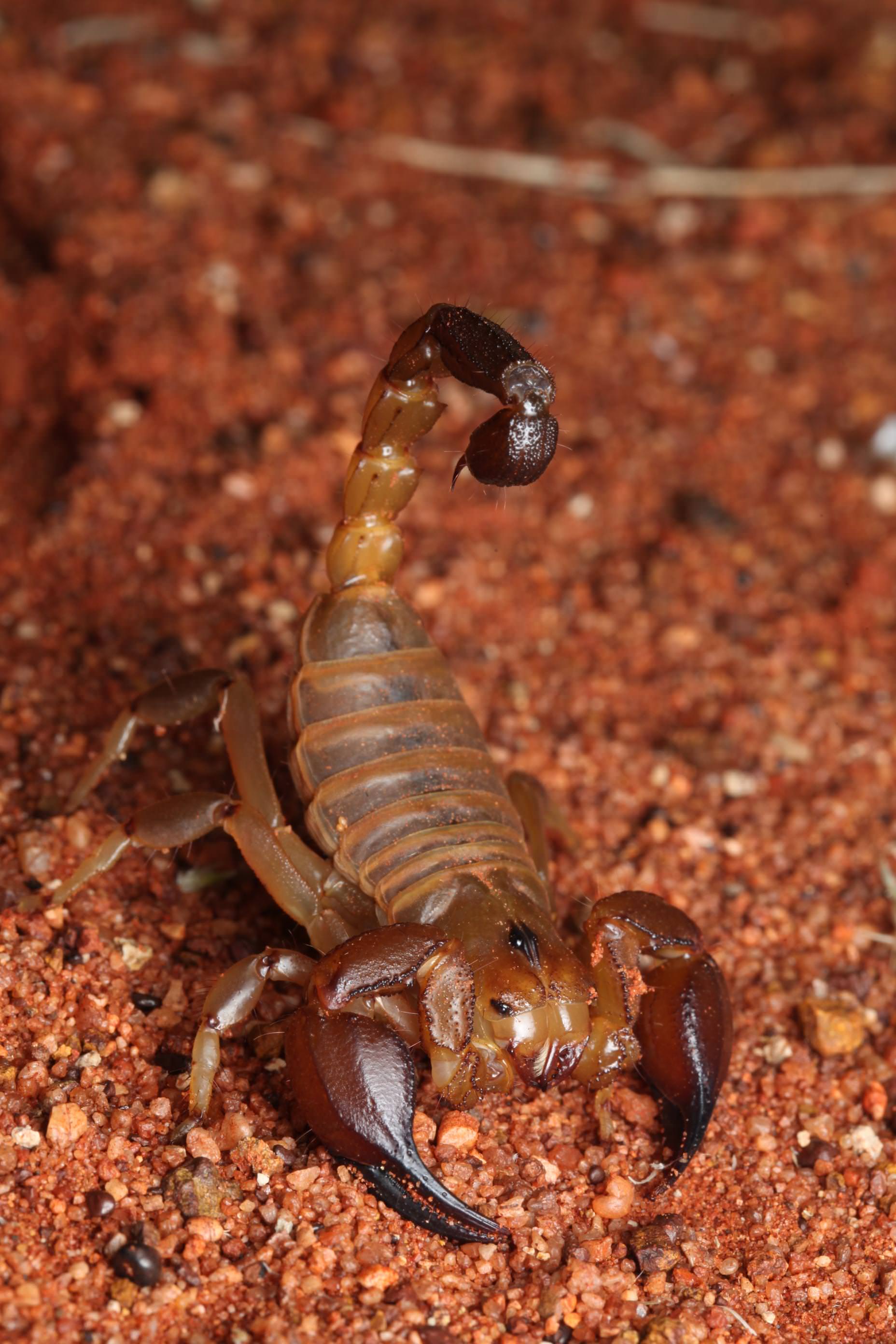 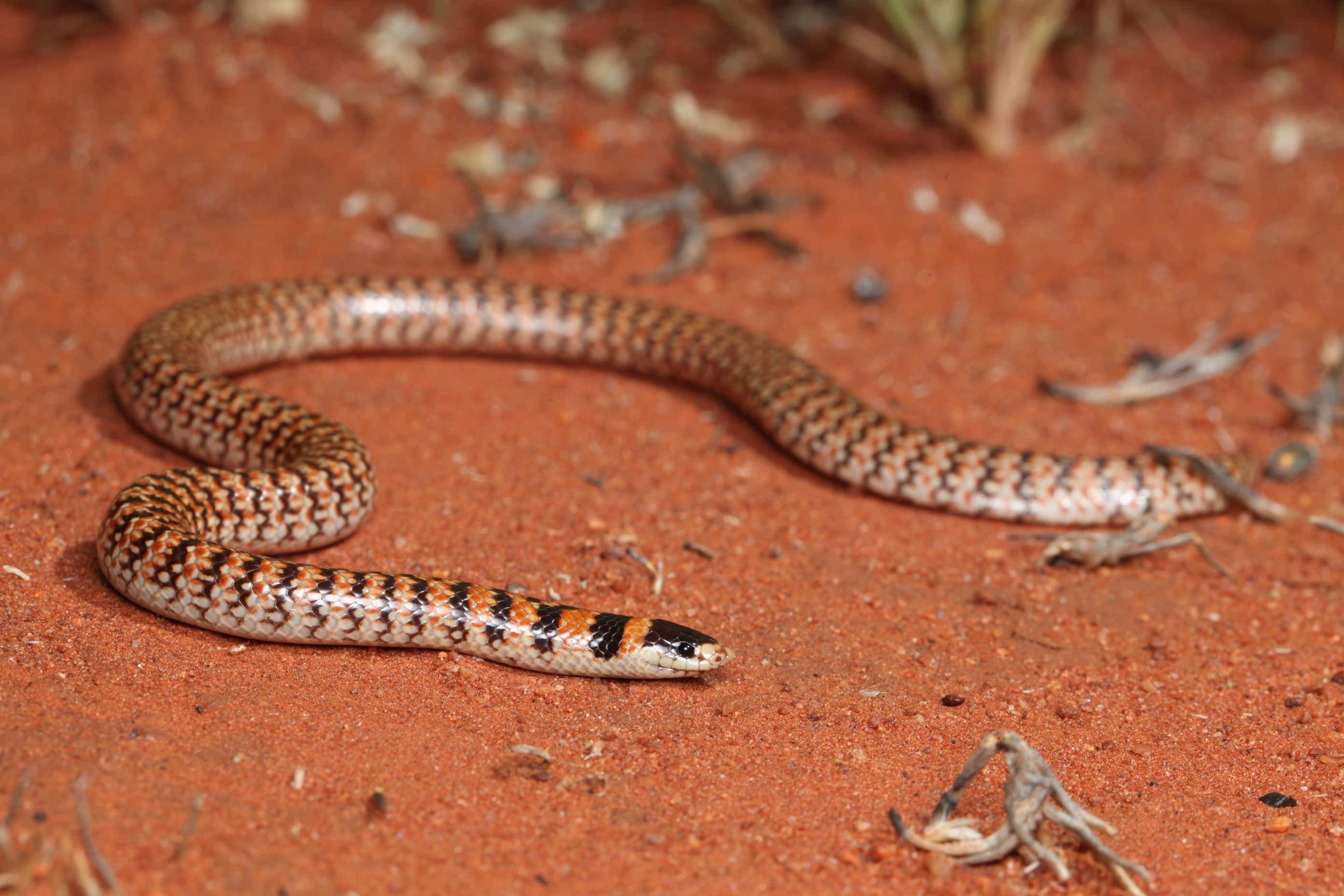 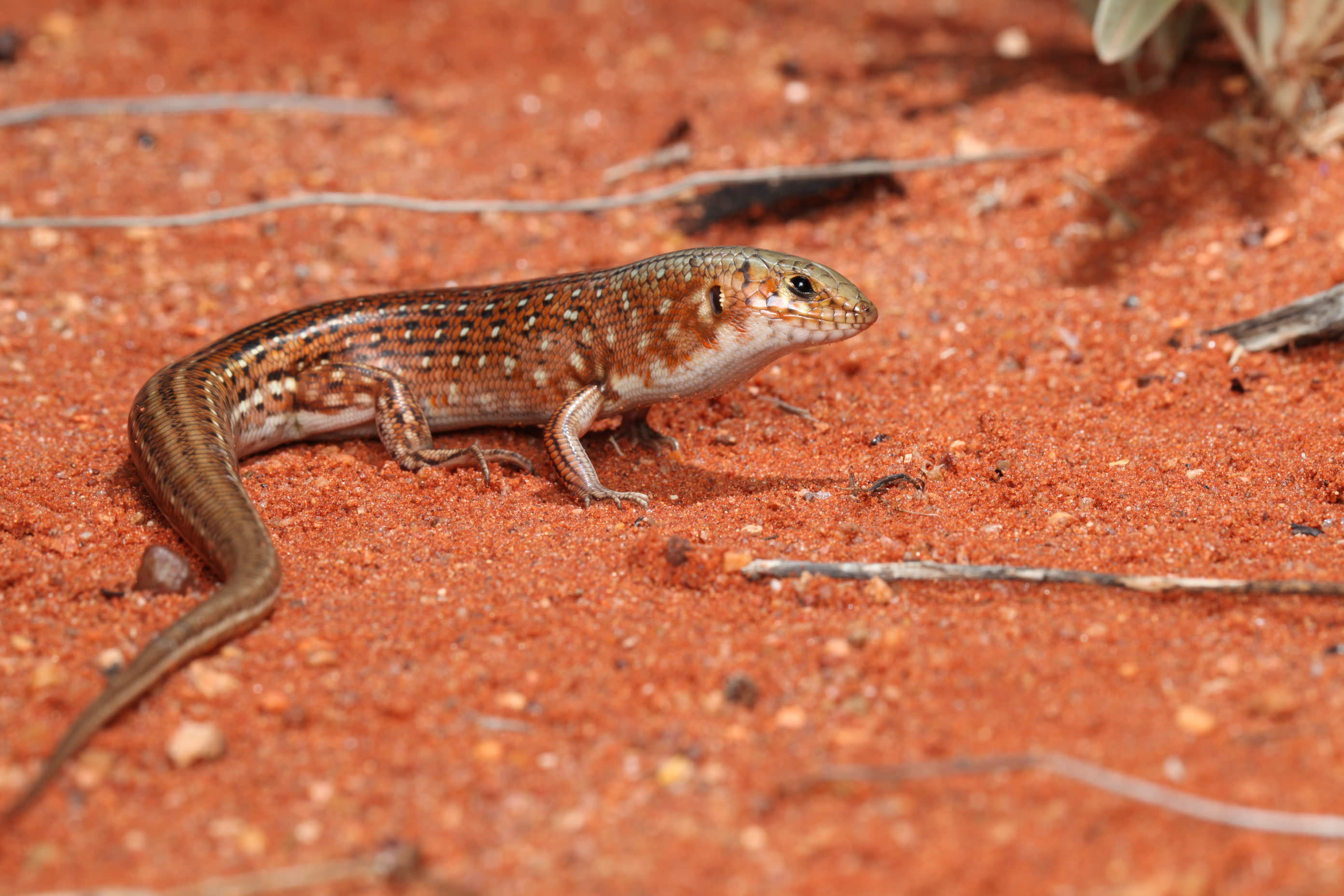 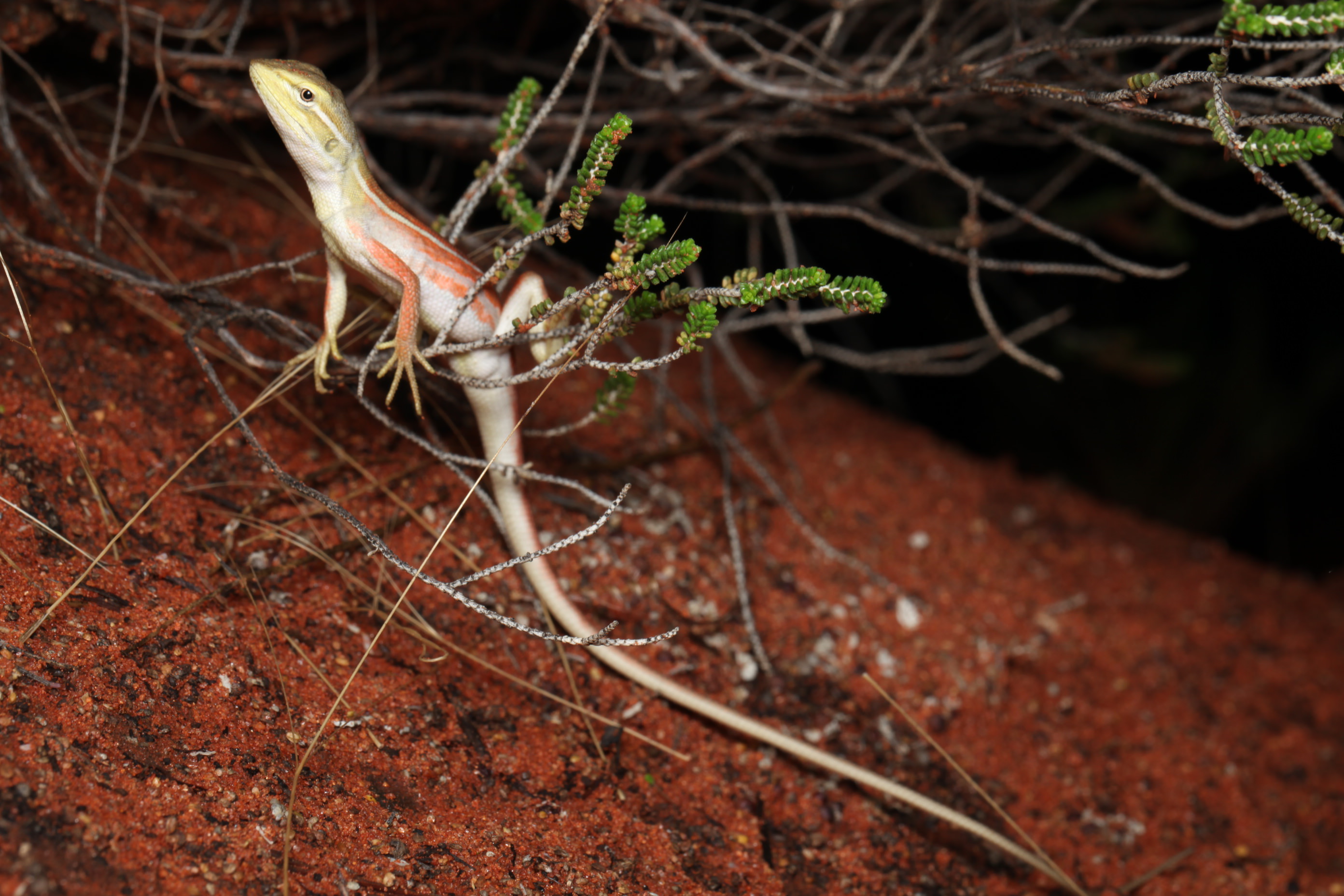 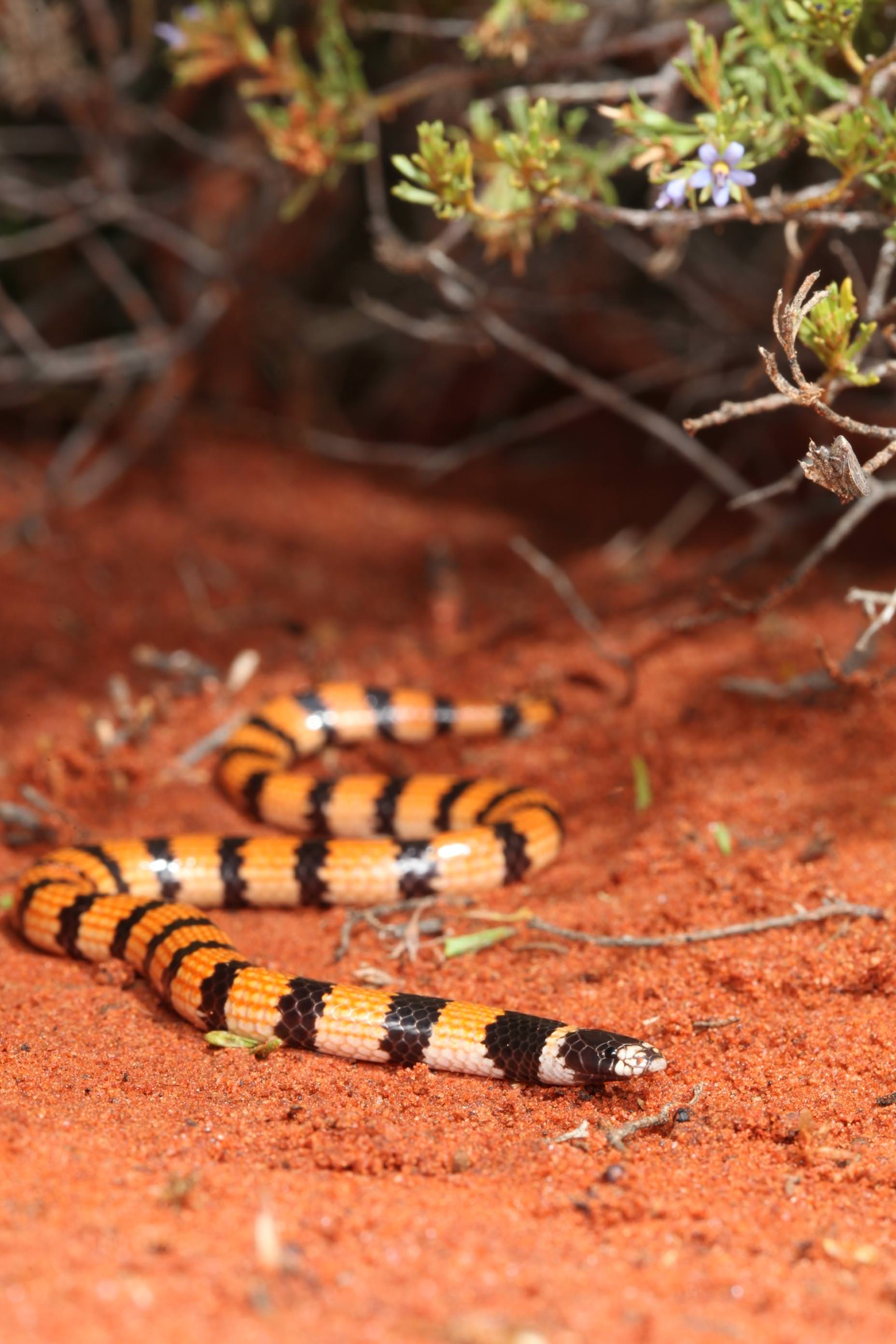 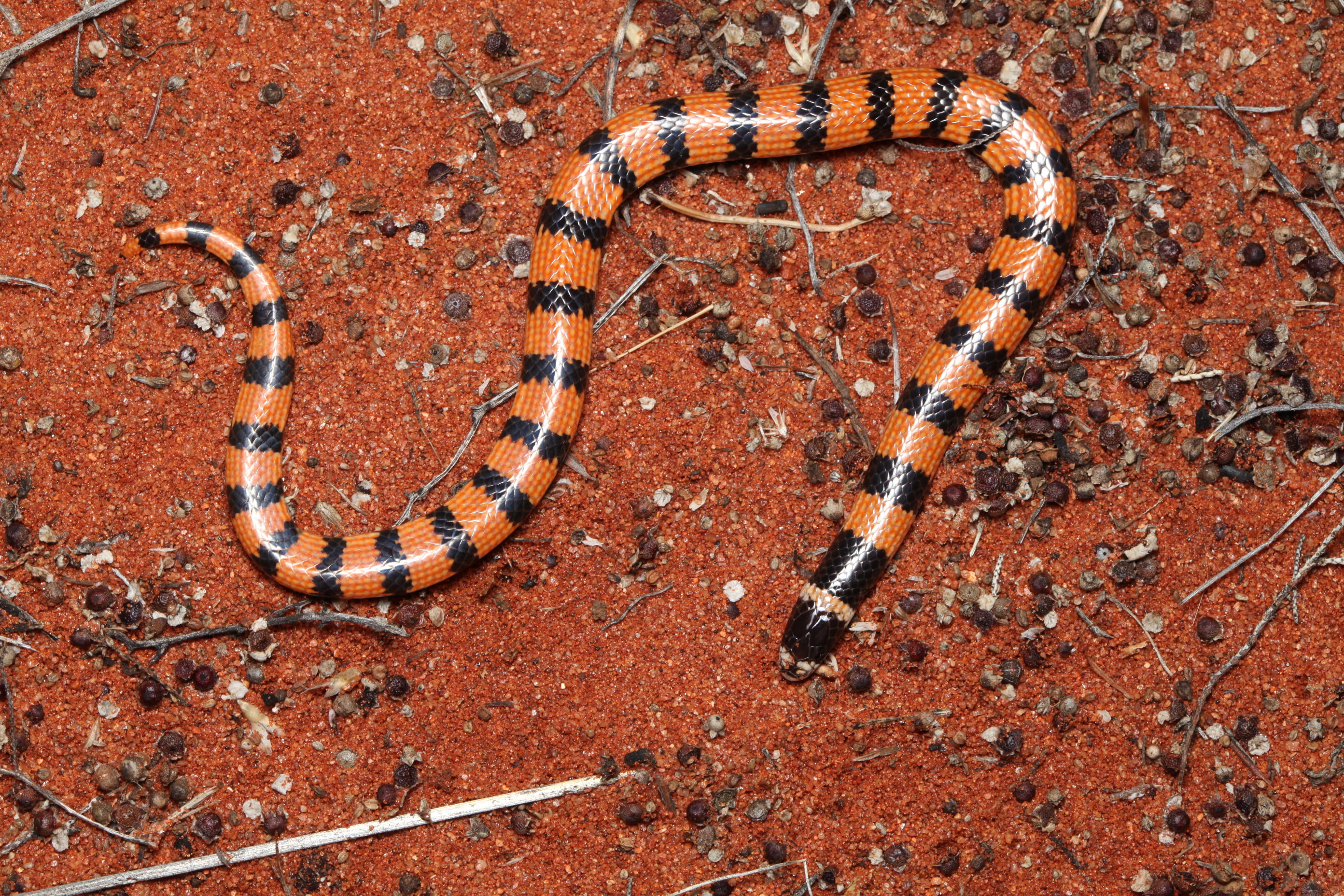 They are tiny and do this. 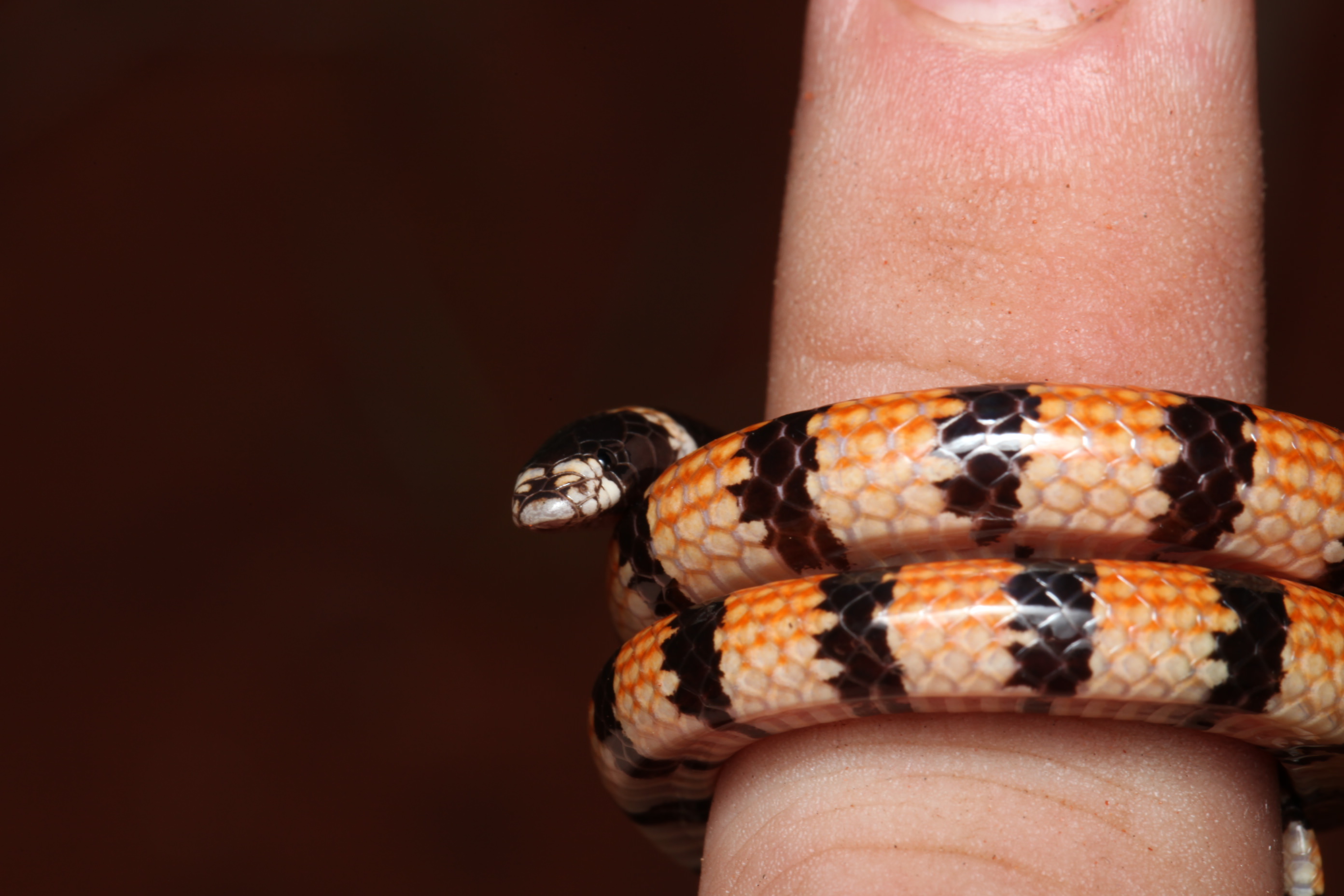 We headed back to Alice to keep looking for the Centralian carpet pythons.
We found a more agreeable
Mesa Gecko (Diplodactylus galeatus) 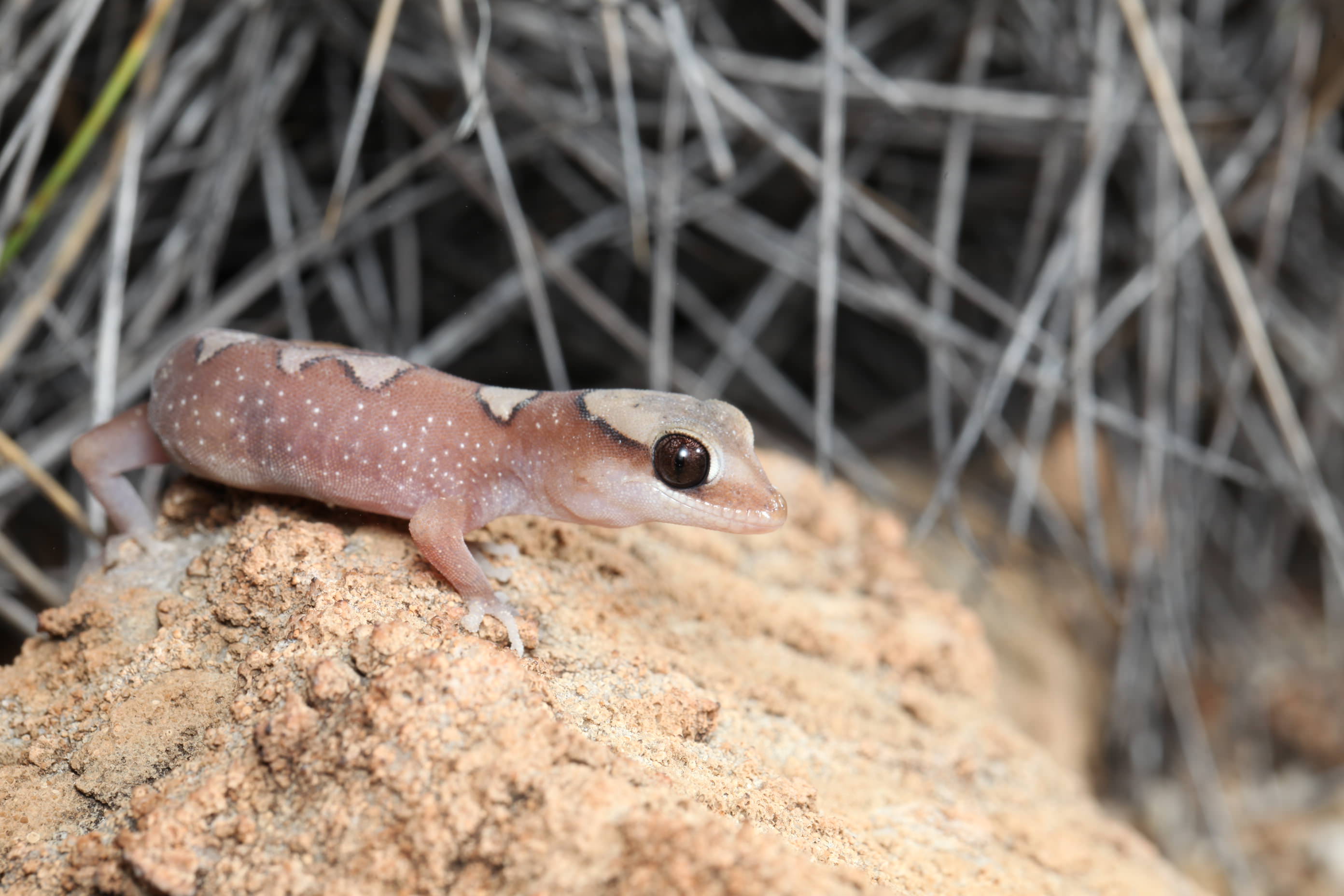 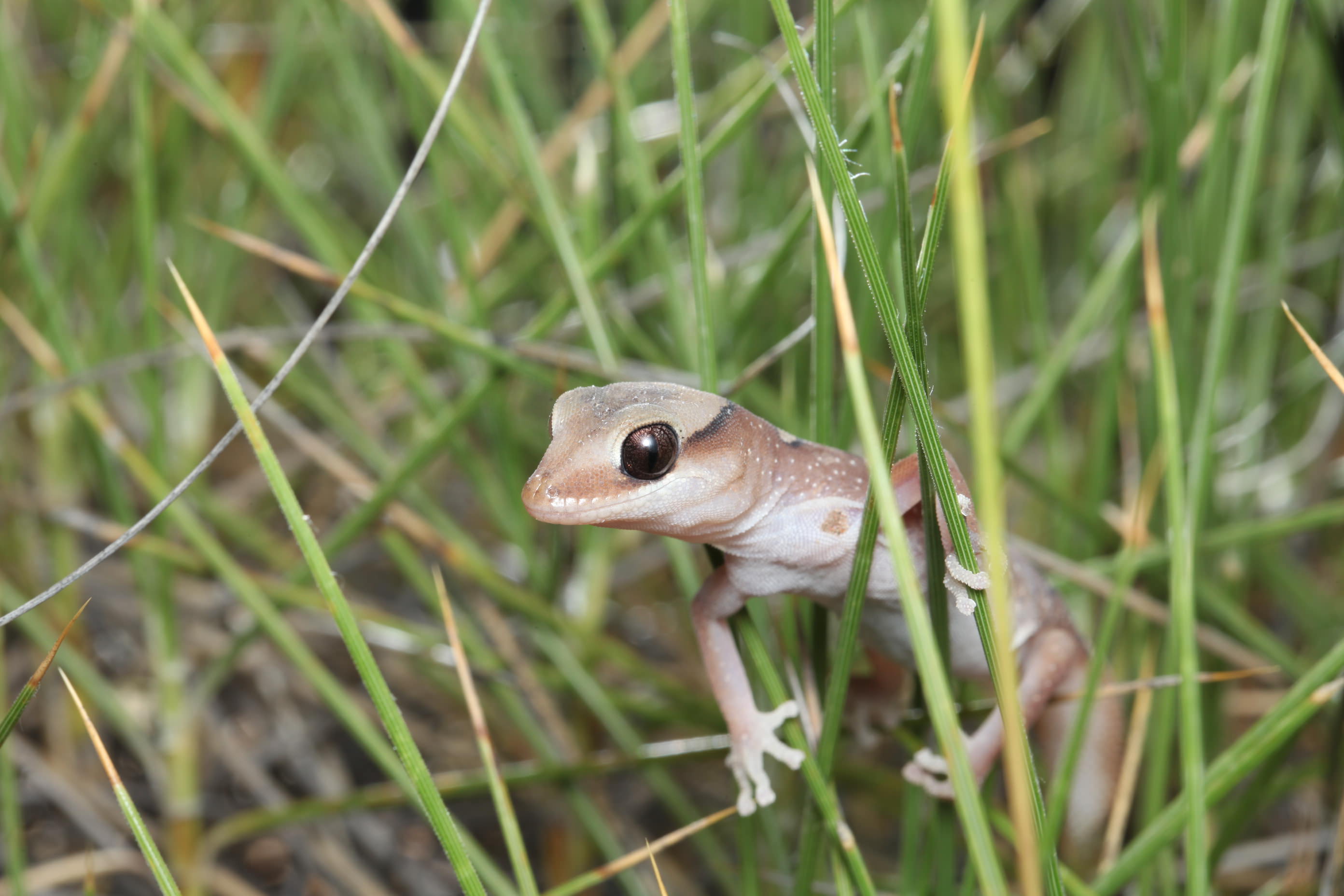 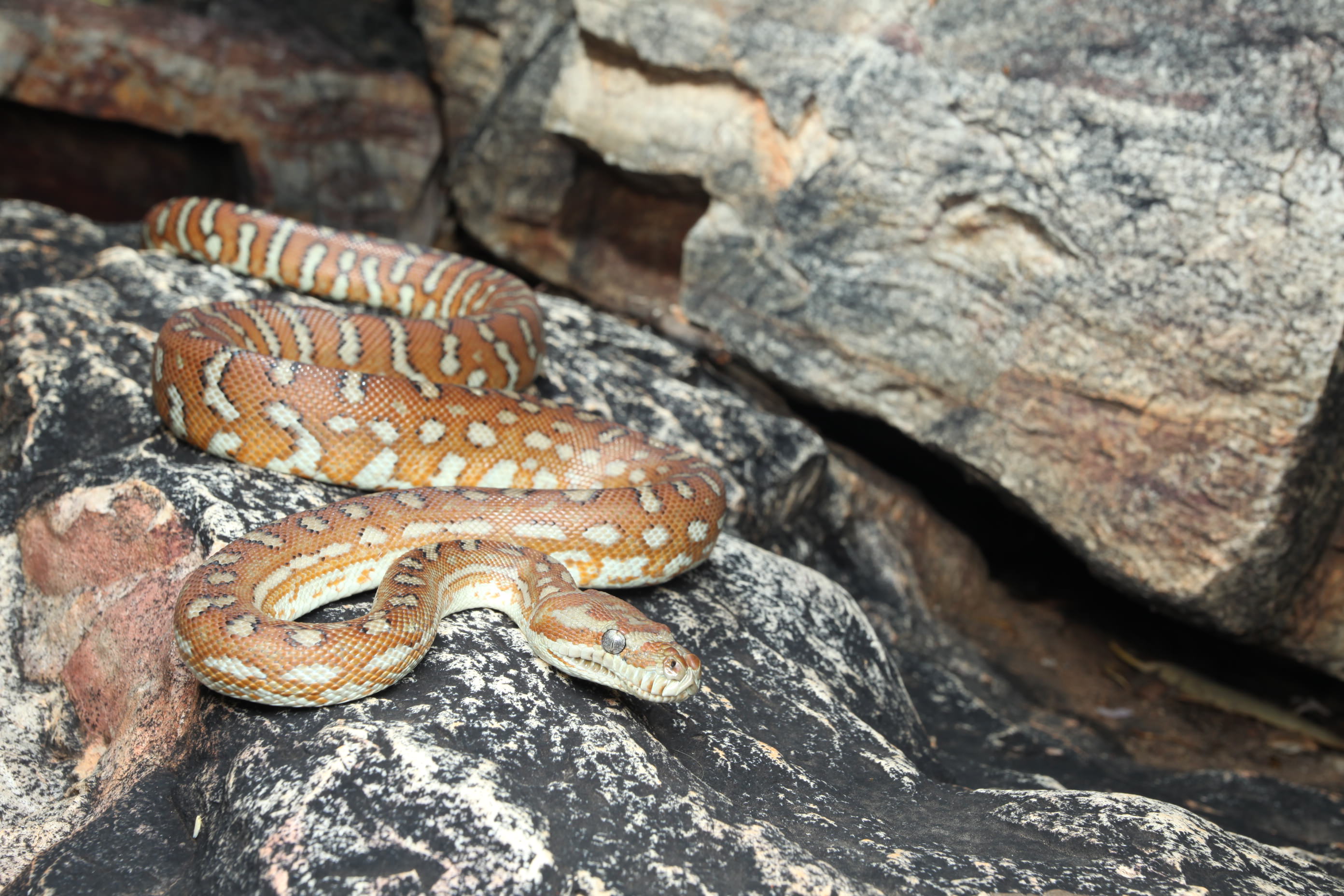 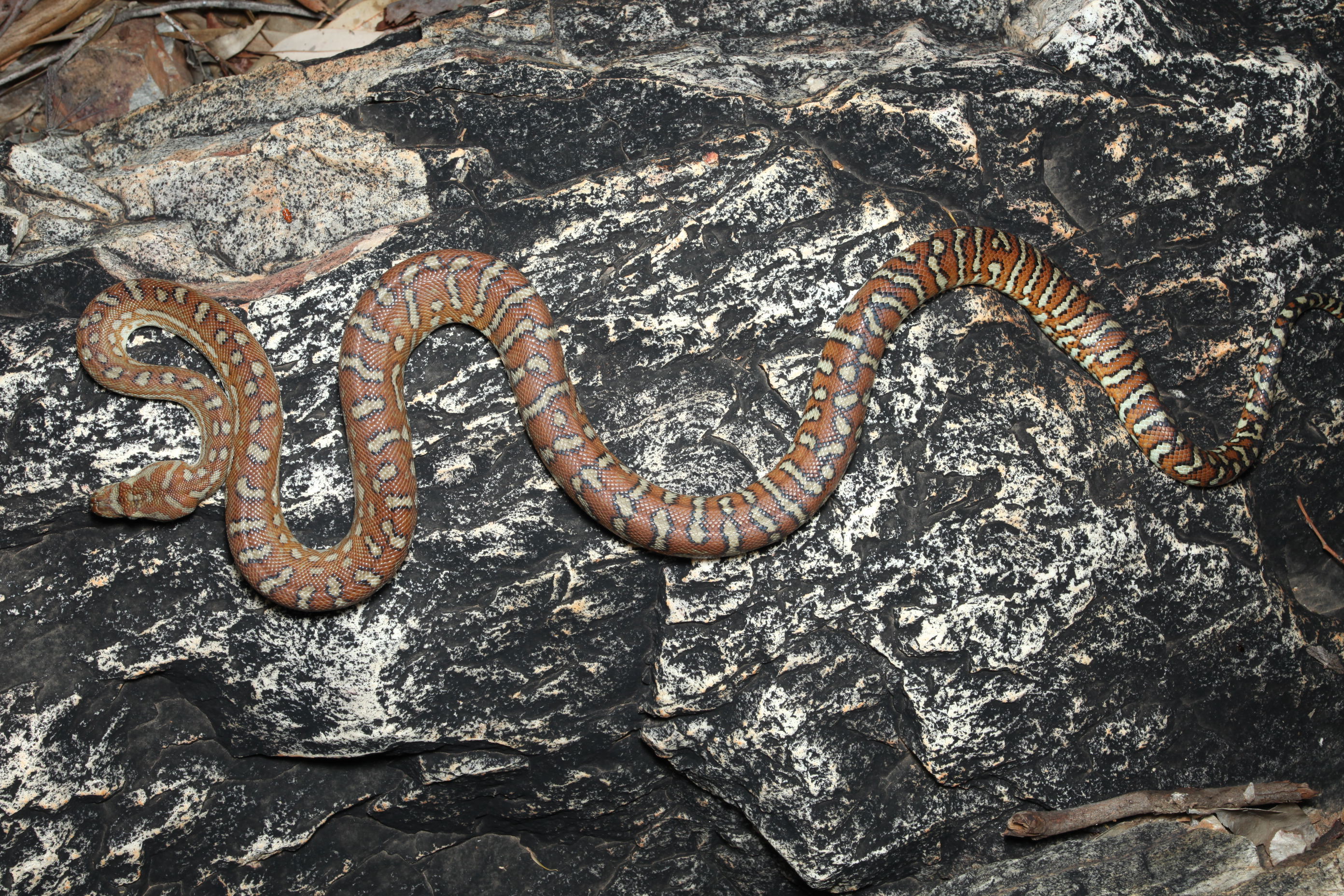 The next day we were forced out of the area due to the rising chance of being stuck due to flooding.
We did manage to photograph this thing
The Perentie (Varanus giganteus) 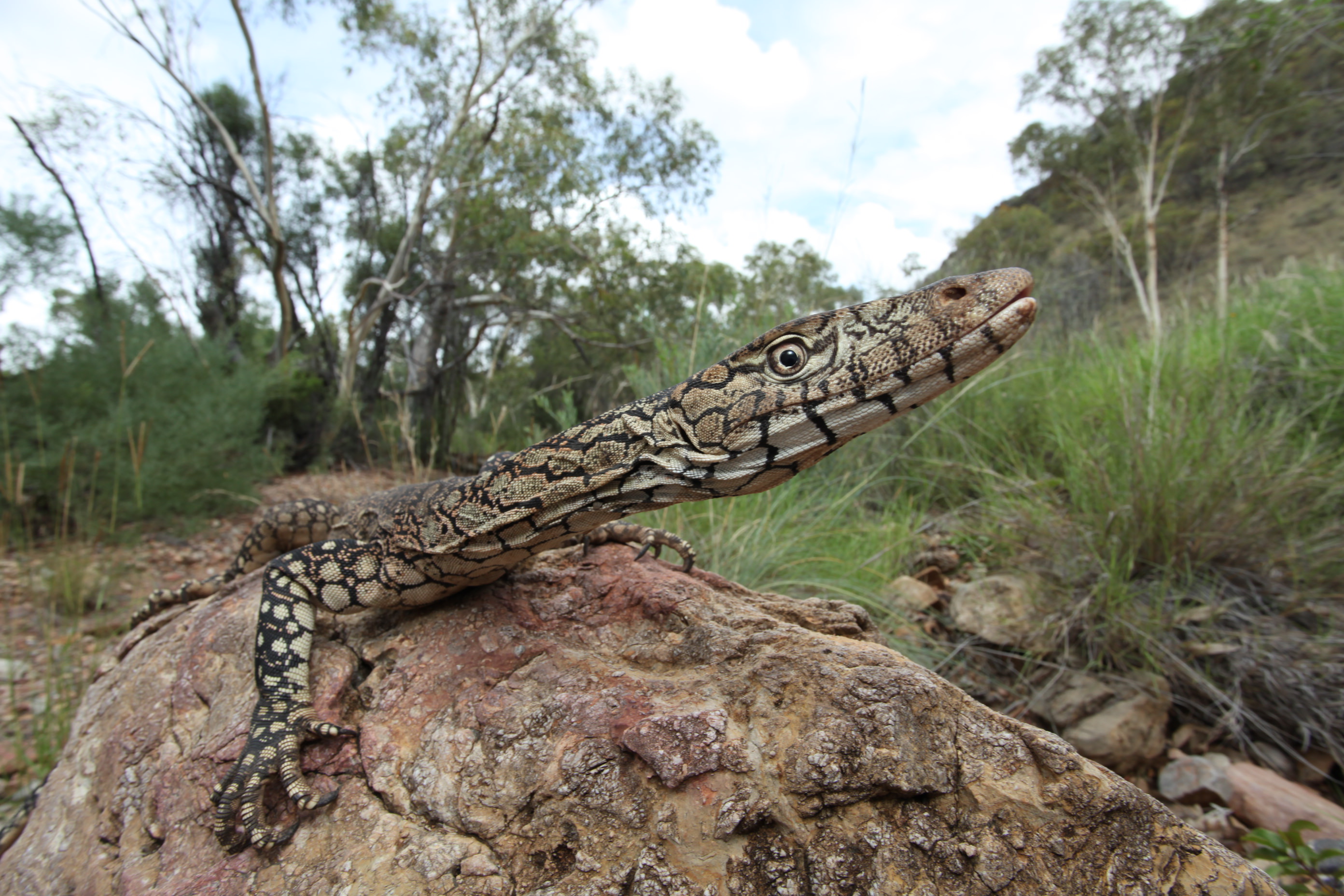 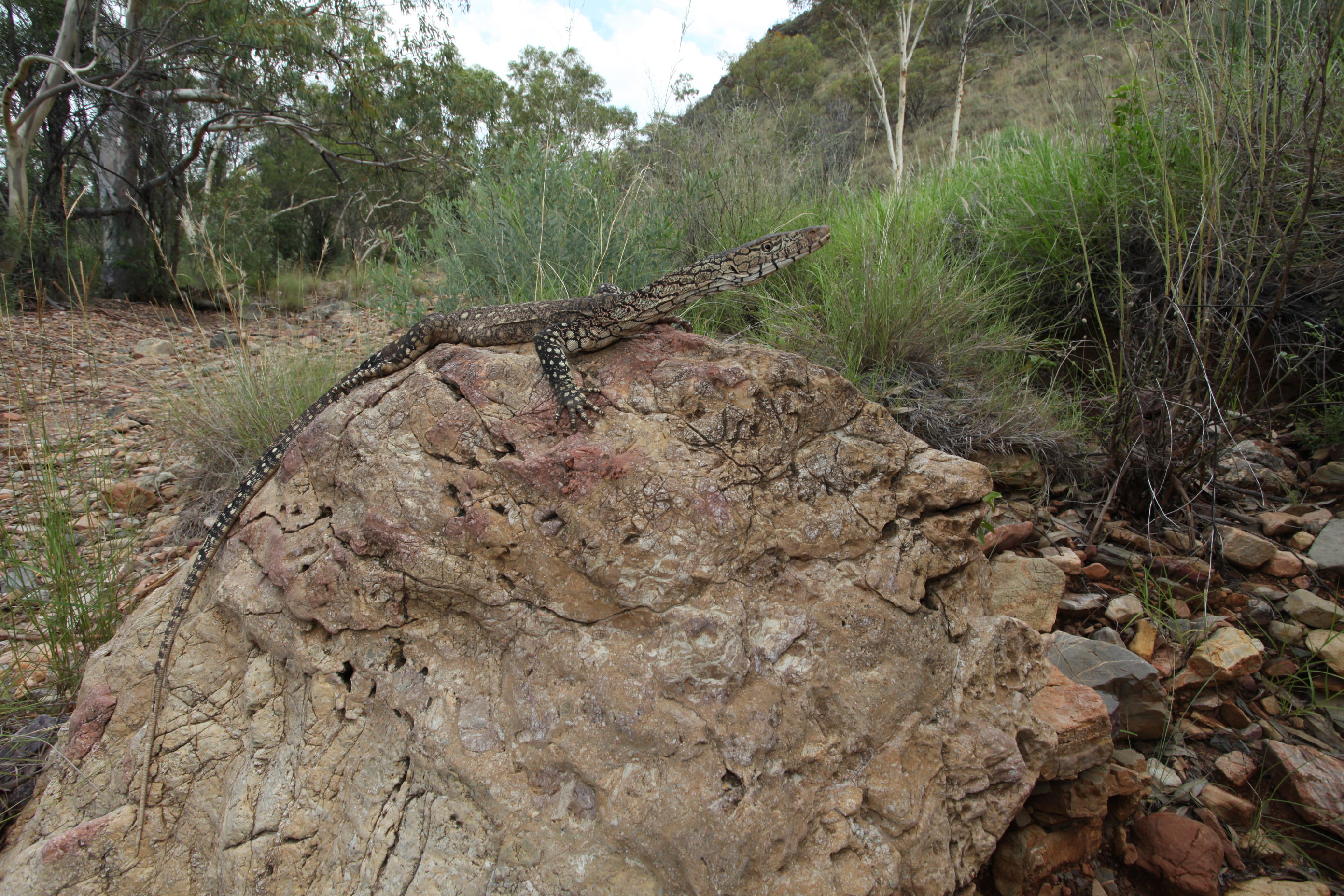 We ventured down a very muddy trail one night, which took a few hours to the nearest connecting road. We had seen 2 curl snakes and the night was slow. Just past 1am we readed the road only to be rewarded with a beautiful large woma python stretched across the road, a real dream snake to see. We jumped out only to be bitterly shattered to find its head very recently clipped by a car (which were very rare) but the body still holding perfect form. Im sure many here have experienced similar heart break. Despite the disappointing end it was a great trip.

I've done two trips and Australia and this makes me want to go back. Love the death adder and perentie. How, just *how* did you get that pic??? :p

Thanks very much for all that. Your continent sure has some neat squamates. And a few frogs, ha ha.

I also (for whatever reason) especially liked the rock your bredlii was posed on.

man lots of god stuff there, the Bredli is very nice!
Top

Wonderful photography, I kept thinking the flora was just as interesting as the animals. Any habitat shots? The shovel nose looks very similar to snakes in the American Southwest, yay for covergent evolution.
Top
Post Reply
8 posts • Page 1 of 1