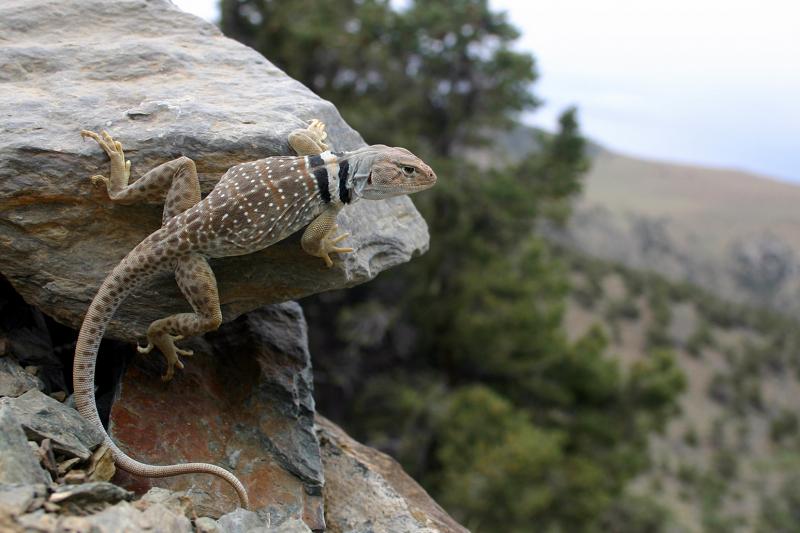 A record elevation for C. bicinctores at 2780 m (9123 ft) in the White Mountains, Inyo County. Insight to this location was courtesy of B. Alexander and R. Staub, who in 2008 found Crotaphytus at 2682 m (8800 ft.). During a recent trip to the White Mountains confirmation was possible when an added specimen, an adult female, was discovered a few meters higher.

Capable of existing at this altitude, clarifies how this species extends over ridgelines (>2011 m) to reach the maritime, coastal slope of the San Gabriel Mountains in Southern California.

Further, this high elevation encounter invokes the question, is this species migrating? Hibernating at lower elevations and migrating in summer, upslope to escape pressures from larger, more aggressive peers. At lower elevations, this species is common, outnumbering the sightings of all other lizard species. Upslope, untapped resources await the resourceful traveler. Sagebrush lizards (Sceloporus gracious) can be abundant and possibly less prone to flee when approached by predatory Collared Lizards, a species seldom seen at extreme altitudes. 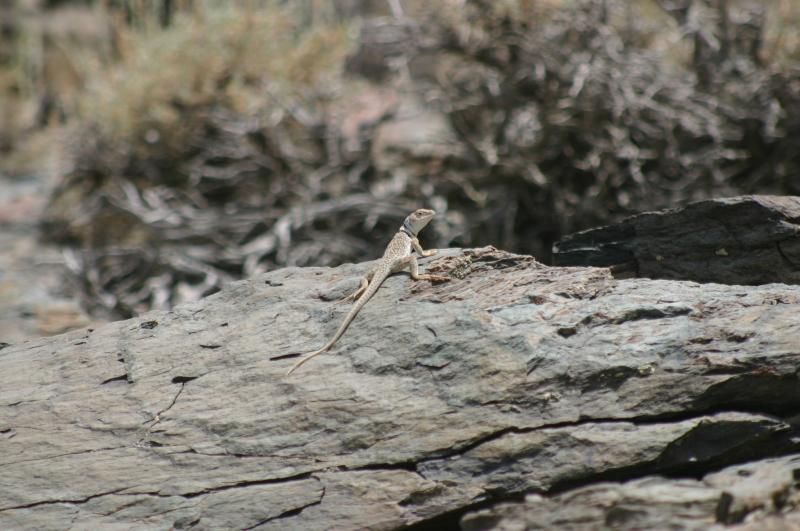 The initial spotting of the lizard out the car window when a person must take a distant voucher shot, just in case the lizard flee before a better shot can be made. Most field herpers know how fast and far a scared lizard can run once opening the car door, and its always a bummer when no picture was taken.

The slightly better in-hand shot. Not only to show the lizard but its surrounding habitat. 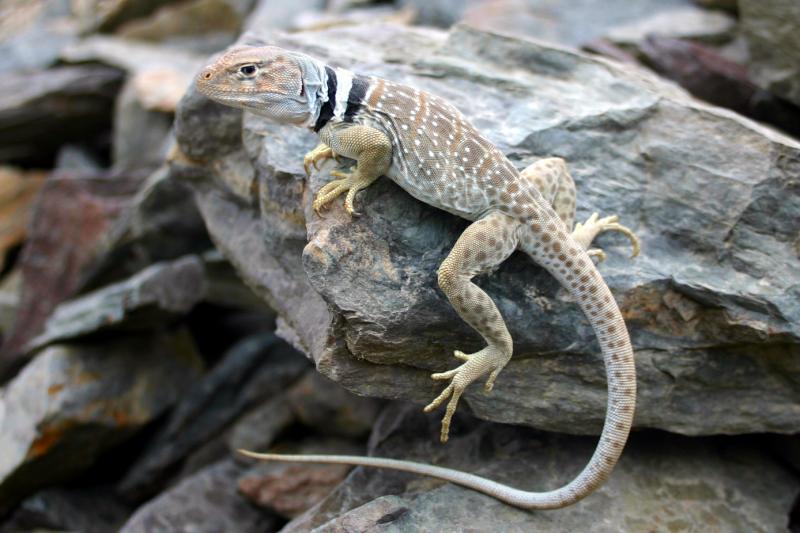 The better 'I got the evidence shots', now a good ‘field guide pose.’ 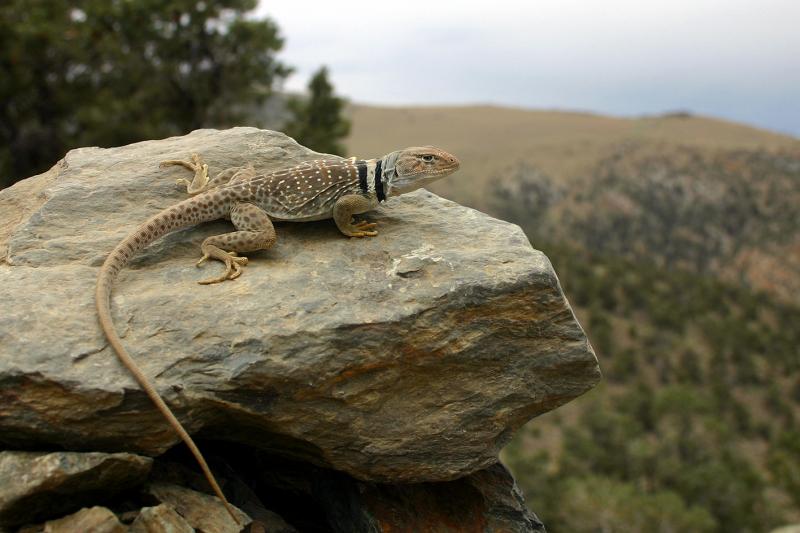 Finally, the lets experiment pose by getting the lizard in habitat shot. 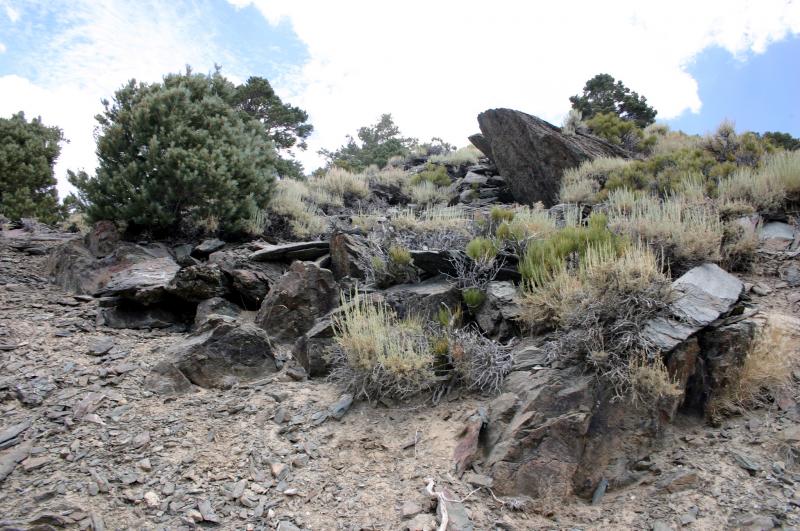 Then, after releasing the animal—the habitat shots 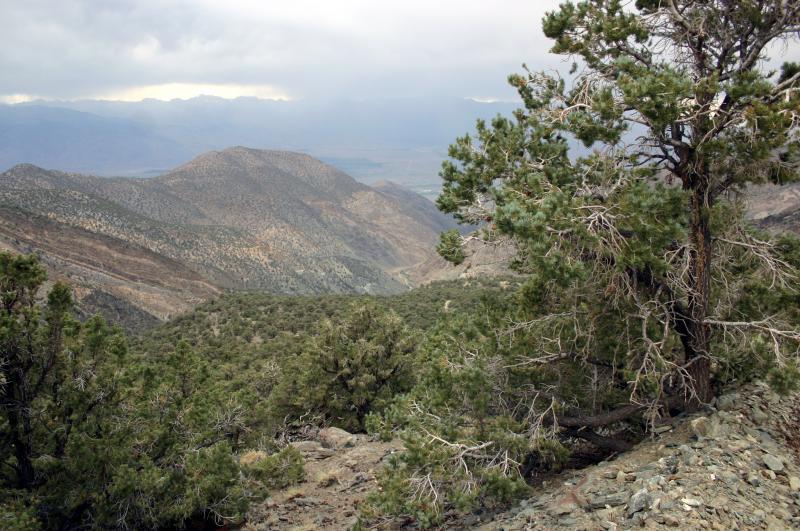 For those of you, who have elevation records for California, I sure would like to confirm them and encourage you to write them up as a submission to Herp Review.

GB Collards are one of our favorite CA lizards, bested only by Baja Collards. It's amazing that they can be found at 9,000+ feet. I had no idea. I thought that the GB Collards living at 5,000+ elevation on the desert slopes of the San Gabes were high-elevation.

Sorry, but no high-elevation records to report for us.

Cool observations!! But how many mountain kings did u find up there

Nice. As late as June that elevation was probably still getting snow this year, or close to it. You gotta wonder just long their activity period is if they are living up there year round. At the very least, they need to be active at temperatures below what we would probably think for a desert Collared.

I don't know if it's an elevation record, but on 4 June we recorded a long-nosed leopard lizard at 7500 ft elevation, also in the White Mountains, on the Nevada side-
Top

Steve, in California one was found at 6600' and we thought that was high, at 7545' thats a record breaker. Thanks for bringing that observation forward.
Top

s_stocking wrote:I don't know if it's an elevation record, but on 4 June we recorded a long-nosed leopard lizard at 7500 ft elevation, also in the White Mountains, on the Nevada side-


I was in the south east area of the whites in late june. I dont think I saw a leopard lizard at 7500 but I know I saw one at 7000. I was hiking up one of the canyons. Strangely good habitat for many species that might not normally be found at elevations as high seems to be up in the canyons. Also the boulderlands would be a good spot for some elevation records.

Beautiful country. I was a little overwhelmed with the steepness of the canyons, aand had to call my trip early, because I was alone, and promised my family I wouldn't crack my head open and die. Google earth did not prepare me for the experience, but I will be returning! This time better prepared. Also, grandview campground has no mosquitos!
Top

mwentz, thanks for the report. Sounds like an interesting hike, did you get plenty of pictures. The White Moutains are pretty awesome, mysterious too. Any shots of the 7000' leopard?
Top

Strangely good habitat for many species that might not normally be found at elevations as high seems to be up in the canyons.

Steve, I thought the high one was the gravid female in the more-southerly canyon with the deepwater crossing? But the pic isn't her http://www.naherp.com/viewrecord.php?r_id=256900

Or was animal in one of the cluster of canyons closer to camp? I forget, obviously, ha ha...and there were plenty o' leopards there. Good times.

The photos are correct for the 7545 ft leopard lizard.

The gravid female was in Cottonwood canyon, further south, in Cali. She was at 5669 ft elevation-

That's impressive! I've spent the last few weekend in Inyo county, with them being a goal and have failed, though I was also looking and found plenty of other things.

Thanks Steve, yeah that's the lovely lady. Pictures do her no justice, she was sweet! I remember now, you got her after we'd got both trucks back out the deepest crossing spot. I was a bit relieved to not drown out in that one.

Chad - (assuming you want leopards, or just some fun hunting in a new place, and not specifically Inyo records) next time you're down, try the E side of the Whites. Head east out of Bishop towards Tonopah, and when you get around the range, cut south at the highway that would eventually take you down to Deep Spring (also fun, but not necessary for these purposes). There's a couple of good dirt roads up to the mountains off that highway. The mountains themselves are worth the trip, there's more water and shade than one might think, some inspiring rock to search, and great camping.