Still wading through old images from Borneo and I recently posted a photo of a Microhyla from Borneo on Flickr. I didn't have an ID for it and attempted to figure it out, well I tentatively IDed it as Microhyla malang. Then I compared it to another Microhyla I posted sometime back that I had also IDed as M. malang. Well, I think I'm wrong on atleast one of the IDs if not both altogether.

Here is the recent photo I posted: 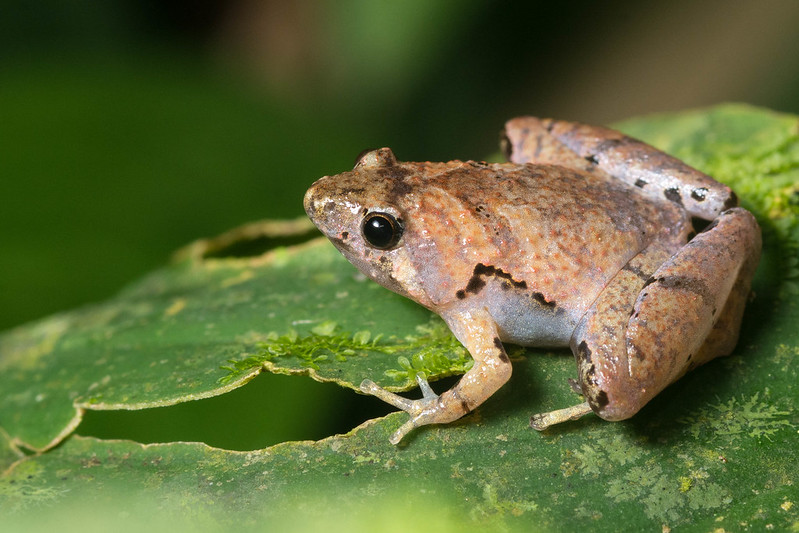 Microhyla sp. by Anton, on Flickr
This frog is from the Poring area and slightly higher elevation than the other.

And here is the one I originally IDed as M. malang from Danum valley 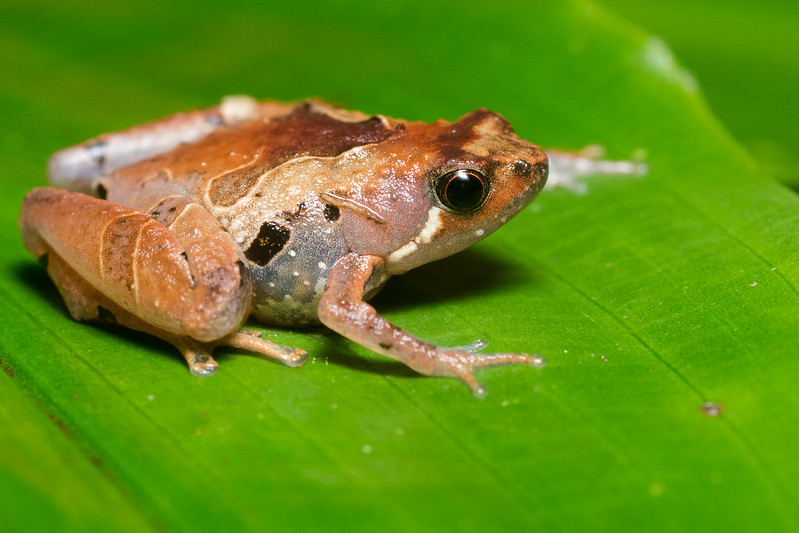 I'm generally petty confident of my ID skills but when it comes to Microhylids they're falling woefully short, however I think they look different enough that they're quite possibly different species. A) obviously the colors/markings are pretty different, but as all of us know those can be highly variable even within a species. B) Perhaps its just the angle but the one from Danum appears to have a larger eye relative to its other features. C) Again perhaps the angle of the photo but the snout shape appears slightly different as well.

I have looked at other microhylids that appear in Borneo and I don't feel strongly about any of the IDs, so I thought I'd ask for help. Any ideas? And if not then hopefully you atleast enjoy the photos!
Top

my best guess for the first one is M. borneensis. It looks similar to ones I have seen in Sarawak, though my ID is not 100% either.

Yeah, I think you might be right. Thank you for chiming in. What threw me off about that ID is the statement on the frogs of Borneo website (which is an amazing resource) that M. borneensis was associated with pitcher plants, I didn't find any in the area I was in. Of course doesn't mean they weren't there.
Also this:

The maximum snout-vent length is 16 mm in females but most specimens and males in particular are smaller and are in the range of 10.6–12.8 mm, making them the smallest frog of southeast Asia.

It was certainly small but I dont think it was that small! Of course I didn't measure it or anything. Makes me unsure, but your ID is the best I have so far.

Link to frogs of Borneo with all the potential species listing.