Thought I'd post something a bit different about snakes, not herping, but education.

Over the past few months, my full-time job has pretty much been snake education. I have been travelling around the province of KwaZulu-Natal, teaching people about our amazing indigenous snake species.

There are so many myths, legends and beliefs about snakes in South Africa, all of which put snakes in a bad light. Most, of course, are completely false. They are feared animals, and are usually killed without hesitation. People here generally hate snakes, and that hate and fear has just been passed down through the generations. Snakes are extremely misunderstood, as they are in most parts of the world. Education can change that.

I started up a little programme called KwaZulu-Natal Amphibian and Reptile Conservation in February, in conjunction with the Lawrence Anthony Earth Organization. The aim of the programme was to change people's perceptions of these feared animals, and to help them understand these animals. Hopefully then, they'll stop killing them. Snake removals is also a large part of what I do.

I have visited rural townships, orphanages, old age homes, interest groups, quarries (who's staff often encounter snakes), schools and a whole lot more! I have held snake awareness and identification talks for kids, as well as adults. It's been a fun experience, and I have learnt a lot about the beliefs people have about snakes. It's amazing to see the change in people. Once they get used to the sight of a person holding a snake, and knowing that it won't kill them instantly, they quickly become interested and fascinated. Most people generally become brave enough to touch or even hold one of the snakes!

I do use venomous snakes in my talks, in a responsible way. People NEED to know which are the venomous ones, more so than the harmless. Most of them only know of the venomous species, so it's good for them to get a look at the infamous snakes.

Below are some photos.

Some photos from rural townships!

Mozambique Spitting cobras are infamous amongst Zulu communities. It's locally known as 'Mfezi'. (P.S, it's a long hook)

My fiancée often joins me on educational visits.

Puff Adders are also infamous in the Zulu culture. It is known as 'iBululu'

Educating municipal workers, who are often out in the field clearing alien invasive plants etc. (Pictured below is a Night Adder)

I also did a talk for a group of students from the U.K. Here they are getting a look at another infamous species, the gorgeous Green Mamba.

House Snakes at a children's shelter...

Took some snakes to a hospice, a place for those suffering with cancer.

Went to educate the elderly at an old age home!

Even the staff became brave...well, sort of.

One morning, while releasing some snakes that I removed from home, in a nature reserve, a passer-by was interested in what I was doing and came to investigate. He was thrilled! 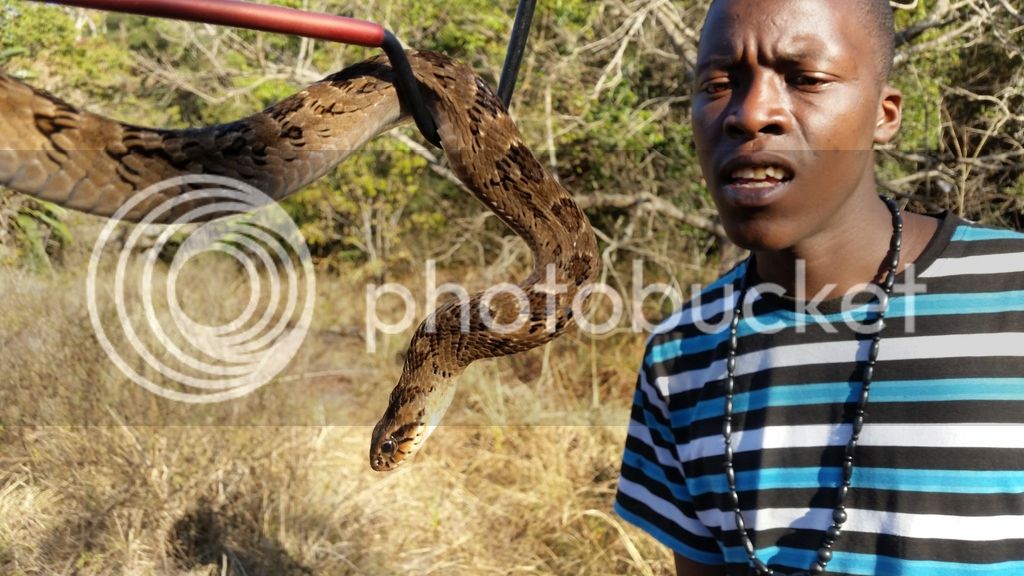 I also go to fairs/market days with a 'snake stand'.

Educating some young scholars with a Puff Adder in a tube!

I visited a few quarries around the province. The staff frequently encounter snakes on a daily basis, so it's important that they learnt about them.

The Vine Snake (Thelotornis capensis). Known in Zulu as 'uKhokhoti' 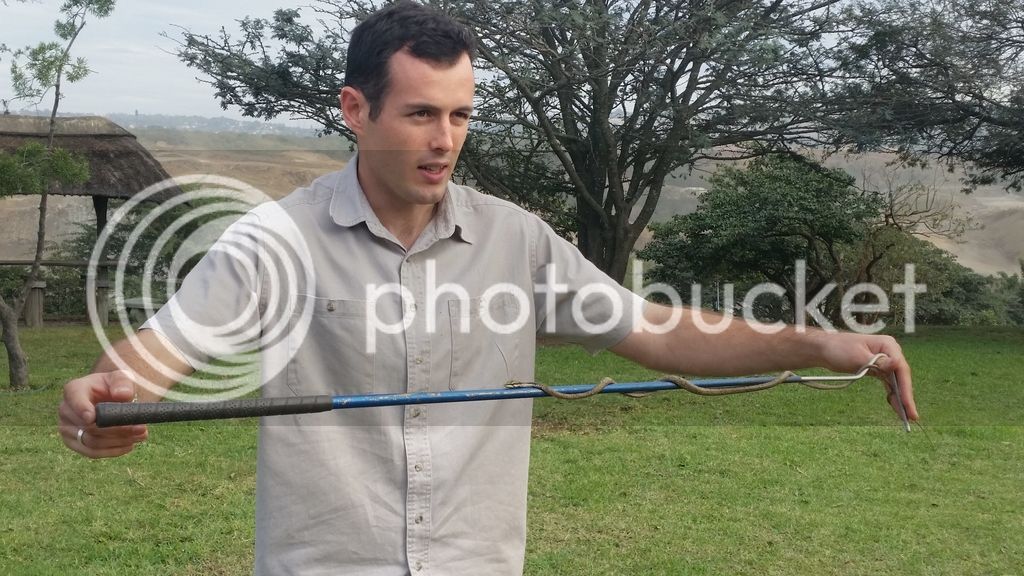 While removing snakes from homes, I often encourage the homeowners to come and get a closer look at the snake, or even touch it. In this case, a Black Mamba

Thanks all for looking!

It was especially beautiful to see the visit with the elderly, everybody always forgets those cool guys.
Top

Thank you so much for posting! Educating the public is such an important part of herping, and you're doing a fantastic job at it! I love how you utilize the live snakes, both the venomous and non-venomous, to help you. From the looks of your photos, those people seem to be very willing to listen and learn the truth about snakes, while potentially putting their past prejudices and fears behind them. Great job and keep up the good work!
Top

Well, that was just too cool! All of those smiling faces said it all - onya Nick for doing a valuable service.

Thank you very much all, for the encouragement and support! Appreciate it!

I'd imagine re-education is an immense task in South Africa, but I see a glimmer of hope in some of those eyes. Great job, Nick.
Top

Great stuff Nick. Sorry to say I won't be hitting KZN this trip around in Oct. I'm making plans right now to head back to the Kgalagadi and give that another shot since I haven't been since 2011.
Stoked to see how much of this community work you're doing, it's awesome.
Top

Beautiful people. Yes. What a great post and collection of touching moments. Thank you.

Fantastic!!!! Mon dieu, the faces are even better than the snakes. The two pictures of the young guys holding a house snake - spectacular comedy!
Reminds me of the years I spent doing snake education in Taiwanese elementary schools ... the adults always lose their shit first, whereas most kids react with great interest and common sense.
Top

You are doing it. You're doing what needs to be done to change minds! Keep up the great work, I'm thoroughly impressed and would love to see updates on your work.