Posting a few of the 27 species I was fortunate to record this year.

Wood Frogs - One of the first to be found as they migrate to vernal pools in late winter. 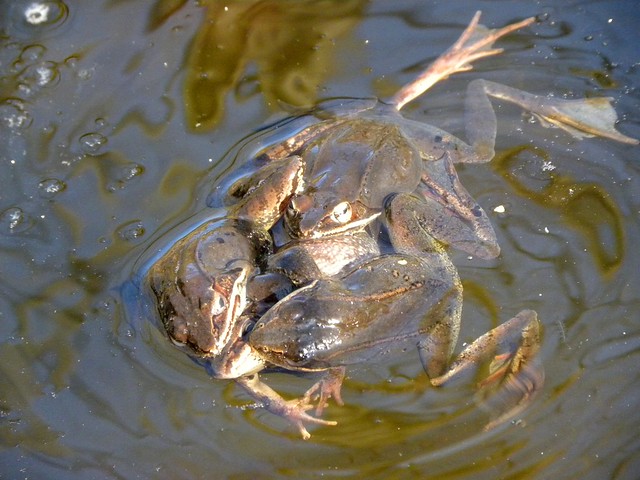 Northern Springpeepers -by the hundreds in late winter and spring. Can be found year round when conditions are damp enough. 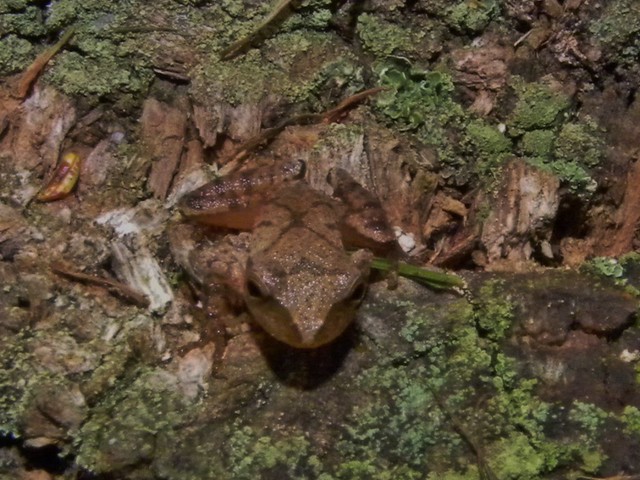 Often taken for granted, Fowler's Toads can be quite attractive. 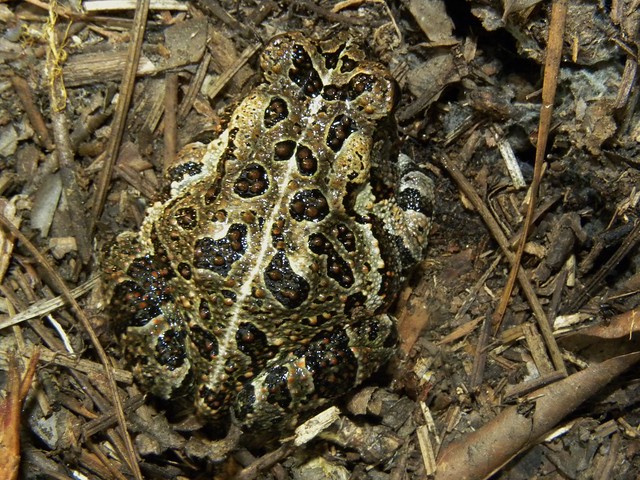 American Toad, with an affliction. 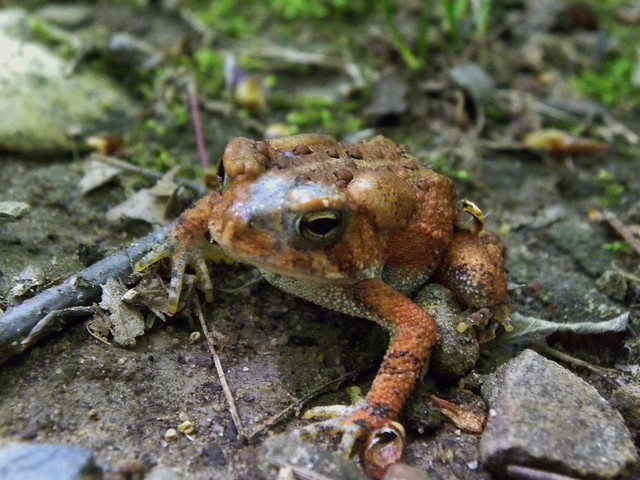 Pinewoods Treefrog - My goal of capturing them calling on video was successful during a trip to south Flordida. 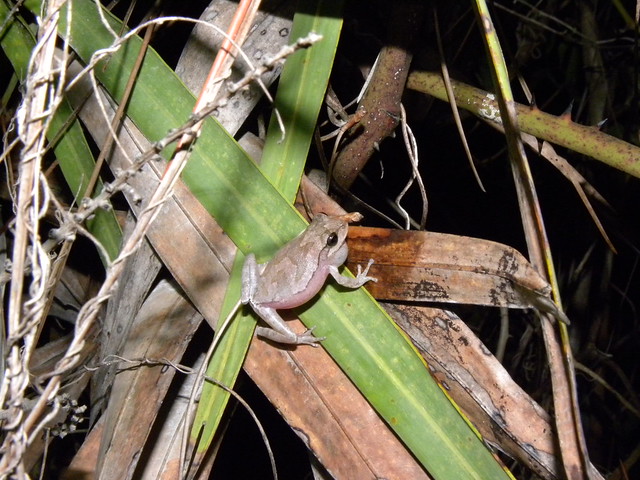 Pig Frog - oinkin… they really do sound like pigs. 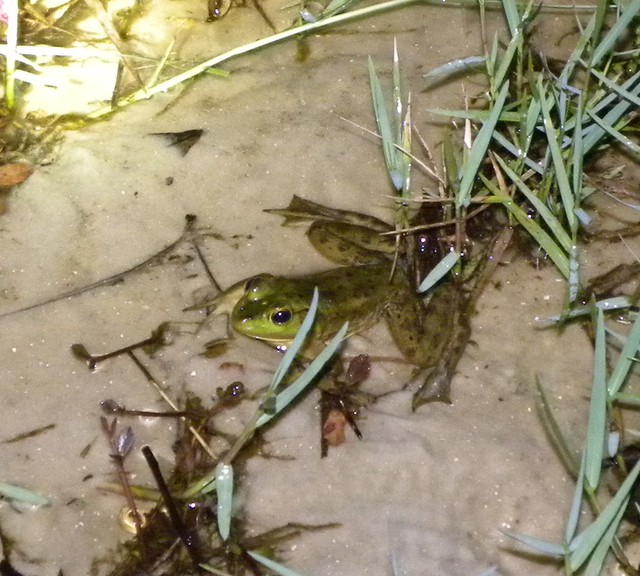 My only squirrel treefrog photo this year. 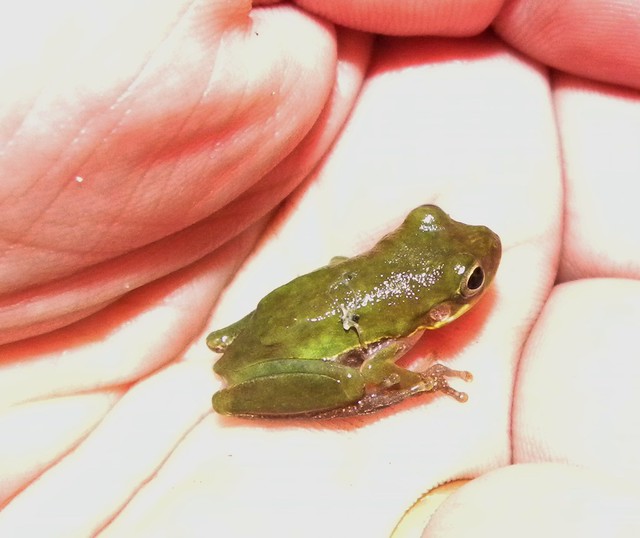 Even though they aren't supposed to be here, Cuban Treefrogs can be really cool. 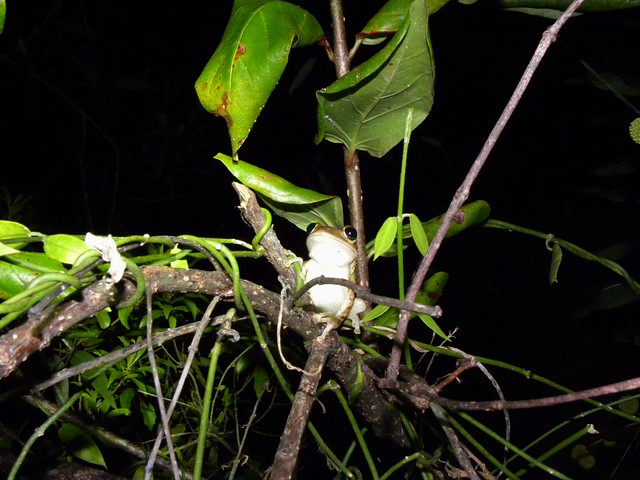 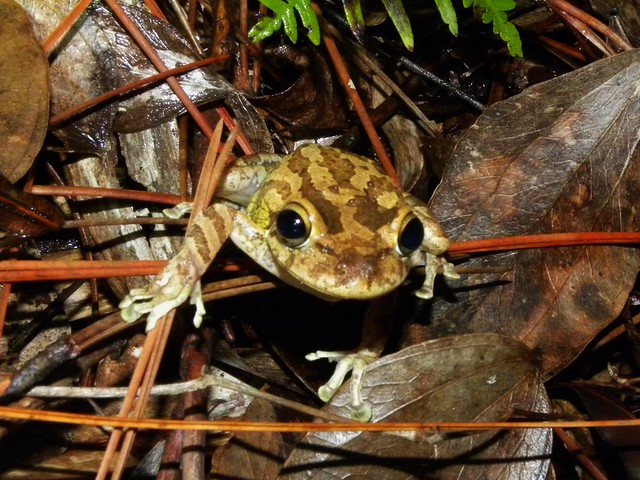 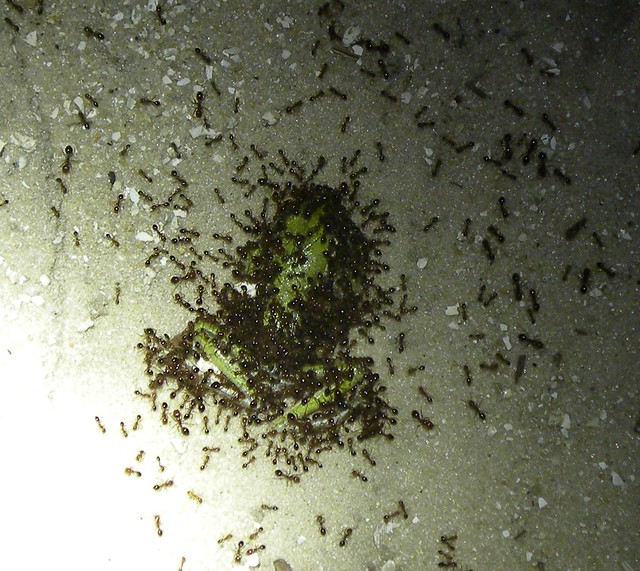 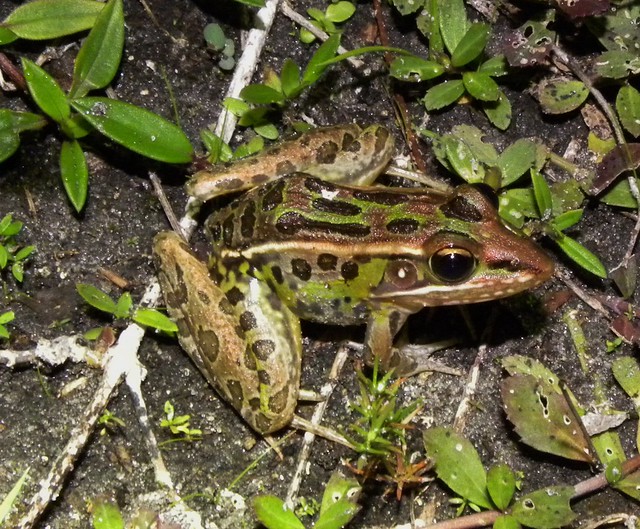 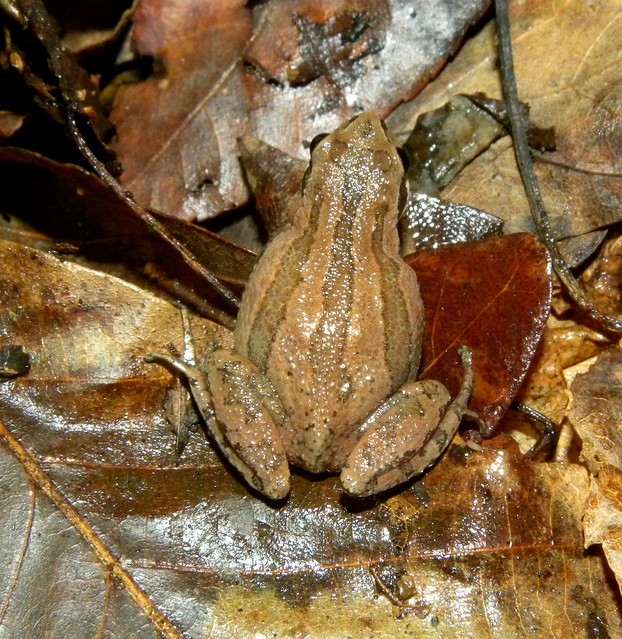 Northern Cricket Frog with a hitchhiker. 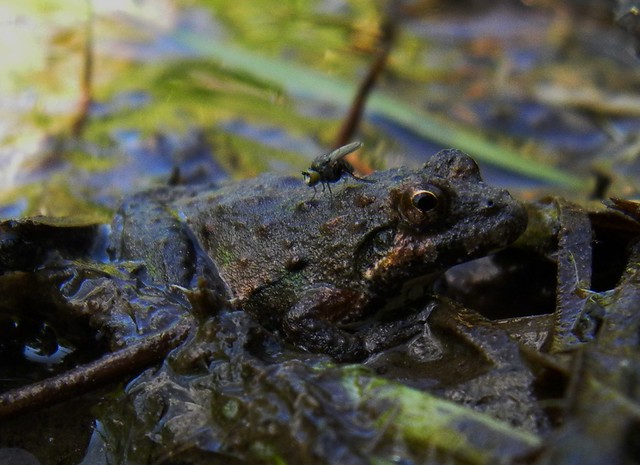 I find many Green Treefrogs. This individual was special because for me, it was the futhest north I have ever
encountered one, and not too far from the northern most population in the US.
Delaware Hyla cinereus 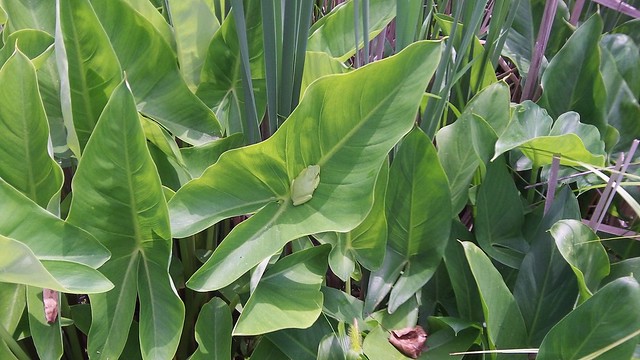 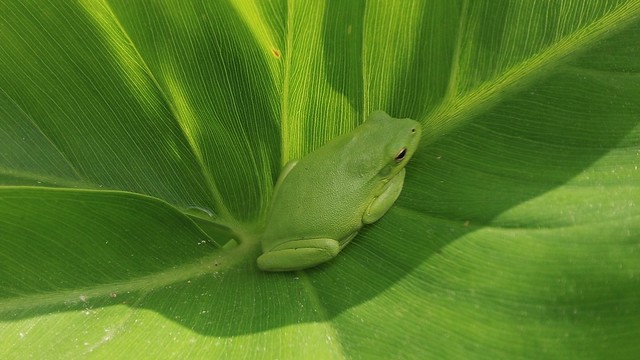 Most of what I find is found while road cruising. I didn't want to post a bunch of frogs on macadam….except for a few... 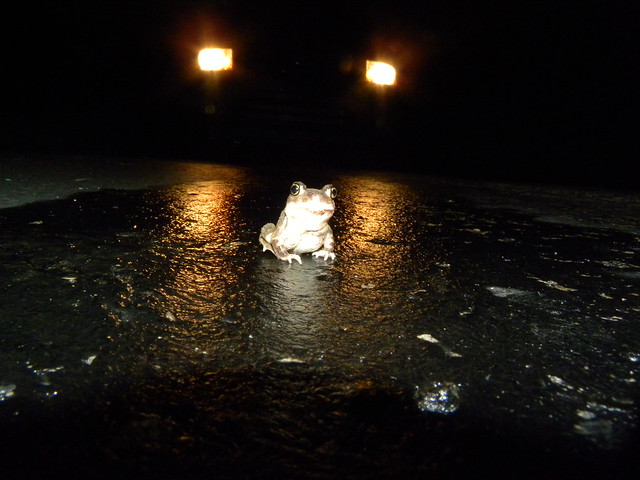 I found both kinds of gray treefrogs… country and western. (lets see who gets the reference)
Basically identical - This example is Hyla versicolor from March. 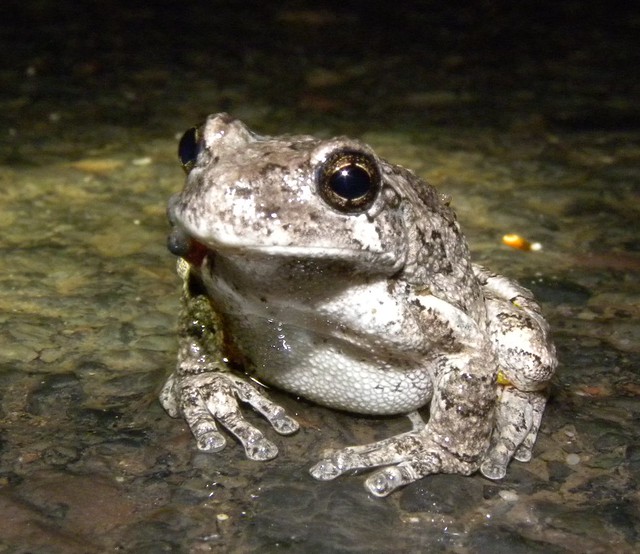 I leave you with a trio of Northern Green frogs.
ok….three is a crowd, or something. 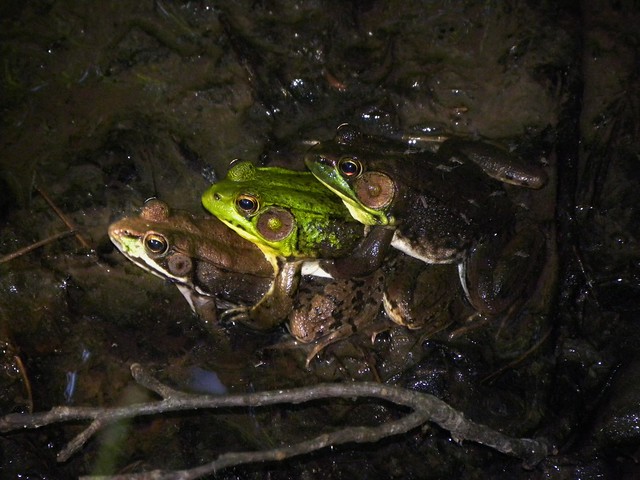 I love your frog post, Kyle.
I like Cuban treefrogs, as well. Probably because the only time I see them is when I am on vacation, so they are always associated with good times.
That NJ chorus frog is beautiful. I also like the spadefoot. Thanks for an enjoyable post.
Top

That explains it! Should've known it was a Florida photo.
Top

That evittate cinerea is very nice, Kyle, We have a population or 2 of them down here as well.
Top

How can we access your calling Pinewoods Treefrog video?

Thanks for posting the video. That frog was really going for it - Cheers.
Top

Bravo! Thanks for posting Kyle. That was a cool spadefoot shot.
Top