I use softboxes on my flashes almost all of the time now, but they can be a pain to set up in the field, so in the never ending quest to find a quick and easy softbox, I purchased an fstoppers flash disc. I think it looks a bit gimmicky, is overpriced, and I couldn't find any in depth reviews or test shots online other than those provided by the company. But it seemed like it would be much easier and quicker to set up than the other two softboxes I own and I had some amazon points to burn so I pulled the trigger.
(photo borrowed from their website) 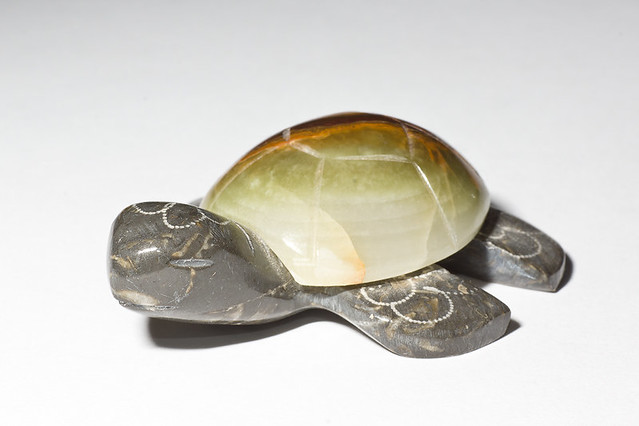 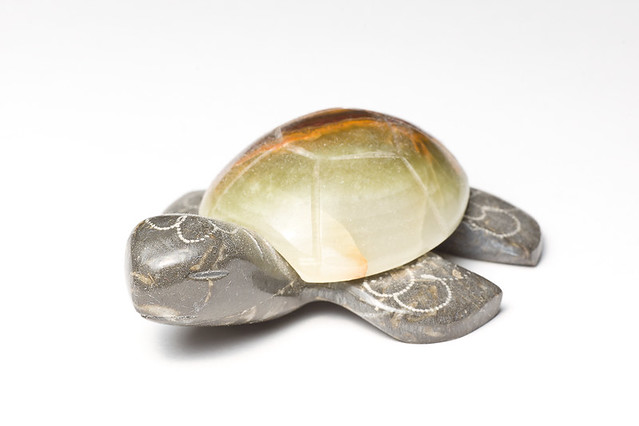 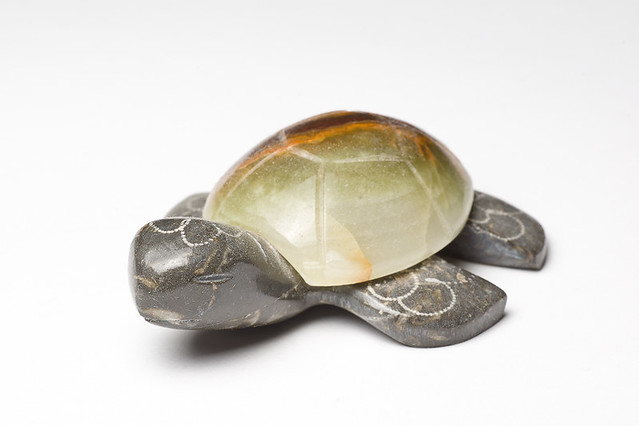 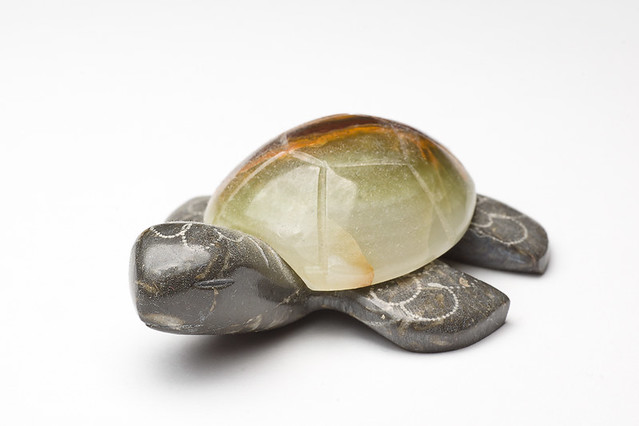 My thoughts:
Lumiquest softbox III: I've owned a pair of these for 3 1/2 years. They are falling apart and the velcro has long given out, but with a little duct tape, they still work well. For $35, they are well worth it. They fold up nice and flat, taking up almost no room in the bag, and give very good results. (note: The test shot was a little overexposed. I probably could have dropped the flash power as it seems to let more light through than the other two softboxes) 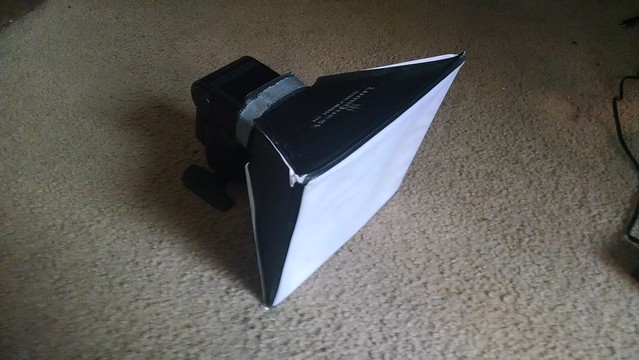 Lastolite ezybox: Looks nice and is well constructed, but at $75, very overpriced. I also don't like the way this attaches to my flash, it doesn't feel very solid. I had to increase the power of my flash for the test shots using this softbox due to the dual layers of diffusion (which I don't think does anything except block more light). This also seems to have the harshest shadow of the three. Even though it folds flat, it is not very compact and takes up a decent amount of space in the bag. More of a portable studio softbox, than a field device. 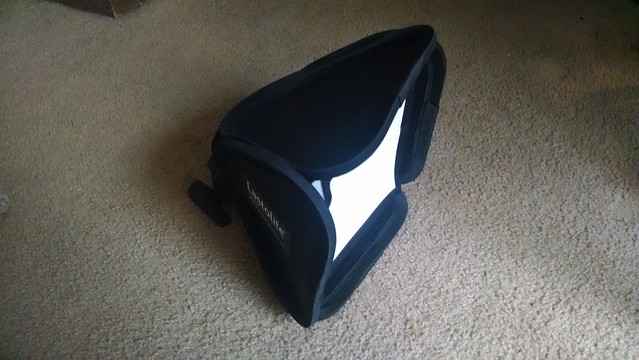 Fstoppers flash disc: At $50, this is overpriced, but I was pleasantly surprised with the results. Possibly the best of the three. It is nice and compact when folded up, and pops open like a collapsible reflector when pulled out. It is very easy to attach to the flash head, but sits a little too far down. You can't easily angle the flash head when it is attached (if you don't insert the flash all the way, the elastic that holds it in place will block the flash). This is not a problem if you have the flash on a tripod or in hand, but on the hot shoe with a close subject, you cannot angle the flash down. Perhaps the biggest problem with this device is commonly mentioned in the product reviews, which is that top does not stay open on its own, as you can kind of see here: 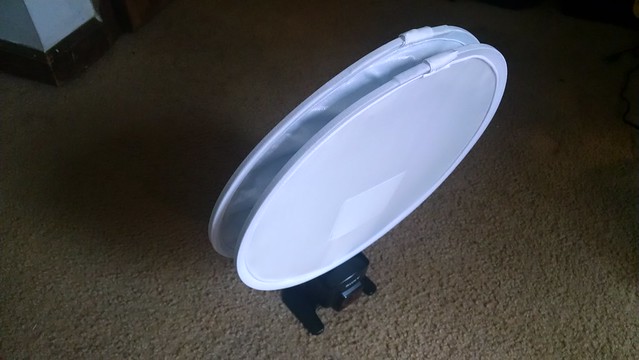 This does not allow the light to bounce around inside properly and produced an unusual shadow:
Flash disc with the top held open held open (same shot as above):

Flash disc with the top closed: 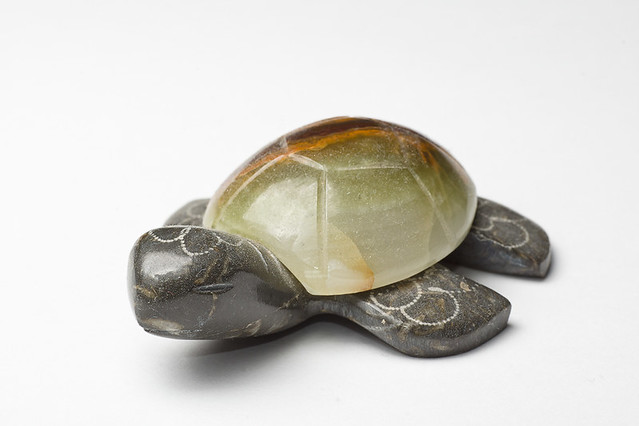 Overall, I am pleased with the test results, if I can just find the best way to wedge the top open when in the field. I don't understand having the gray card on the back. If you are using a gray card for exposure or white balance, you want to be using the flash, not having it in the photo. So you would need an extra flash disc to use as the gray card while you have one on your flash. Perhaps they could have reduced the cost if they just used one material. Anyways, I'm rambling, but I am excited to try this on an actual animal and see the results. The flash disc should produce a round catch light, which might be a nice change to the large rectangles of my other diffusers.

This looks pretty cool. Could a small twig be used to hold the diffuser open at the top? I like the way they fold up, just like the diffuser I use does. It would be interesting to see a shot of the stone turtle with no diffuser at all, just for a comparison. Also, I assume the inside back and sides of this are silvered, so that light only comes out of the front?
Top

Good idea about including a shot without a diffuser. I took one a minute ago with as close to the same setup as I could get. I added the photo to the original post so it can be viewed with the other test shots.

I actually used the twig method last night while photographing a few inverts. I used 3 pieces so I could hold the sides out as well. 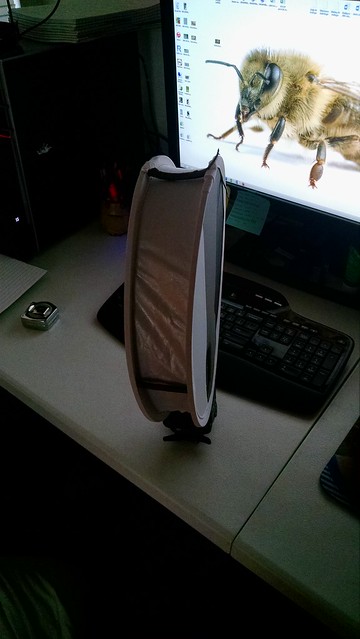 And you are correct about the reflective material on the inside of the disc. It's a super simple device to use. Just pull it out and slide your flash inside the elastic and you are good to go. 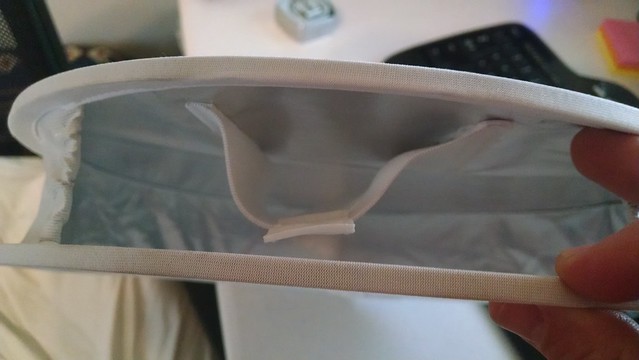 I used the disc on the main flash for this kudzu bug photo, with the lastolite on another flash coming from below and to the right to fill underneath. Worked well enough, but I don't think such a small critter is a good test of how this diffuser will actually perform. 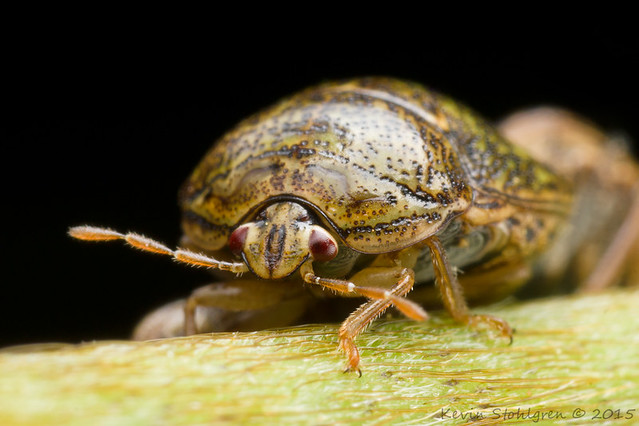 Updating this review now that I have had a chance to use it in the field. First, there is a knock-off Chinese version of this on Amazon for half the price (which is much more in line with what this item is worth), so I picked one up. It is identical to the fstoppers version, save for some branding. Build quality appears equal as well. If you are interested in the flashdisc and not opposed to buying a blatant ripoff, I recommend this version.

Overall, I am very happy with the quality of the light from the flashdiscs. Here is a shot with one flashdisc above the salamander and slightly to the left, with another flash with the Lastolite ezybox coming in from the right: 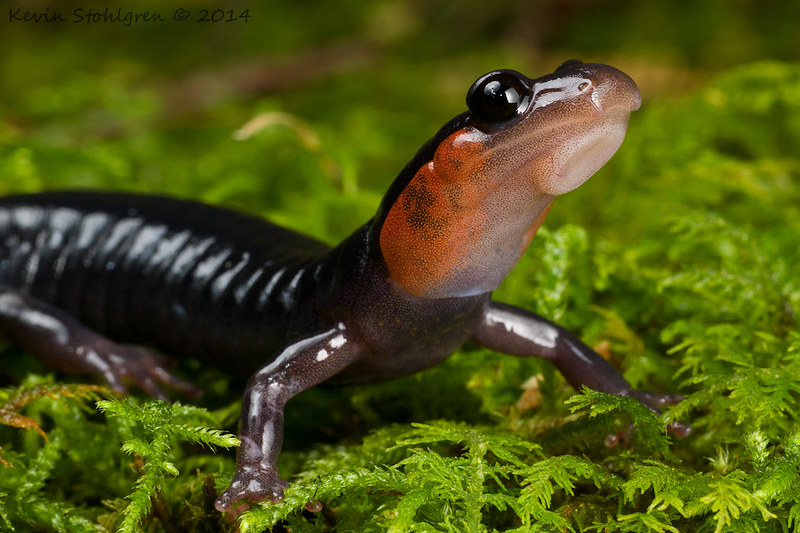 Flashdisc on the right, Lastolite on the left: 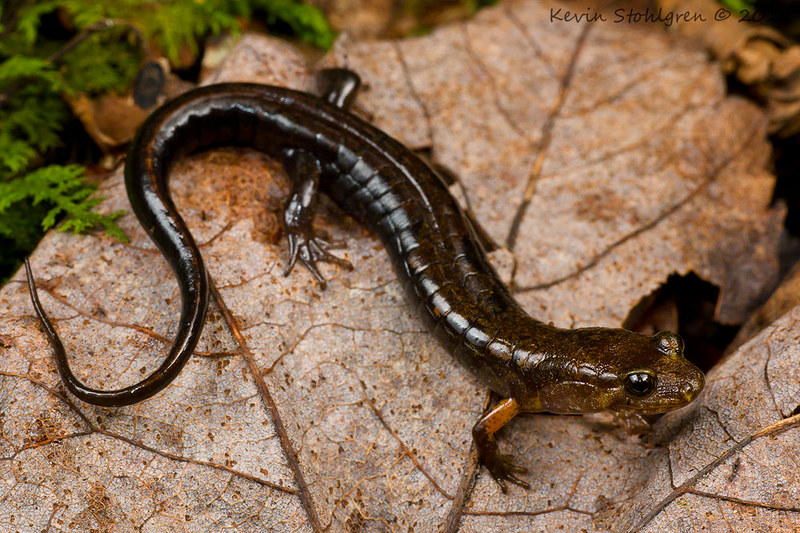 Now for the downside of the flashdisc, the catch lights. When they are large in the frame, there is a very noticable dark area where the flash head is. This really bothers me, and can be fixed in post, but is a hassle I really don't want to bother with. (The rest of these photos are using two flashdiscs) 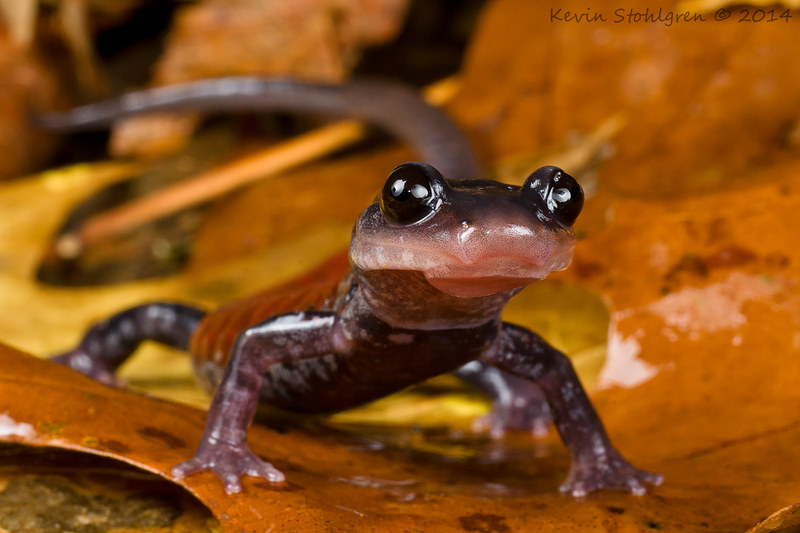 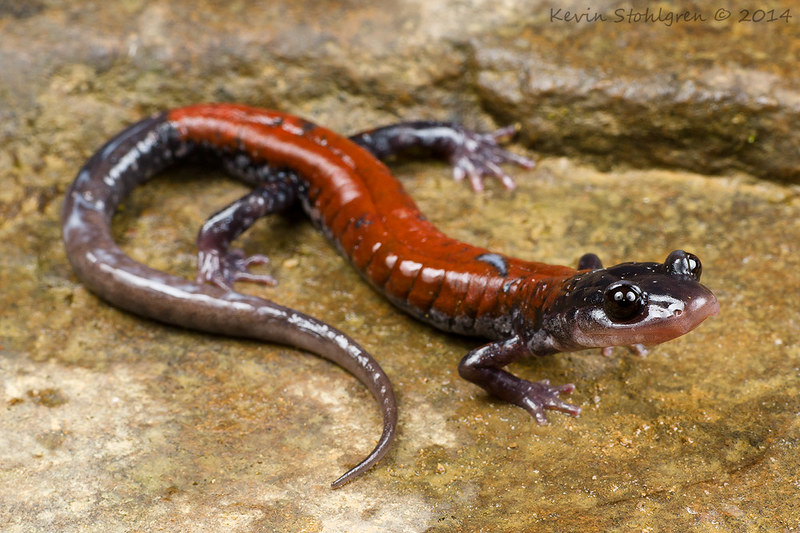 I fixed the catch light on the left, but not the one on the right (too lazy and it doesn't bother me as much) 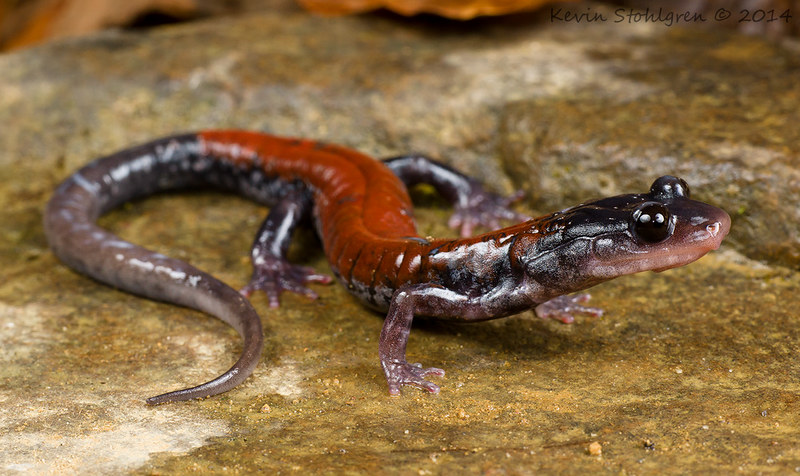 I will still use these when photographing snakes or other non-reflective subjects, as they are much more convenient and easier to set up than my other softboxes, but might be using other ones when the catch lights will be prominent.
Top

Photos look great can you share a link to the generic chinese version? BTW you take less time in the field for great shots than some folks I've been out with.
Top

justinm wrote:BTW you take less time in the field for great shots than some folks I've been out with.

Haha. Well, that's not always the case. But I do try to be quick when I can.